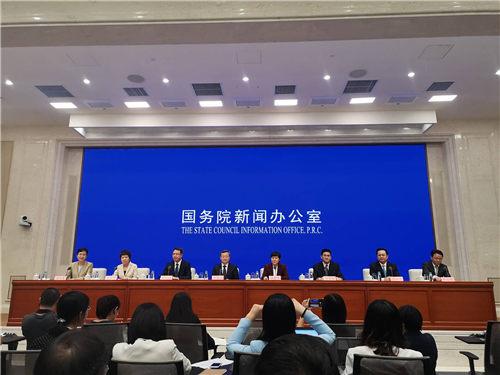 The China (Shandong) Pilot Free Trade Zone — covering a total area of 119.98 square kilometers — will expand high-level opening-up and boost high-quality development through deeper reforms, according to a general plan issued by the State Council on Aug 26.

Focusing on institutional innovation, Shandong FTZ is set to launch a raft of policies and practices that can be repeated in other provinces and regions under the plan.

Officials said that the free trade zone will implement the central government’s goal of  enhancing innovation in economic and social developments, changing the growth model and building China into a maritime powerhouse.

It will accelerate the transformation of old growth drivers to new ones and the development of marine economy, so as to further the opening-up process.

The Shandong FTZ consists of three parts in Jinan, Yantai and Qingdao. The Jinan section covers an area of 37.99 sq km, the Yantai part covers 29.99 sq km while the Qingdao area is the biggest, covering 52 sq km.

According to the general construction plan, the Jinan section will focus on the development of artificial intelligence, industrial finance, medical and health care, the cultural industry, information technology and other industries.

It will carry out comprehensive pilot tests of the new opening-up system and build a national important regional economic center, logistics center and scientific and technological innovation center.

The Qingdao part will focus on the development of a modern marine industry, international trade, shipping logistics, modern finance, advanced manufacturing and other industries.

It will also aim to build itself into an international shipping hub in northeast Asia, an important innovation center in the eastern coastal areas and a demonstration zone for the development of the marine economy — helping the city become an important central coastal city in China.

It will establish a pilot zone for China-Republic of Korea trading and investment cooperation, a marine intelligent manufacturing base and a demonstration zone for national scientific and technological achievements and international technology transfers and transformation.

Officials said the main tasks of the Shandong FTZ include government functional transformations, which is in order to build a world-class business environment, deepening reforms in the field of investment, promoting the upgrade and transformation of trade, furthering openness and innovation in the financial sector, advancing innovation-driven development, as well as developing the marine economy with high quality and strengthening China-Japan-ROK regional economic cooperation.