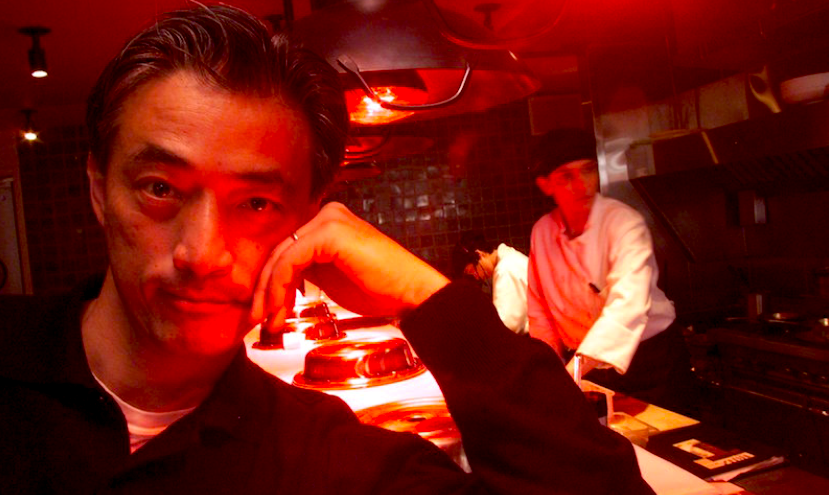 My father once told me to write what I know. I had just gone through a traumatic professional crisis and was out in Los Angeles for Christmas. At some point during that visit I told him I wanted to switch careers and write a screenplay, which was completely ill-advised and more a symptom of my flailing than any real ambition. I remember I was sitting next to him on the bed, and instead of rolling his eyes, which would have been the appropriate response, he scrawled out this sentence on his tablet: write what you know. He explained that he was referring to my recent job catastrophe, the details of which were pretty ludicrous and struck him as an obvious and promising starting point for my nascent screenwriting endeavor. I never did write the screenplay, but his words stuck with me.

That was almost two years ago. In these last weeks, writing something to say at his memorial has seemed so impossible and so freighted that I haven’t been able to figure out a point of entry. In the enormity of losing him, everything feels diﬀuse. I recall moments with him, images of him: a meal, a trip, a joke. But I can’t seem to see him— all of him, my life with him—clearly. When I try to think back on who he was as a father, as a man, I can’t get a grasp on him; it’s like looking at the Pleiades constellation— gaze at the stars directly and you lose them, but let them flicker on the periphery of your vision and you can pick out a few of the lights.

On the flight out here a couple days ago, I re-read his story Pangs of Love. I was struck again by how familiar parts of it feel. There’s no doubt it’s fiction, but for me reading that story is like seeing my reflection in fast-moving water—I can pick out a few recognizable details. The image of seeing Mrs. Pang’s gold crowns when she laughs.

The narrator’s brother with his 2-seater convertible. The paper boats of shrimp dumplings. Of course, I’m in a privileged position: I know the source material, can spot the reference. Most people don’t experience the story that way. But now I get it: it was invented, but he started with what he knew. One man’s life, real and imagined. And that memory of sitting on the bed with him came back to me. So I will take his advice. I may not be equipped to sum anything up, nor can I get a read on the big picture, but at least I can write what I know:

I know that my father always took me seriously. From my earliest memories up to our very last conversation. He would really listen to what I was saying and respond in a way that made me feel so worthwhile, and legitimate, and important. And for that I’m forever grateful.

I know we also had an absurd, insular, inexplicable shared sense of humor, and I remember often dissolving into hysterics with him. I’m not sure if I ever felt a bigger sense of accomplishment as a kid than when I made him laugh so hard he cried.

I know that in the best times our household in Venice seemed like a little solar system, and David was the sun around whom we would orbit, basking in his warmth and charisma and intelligence. I also know that in the worst times of his illness he was still that same sun, and as we all navigated our diverging trajectories in the chaos and terror of disease, he’d still keep us on track, keep us centered.

I know that when I see the blue of a Vermeer or the red of a geranium I will think of him.

I know that, despite careful note-taking and numerous stints as his sous-chef, I will still never be able to make his chicken marinade exactly as he did.

I know that I have mastered his Cantonese steamed fish, and I will make that dish for the rest of my life.

I know that having him cook for me was just the best.

I know that I would give anything to be able to cook with him one more time.

I know that last Christmas, when my sister requested duck ragú pasta for dinner and my dad was too weak and tired to cook it himself, all I wanted was to do that recipe justice, to please and nourish Sogna and Jackie, and that when I brought a bowl into the bedroom to show my dad my handiwork and he gave me his big thumbs up, I’ve never been prouder.

I know that, through both nature and nurture, I have inherited and osmosed all these ideas from him about cooking and family, and am just starting to piece together what I think he understood all along: that food is some sort of emotional conduit, a way of communicating and connecting and loving that sometimes comes more naturally or can be expressed more freely than words.

I know all these things for certain. The rest is, as of yet, a blur. So since my father was the writer, I’m going to finish with his words, since he already wrote what I guess I wanted to say in the first place. Total thievery, but I think he’d be ok with it. At the end of his novel is a page of acknowledgements. The final one is for me. It reads: “Last, more than anything else, this book is about family and love. I could not have written such a narrative, at least in its present form, without my son, Jules, who taught me to respect family and how to love.” I would say he taught me the same thing.