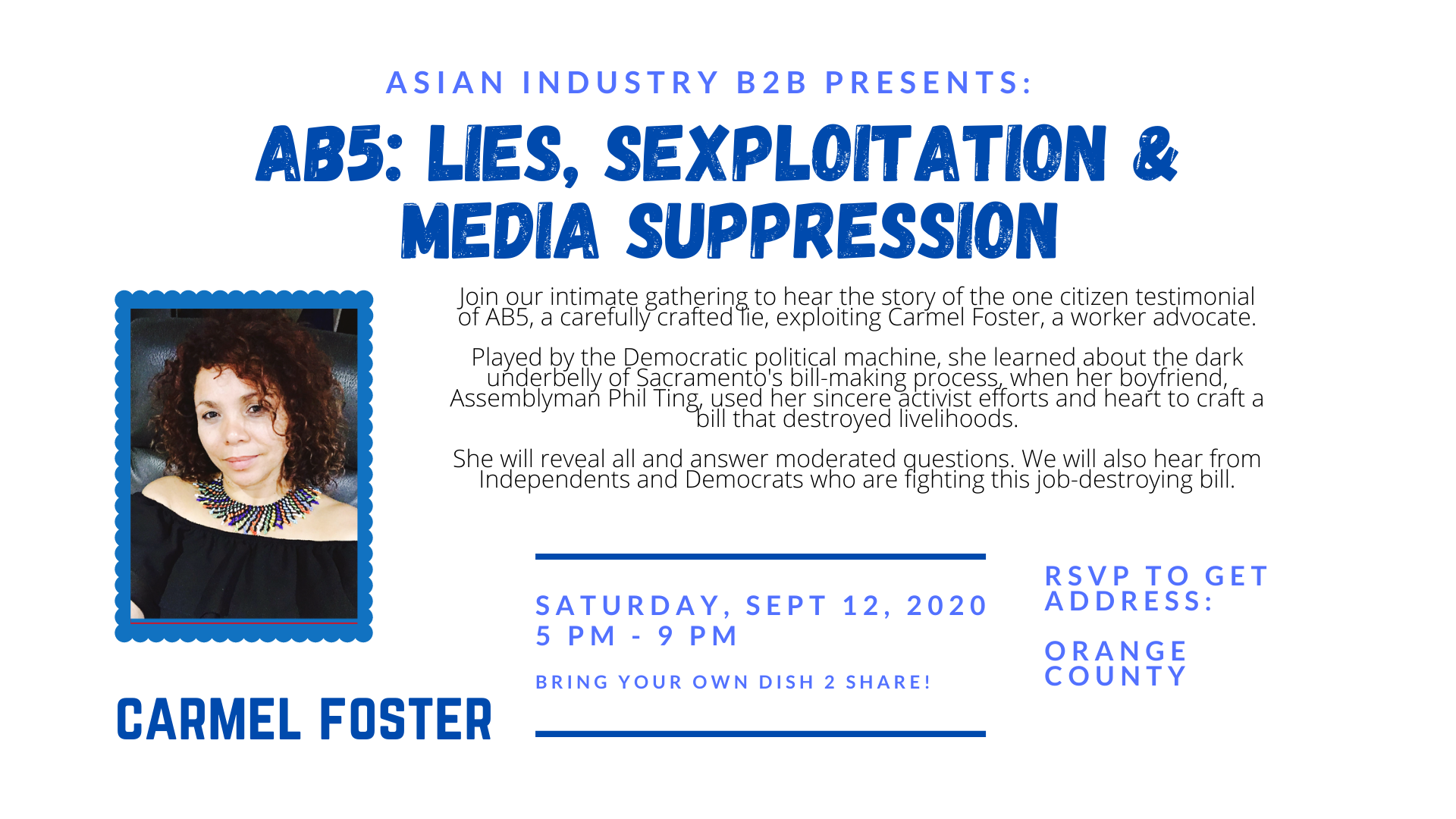 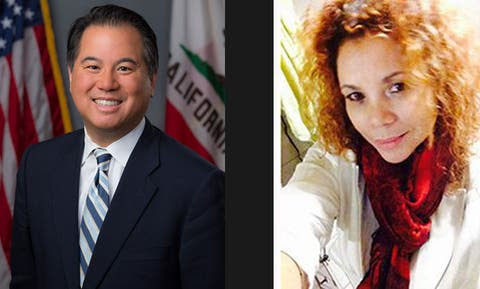 Thursday, September 3, 2020 – GARDEN GROVE – This exclusive Asian Industry B2B (AIB2B) event is only for members, vetted partners and press. It will be held in a private home to a limited number of attendees. Please reply to this email or RSVP on the eventbrite link to secure your spot. You will subsequently receive the address in Garden Grove.

AIB2B has been working with grassroots Independent and Democratic coalitions opposed to the AB5 legislation to build communities and partnerships, which has destroyed the “gig economy” and the ability for part time workers to access 1099 opportunities, decimating certain industries. You will also hear from these grassroots organizations as a warm-up act to Carmel’s speech.

Earlier this year, our members on the board of the California Trucking Association successfully fought back AB5 and were granted a temporary extension for the industry as a whole to continue operating in California. Other affected members around AB5 include our many independent contractors in the translation services, freelance and entertainment industries, who have not been granted any exemptions. In fact, AB5 audits are happening and certain businesses are getting fined. Others are avoiding hiring California contractors, period.

After this, the law was quickly ushered in. After this scandal was revealed, top lawyer Harmeet Dhillon weighed in on the scandal (see below for her tweets) after the Democratic leadership under Speaker Anthony Rendon quickly apologized for Phil Ting and swept the situation under the rug. Most of mainstream media followed suit.

AIB2B invites press to continue upholding truth and holding our government officials accountable by attending this event, meeting Carmel Foster to ask honest questions and to cover the event.

The event will be centered around grassroots efforts against AB5 and then Carmel’s story as a domestic worker advocate and the series of events resulting from her affair with the Assemblyman and being used as a pawn to usher in a bill that has impacted millions. Foster now regrets past events and is fighting to bring awareness to the dark underbelly of Sacramento bill-making.

The press will be allowed to ask questions directly to Carmel during the Q&A portion.