Conference on cooperation with ASEAN countries opens in Shandong 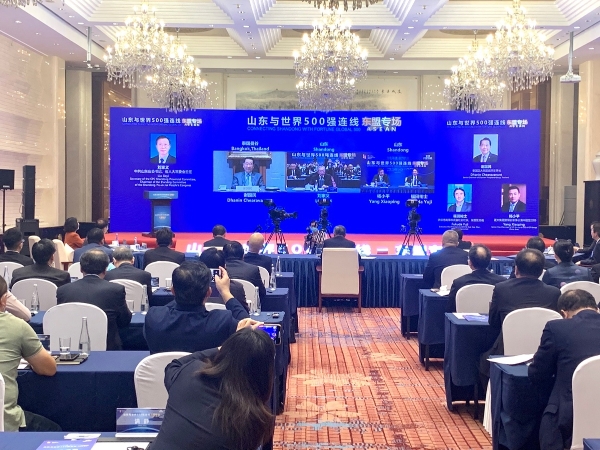 Agreements for 10 key projects were signed online between transnational corporations from ASEAN countries and Shandong province.

The projects, which covered the healthcare, equipment manufacturing, and modern service industries, received a total of $1.01 billion in investment and $115 million in contractual foreign investment.

The event, which is a part of the “Connecting Shandong with the Fortune Global 500” series, featured both online and offline channels and attracted 11 officials and entrepreneurs from seven countries in search of cooperation opportunities.

From January to August this year, Singapore’s investment in Shandong increased by 151 percent, and imports and exports between the two places increased by 104 percent.

Liu expressed hope that more cooperation between Shandong and Singapore would be carried out to deepen finance markets and expand foreign trade.

The province’s flourishing grain and oil industry attracted investment from Wilmar, a leading ASEAN corporation that plans to continue increasing investment and deepening cooperation with the province.

Wilmar has invested a significant amount in grain and oil projects in the cities of Jining, Qingdao, Yantai, Dezhou, and Tai’an.

China is Cambodia’s largest trading partner and tourism investor, said H.E. SEANG Thay, Secretary of State of the Ministry of Commerce of the Kingdom of Cambodia.

He said that Cambodia welcomes investment from around the world, particularly from Shandong province.

ASEAN has become Shandong’s largest trading partner, and the value of trade between the two places from January to August reached $24.62 billion, a year-on-year increase of 15.1 percent.