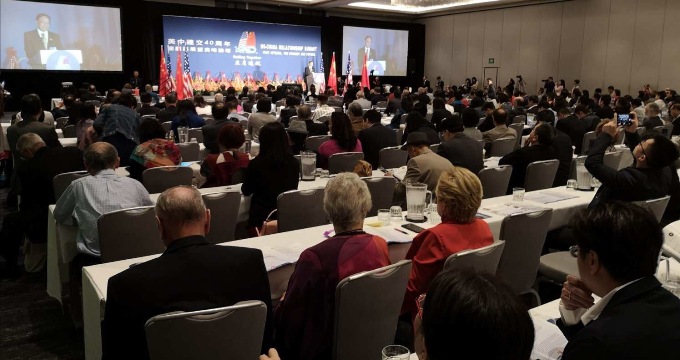 More than 400 individuals who attended the Summit had an opportunity to hear prepared remarks from Guest Speakers from the states and China. These leaders spoke about their personal journey and opinions about the China and U.S. bilaterature relations of the past and future 40 years. 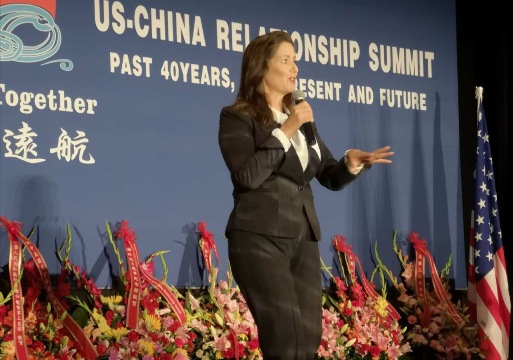 “It is natural for close partners to experience periods of conflict and contention, I am an optimist. I think the future remains bright thanks to the enduring strength of the relationships we have all built together, We need to do it by building bridges, not walls” Kounalakis said. 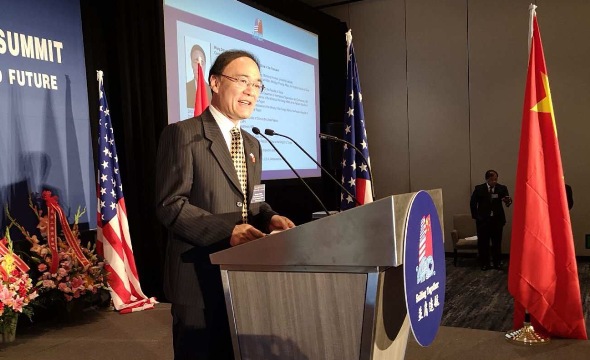 “What have been achieved over the last four decades shows that China and the United States are important partners, rather than strategic adversaries,” Chinese Consul General in San Francisco Wang Donghua said 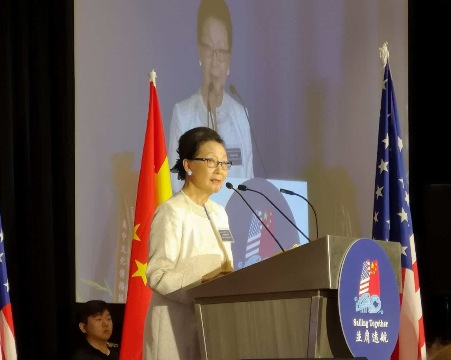 Florence Fang, chair of the summit in her speech said: “The United States of America & the People’s Republic of China’s relationship kicked off on Aril 1971, when the national American Table Tennis team visited China, known by the world as the “Ping-Pong Diplomacy”. “

“Table tennis, translated into Chinese characters as “Ping Pong”乒乓. The two words come from the same sound when the little ball drop & knock on the table it was played on. Playing Ping-Pong means to have back and forth exchange actions between two players – a wonderful analogue for US-China relations exchange. The diplomacy worked for the U.S. and China. The goodwill exchanged between the Ping Pong players began the unstoppable process of developing U.S.-China relations.”

In 1972, United States President Richard Nixon visited China and opened the relationship. It wasn’t until January of 1979 when President Jimmy Carter granted full diplomatic recognition and normalized relations to the People’s Republic of China. That was followed by Chinese Vice-Premier Deng Xiaoping visit to the United States and the doors opened completely to a new era of foreign relations between these two great countries. This year, 2019, marks the 40th year since that historic opening up. “

“During these past 40 years, the two countries’ relationship has been up and down, but has gone in a positively forward.  Although the last couple years have been turbulent, I think the base of the relationship, people-to-people friendship has to continue. That is why I am motivated to have this Summit. “

“Today’s commemoration of the 40th Anniversary of normalized relations between the United States and China, is not just a celebration. But also to reflect on the past, examine the present and hope for the future.”

“For myself as a Chinese American, I have witnessed America’s promise and fulfilled my American dreams. I hope and I know the good that can come when China and the United States complement each other’s differences and work in harmony and cooperation. For this important bilateral relationship, I put my best efforts.”

“In 2013, the Florence Fang Family Foundation and the Ford Foundation provided the seed funding to establish the 100,000 Strong Foundation as part of former Secretary of State Hillary Clinton’s initiative responding to President Barack Obama’s 2009 announcement to send 100,000 American students to study in China. In 2015, we reached that goal.”

“In 2016, I bought an original World War II C-47 cargo airplane made in the U.S.A.  It had been flown by American pilots known as the Flying Tigers for their missions in China. I donated this American airplane to China with the Flying Tigers Historical Organization, and also under the blessing of then- U.S. Ambassador to China Max Baucus. Now this airplane is permanently on exhibit in the Guilin Flying Tiger Heritage Park in China, as a symbol of good long-standing friendship between US & China.”

The summit was launched by Florence Fang Family Foundation, a non-profit organization established in 2011 to enhance mutual understanding and cooperation between the people in the United States and China. 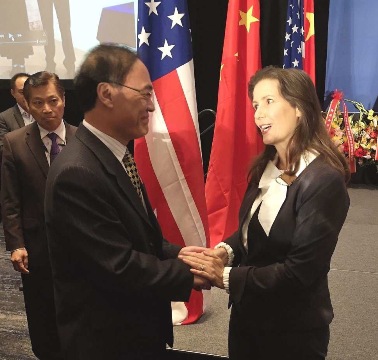 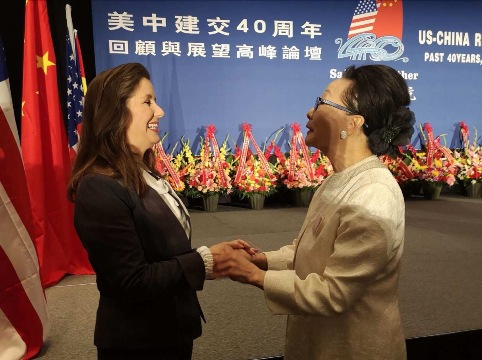 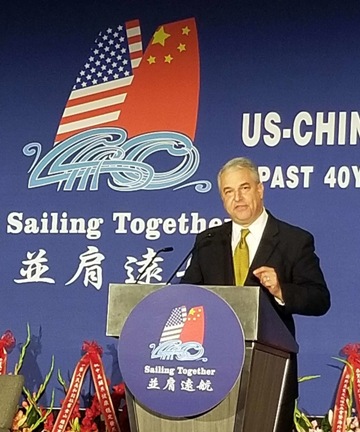 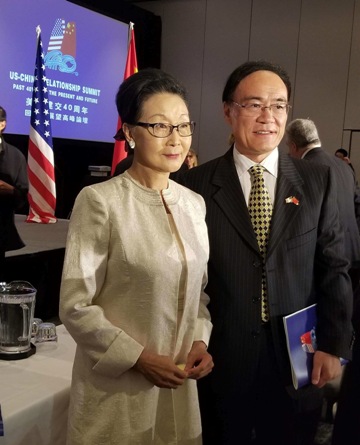 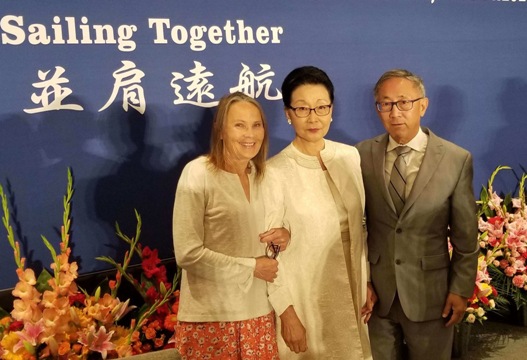