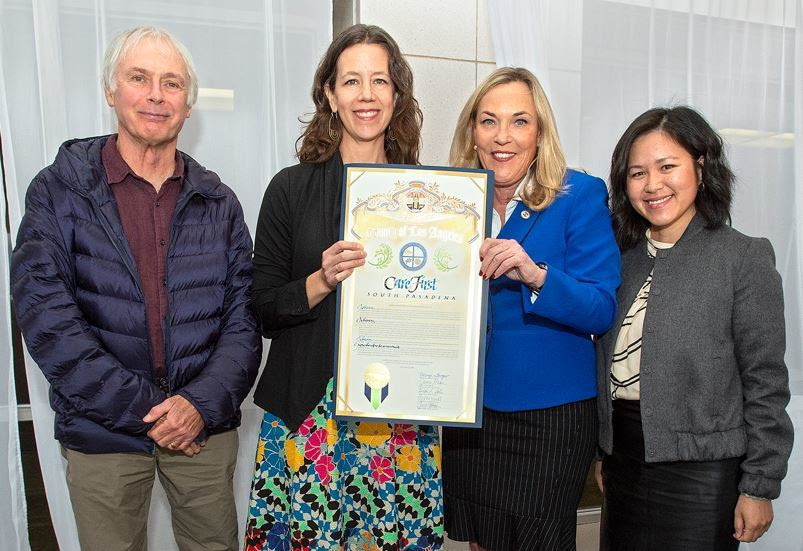 The Fifth District honored Care First South Pasadena, a coalition of residents committed to fighting racism and advocating for marginalized groups who were a driving force behind the city’s Sundown Town Resolution.

“Inequities from our past – no matter how long ago they occurred – must be addressed and corrected,” said Supervisor Barger. “Care First South Pasadena shone a light on local discriminatory practices and policies that excluded people of color from buying homes and barred their children’s access to community programs. City of South Pasadena leaders then took action, passing a resolution that brings equity training to city staff, removes racially restrictive language from existing deeds, and integrates diversity into its public programs. I applaud those efforts. The Sundown Town Resolution is a reminder to us all that it’s never too late to right a wrong.”