The UCLA Division of Humanities, Department of English and Asian Language & Culture, hosted The Crescent Moon Symposium at the UCLA faculty center on May 4th, in studying of May Fourth Movement 99th anniversary and one of most noted literature society “Crescent Moon” after the movement.

According to Co-organizers Dr. King-Kok Cheung and Dr. Michael Berry: The Crescent Moon Symposium is intended to build bridges that span across languages, cultures, disciplines, periods, and nations; that cross barriers between life and art, faculty and students, academia and communities. It also re-examines gender biases and sexuality norms; reveals alternative masculine and feminine ideals, and a spectrum of sexual orientation. UCLA can be the hub of a new, invigorating Crescent Bloom Society for the 21st century.

All four were members of the Crescent Moon Society新月社, established by Xu Zhimo and Hu Shi and designed as a counterpart of the Bloomsbury Group of England. Three also happened to be prolific epistolary writers. A cosmopolitan friendly with Katherine Mansfield, Roger Fry, and Rabindranath Tagore, Xu was most famous for his Chinese poetry and love letters. Hu Shi corresponded with Bertrand Russell, Arthur Waley, and a number of American literary luminaries. Ling Shuhua corresponded with Virginia Woolf, Vanessa Bell, and Julian Bell.

Two of the four keynote speakers are descendants of Xu Zhimo and Ling Shuhua, respectively: Tony S. Hsu徐善曾, Xu Zhimo’s only grandson and author of Chasing the Modern 《志在摩登》(2017); Sasha Su-Ling Welland 魏淑凌 (U of Washington), grandniece of Ling Shuhua and author of A Thousand Miles of Dreams: The Journeys of Two Chinese Sisters (2007).

The other two keynoters are Susan Chan Egan陈毓贤, co-author of A Pragmatist and His Free Spirit: The Half-Century Romance of Hu Shi and Edith Clifford Williams (2009), and Michelle Yeh (UC Davis Distinguished Professor ), author of Modern Chinese Poetry: Theory and Practice since 1917 (1991).

During the speech Ms. Egan described how Hu Shi and Xu Zhimo became embroiled in each other’s love lives, how the two fed off each other’s energy, and how this is reflected in their poetry.

The symposium also featured a round table discussion of the Crescent Moon Society (a literary society named after a volume of prose poems by Rabindranath Tagore) and its Bloomsbury connection, and a literary salon with bilingual readings, songs, slides, and documentaries about Xu, Hu, and Ling. Round table participants include the four keynoters, Visiting scholar Liu Cong 刘聪 (Liang Shiqiu  梁实秋scholar), and three UCLA faculty members (Michael Berry白睿文, King-Kok Cheung张敬珏, Louise Hornby).

The symposium was a great success with those top tier Chinese literature scholars, especially four keynote speakers for such eloquent, informative, and often personal, presentations. . Only one day after, Dr. Michael Berry said: “Several undergraduate and graduate students have already written to me expressing how much they learned from the event. One visiting scholar even wrote to tell me that this was the single most ‘unforgettable experience since coming to UCLA.'”

Hollywood scriptwriter Xiaolin Shi said: The Symposium reaffirms the spirit of May Fourth era, that is questioning and freethinking.

Genevieve Finn (Hainan/Malay/Hapa), a student taking Dr, King-Kok’s course on Interracial Encounters in California Fiction wrote a comment,  “I immensely enjoyed the Crescent Moon Symposium. Michelle Yeh’s morning talk not only illuminated the poetry of Xu Zhimo for me, but also changed my perspective on Chinese literature as a whole. Yeh, a writer, editor, and scholar based out of UC Davis presented on Xu Zhimo’s role as a romanticist, identifying Western influences in his work and contextualizing the Romanticism movement as revolutionary and avante garde in its introduction to China in the early twentieth century. “

Serena Nguyen, Vietnamese Chinese, a student of Dr. King-Kok’s Asian American Literature course,  said, “The transnational literature movement sought to combine the East and West and was the most impressive to me. Life and literature, transpacific lovers in life and in text were very large themes that ran throughout the speech. It was also empowering to learn about the women who went on to pursue a higher education, an incredible feat back then, but taken for granted today. The May Fourth movement, Crescent Moon Symposium, and these eloquent speakers all provide the contemporary Asian American community some role models for innovative thinking and beautiful words.”

Co-organizers King-Kok Cheung and Michael Berry would like to thank Susan Chan Egan, Tony S. Hsu, Sasha Welland, and Michelle Yeh for their scintillating keynotes; Louise Hornby and Liu Cong for participating in the Round table discussion; David Schaberg, Dean of Humanities and Lowell Gallagher, Chair of the English Department for launching this event, as well as the following co-sponsors for their generous contributions: Asian American Studies Center, Asian American Studies Department, Asian Pacific Center, Center for Chinese Studies, Center for the Study of Women, Confucius Institute, Department of Asian Language and Cultures, Institute of American Cultures, and International Institute. 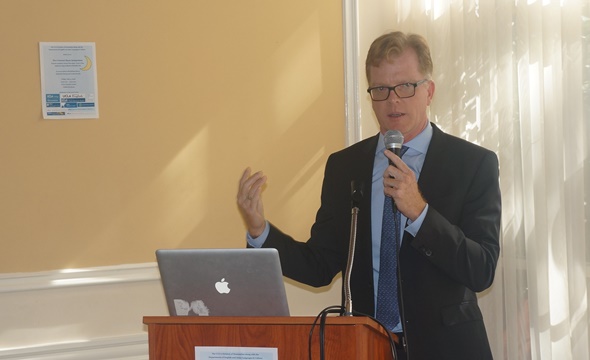 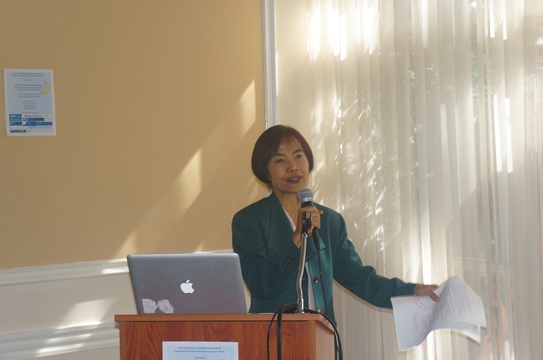 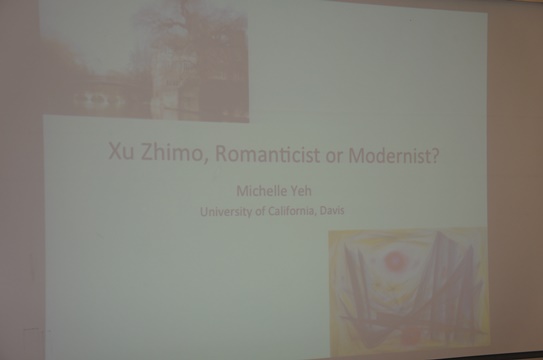 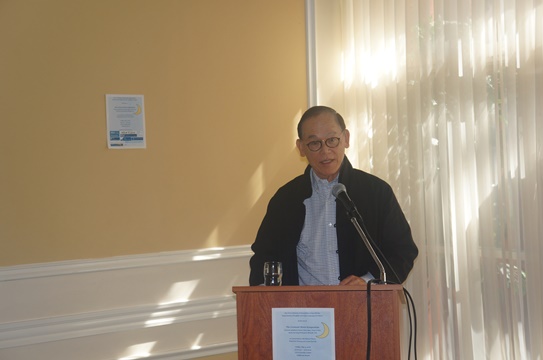 Keynote Speaker: Tony Hsu, ” Xu ZhiMo, the Man Behind the Myth: What Following This Poet’s Journey REvealed to me about My Grandfather” 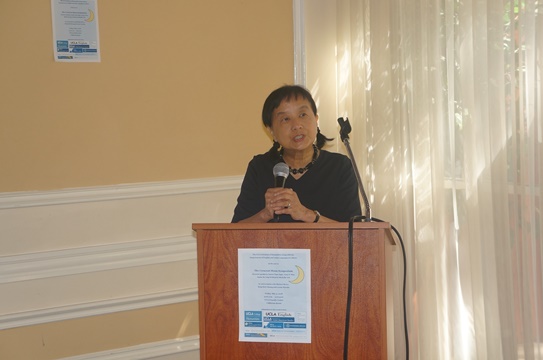 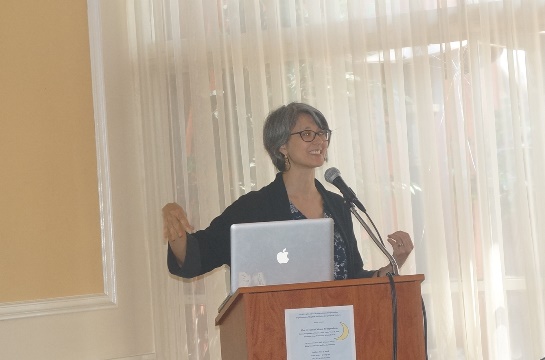 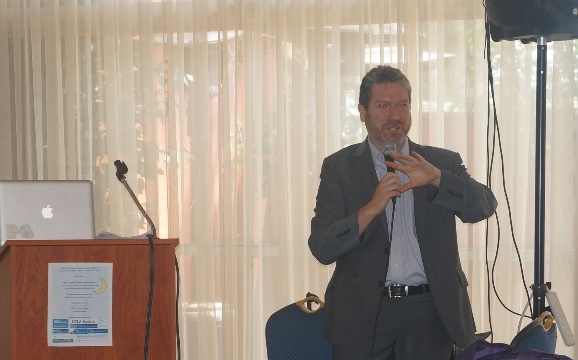 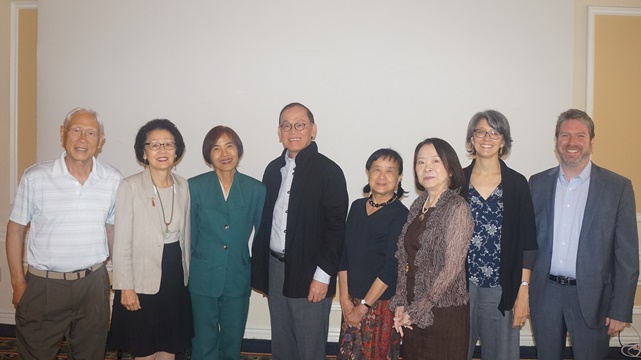 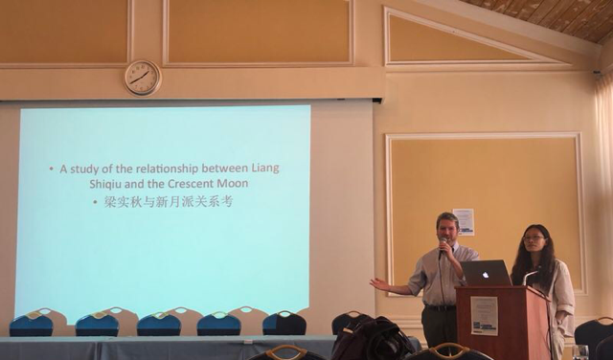 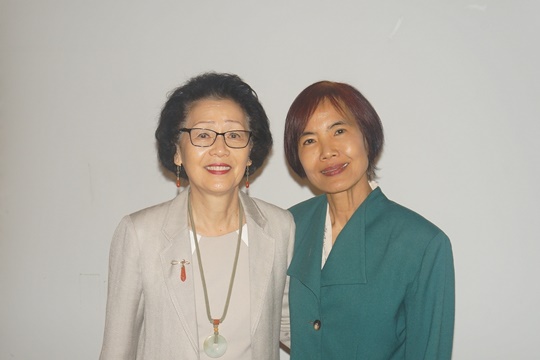 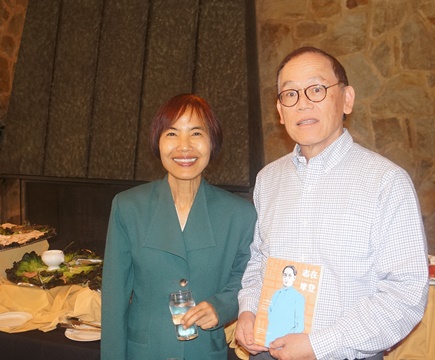 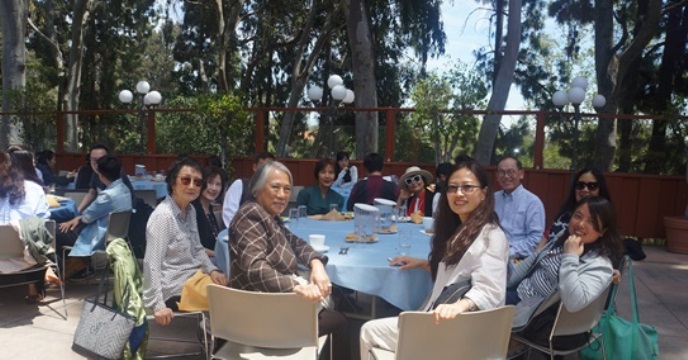 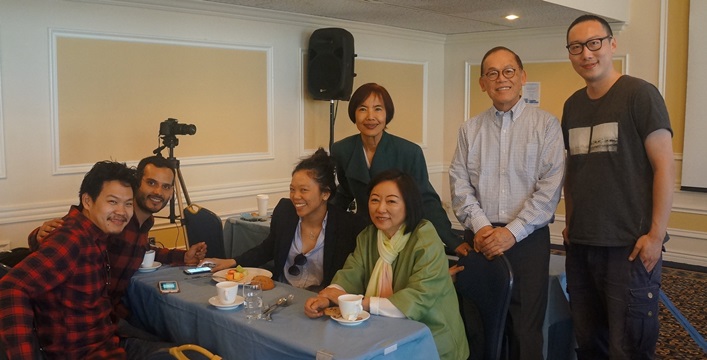 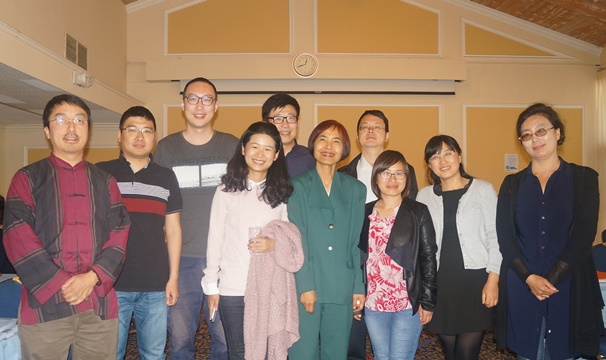 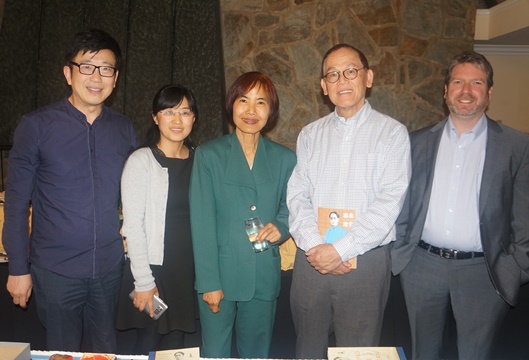