The Friendly Shandong, Hometown of Confucius exhibition was recently held in Auckland, New Zealand, offering a chance for locals to get a glimpse of the province’s unique cultural charms and picturesque natural landscapes through the medium of photography.

The six-day exhibition, jointly sponsored by the Shandong Provincial Department of Culture and Tourism and the China Cultural Center in Wellington, displayed more than 100 photos in five sections covering the province’s history, customs, festivals and cuisines.

Sun Jiye, vice governor of Shandong, said that Shandong is an economic powerhouse with a large population, rich cultural relics and tourism resources, while the province is also one of the cradles of Chinese civilization, known as the hometown of Confucius and Mencius.

Shandong and New Zealand have great potential and broad prospects for cooperation in culture and tourism, Sun added.

He expressed his hope that the photo exhibition will generate opportunities to further enhance mutual friendship, deepen cultural and tourism cooperation and common development.

He said that New Zealand was the first developed country to sign a free trade agreement with China and it is also the only western country to set up a Chinese Language Week in its official calendar.

The exhibition helped open a new window for local people to learn more about China and Shandong province, and further promote cultural exchanges and tourism cooperation between the two countries, he added.

A promotional video of Shandong’s rich and colorful culture, as well as its popular scenic spots, was shown to visitors.

Also available to visitors was a dazzling display of the province’s tourist souvenirs such as luggage tags, canvas bags and the English version of the  Shandong Tourism Guide. 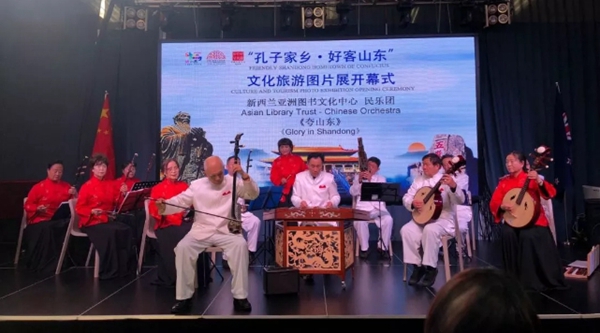 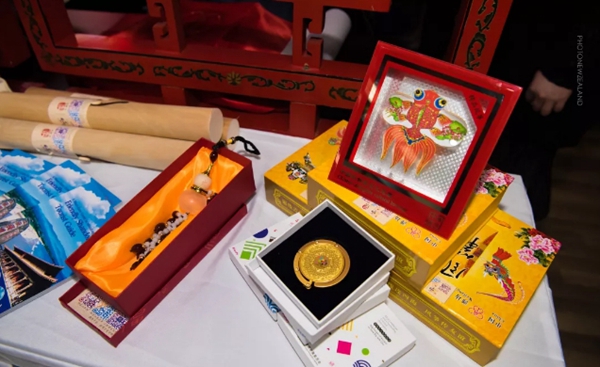 Some of Shandong province’s tourist souvenirs are displayed at the exhibition. [Photo/WeChat account: sdswltwx]