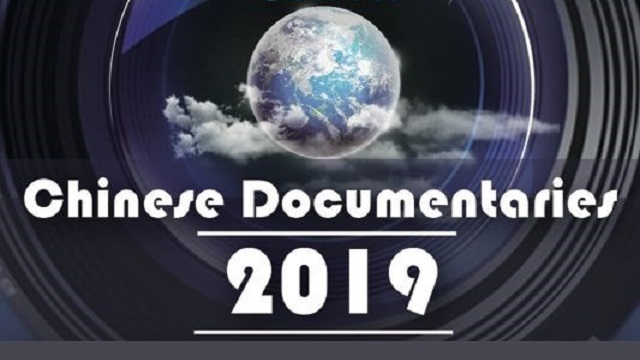 The film focuses on two post-00s, known as a generation born and raised after China’s accession into WTO. They were only five when the film began to shoot and they have been seventeen when the twelve-year follow-up shooting draws an end.

In 2006, Ryan (Chi Yiyang), the male protagonist and also known as the “king” to kids in the same kindergarten, faced with a boycott by those kids’ parents since he was usually offensive, particularly in his war game. Rose (Wang Sirou) buried herself into her wonderland and was thus unsociable. Ryan found it worse in his primary school due to his bad grades, and he even felt desperate after getting repeatedly scolded by his teacher; Rose, however, faced a dilemma in his seemingly-free host family that whether to attend a traditional school. It was in his middle school that Ryan unexpectedly fell in love with American football, which redirected and motivated his life, before unfortunately arriving at a low ebb, being criticized for his puppy love and rejected by a US school he applied for, just to name but a few. As for Rose, she gave an A-graded academic performance yet was forced to leave her host family. A decade later, Ryan, as a football player in China’s national team, fought for IRB Junior World Championship, and sang solemnly the national anthem, a song he usually sang in front of his fellow boys when he was five, in the opening ceremony. Rose chose to work as a volunteer worker in her kindergarten after returning to China in her summer vacation, during which she realized that no one lives in the center of others’ life and determined to be a woman helpful to the society.

What does it feel like to be a stranger in a country that you’ve lived in for twenty years? Two rootless and tenacious Chinese immigrants, Quan and Fen, try to find a home in each other on foreign soil. However, under this seemingly peaceful life, loneliness, the separating with family and the loss of parents regret are still lingering deeply on their minds. This reflective film is not a news profile about the American Dream, it’s about people who live along the periphery of that dream and it will serve as a meditation on what it means to be rootless and a perpetual foreigner.

Coming from different Tibetan nomad families, three young girls meet at a vocational school in the city, where they study beauty and hairdressing. They follow their hearts and pursue their own dreams. They try to make sense of the conflicts that they go through from living in the countryside and the city. Their experiences in the countryside provide them a sense of life, while their experiences in the city inspire them to dream big. Each of them lives their own unique life. In their life journeys, they experience fear, confusion and joy, but they never give up on their dreams.

Academic Symposium / 10:00-12:30 / 13:30-16:00
Zhifeng Hu胡智锋 (BNU): Three Dimensions of Chinese Documentary Making in Recent Years
Tongdao Zhang张同道 (BNU): Chinese Education in Documentary
Yiwen Wang王宜文 (BNU): Chinese Expression under the Background of “Big Era”
Chenghu Yang杨乘虎 (BNU): Documentary and National Image Building
Gang Chen陈刚 (BNU): Real Fiction and Fictional Reality: Media Text and Historical Narrative of
Contemporary Historical Documentary in China
Qipeng Fan樊启鹏 (BNU): From the perspective of First-person Documentary
Jing Wu吴静 (BNU): Comparative study of Tracking Documentaries——Take “7 Up”,”21 Up
America” and “Born in 2000” as Examples
Fei Xing邢菲 (BNU): Hosting a Screening by Crowd-Funding —— the New Way of Bringing
Documentary Works to Ordinary Audience in China
Yifan Wang王一帆 (BNU): The Research of Family Culture in Chinese Documentary
Shizhe Zhang张士哲 (BNU): “The River in Me”: the Chinese Native Tone Recorded by Film and
Television Anthropology
Xiaolv Zhang张晓绿 (BNU): Analyzing the Inheritance and Change of Chinese Family Culture
from the Documentary “Four Springs”
Meng Yuan袁梦 (BNU): Viewing the Image Expression of “The Story of Chuaner” from the
Cinematic Language
Lin Du 杜琳 (UCLA): Striking Balance in the Tumult of Power: The Production Culture of Chinese
Film Industry in the 1950s through the Case of Film From Victory to Victory
Yiyang Hou 侯弋飏 (UCLA): Tracing the Currents of Modernity: The Yangtze River and its
Cinematic Embodiment in Three Chinese Films
Shiqi Lin 林诗琦 (UCI): Politics of Anxiety in Documenting Disappearance
Xingyu Pan 潘星宇 (UCLA): Xiao Wu: Jia Zhangke’s Meditation on the Marginality in Post
Socialist China
Yuzhou Wang王玉舟 (UCLA): Her Past and Present: The Perceived Femininity in The Original
and Remake of Manhunt in China

Four Springs is a documentary film that presented a family’s daily life in the remote town of Dushan in the Guizhou province in southwest China. From a subjective angle, the camera induced the flow of life out of the screen: the quotidian toils, singing, excursions in nature, visits among friends and extended families, funerals, reunions and departures. It presented the state of being of the two main characters, the director’s own parents, and their attitude when facing irretrievable loss in life.

Disguised as a girl growing up during the time of one-child policy in China, Yan confuses about his gender identity and struggles with the conservative world around him now. Drifting his dad’s old taxi becomes his way of expressing feelings.

The course of a romantic relationship plays out over a series of haircuts overseas through a single fixed camera’s point of view.

During Summer Break, a young woman travels back to her hometown in Guizhou. Through a distant but somehow intimate observation, she sees different faces of people and places that she used to be close with.
In Person: Liang Zhao 赵亮, Director