SAN FRANCISCO, Nov. 3, 2019 /PRNewswire/ — The Breakthrough Prize celebrated recipients of its 2020 Breakthrough Prize at a glittering awards ceremony at the NASA Ames Research Center in Mountain View, broadcast live on National Geographic. Renowned as the “Oscars of Science,” the awards brought together luminaries in the science and tech communities alongside celebrities, athletes, musicians and dozens of current and prior Breakthrough Prize laureates for a festive celebration of science. 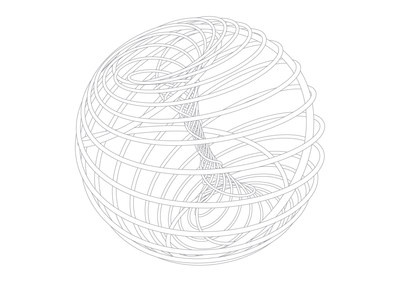 A combined total of over $21 million was awarded this evening, in recognition of groundbreaking research achievements in Life Sciences, Fundamental Physics and Mathematics. Each Breakthrough Prize is $3 million, the largest monetary prize in science.

The evening also featured performances by Lenny Kravitz, will.i.am, who was introduced by Adriana Lima, and Rachel Zhang.

Images and select video from the 2020 Breakthrough Prize Gala — red carpet and ceremony– can be downloaded for media use at: http://www.image.net/2020BreakthroughPrize.

The theme of the evening was Seeing the Invisible, inspired by the Event Horizon Telescope Collaboration, the winners of the Fundamental Physics Prize, who first imaged a light-engulfing supermassive black hole in April, 2019.

This year, a total of seven $3 million prizes were awarded to nine researchers, including the 2019 Special Breakthrough Prize in Fundamental Physics presented to Sergio Ferrara, Daniel Z. Freedman and Peter van Nieuwenhuizen for their invention of the theory of supergravity. In addition, three $100,000 New Horizons in Physics Prizes totaling $300,000 were awarded to nine early-career physicists, and three New Horizons in Mathematics Prizes totaling $300,000 were awarded to three early-career mathematicians. Ferrara, Freedman and van Nieuwenhuizen received their Prize from Drew Barrymore and Robinhood co-founder Vlad Tenev.

The 2020 Breakthrough Prize in Fundamental Physics was awarded to all 347 members of the Event Horizon Telescope Collaboration representing 60 institutions in 20 countries. The award was presented by LeVar Burton and Mark Zuckerberg.

The 2020 Breakthrough Prize in Mathematics was awarded to Alex Eskin (University of Chicago). The award was presented by Adriana Lima and Activision Blizzard CEO Bobby Kotick.

In addition, six New Horizons Prizes – an annual $100,000 prize recognizing the achievements of early-career physicists and mathematicians – were awarded.

The Breakthrough Junior Challenge — a global, science-video competition — recognized Jeffery Chen of Burlingame, California, with a $250,000 scholarship and an additional $150,000 in educational prizes for his science teacher and school. Chen’s award was presented to him by Taraji P. Henson and Julia Milner.

The Breakthrough Junior Challenge is a global science video competition, which this year attracted more than 11,000 registrants. The contest is designed to inspire creative thinking about fundamental concepts in the life sciences, physics, and mathematics. In recognition of his winning submission, 17-year-old Jeffery Chen received up to $400,000 in educational prizes, including a scholarship worth up to $250,000, another $50,000 for his science teacher who inspired him, and a state-of-the-art science lab valued at $100,000 for his school, Burlingame High School, which will be designed by and built in partnership with Cold Spring Harbor Laboratory.

Since its inception in 2012, the Breakthrough Prize has awarded $239 million to honor paradigm-shifting research in the fields of fundamental physics, life sciences and mathematics.

For the seventh time, the ceremony was directed and produced by Don Mischer, alongside executive producers Charlie Haykel and Juliane Hare of Don Mischer Productions.

Images and select video from the 2020 Breakthrough Prize Gala — red carpet and ceremony– can be downloaded for media use at: http://www.image.net/2020BreakthroughPrize.

2020 BREAKTHROUGH PRIZE IN LIFE SCIENCES
The Breakthrough Prize in Life Sciences honors transformative advances toward understanding living systems and extending human life, with one prize dedicated to work that contributes to the understanding of neurological diseases.

Citation: For the discovery of a new endocrine system through which adipose tissue signals the brain to regulate food intake.

Description: Since his 1994 discovery of the molecular pathway that regulates body fat, Friedman has been at the forefront of establishing the biological basis of obesity. His research elucidated the “leptin system” operating below the level of consciousness and “will power” that regulates when, what and how much we eat. Leptin therapy now treats patients with lipodystrophy, a rare but very severe form of diabetes. Leptin also has potential for a treating the subset of obese patients with low leptin levels as well as being used as part of new combinatorial therapies for patients with high leptin levels and who are resistant to leptin. The discovery of leptin has provided a new framework for understanding the pathogenesis of obesity by delineating the physiological and neural mechanisms that regulate food intake and body weight.

Description: Collaborating between New Haven and Munich, Hartl and Horwich discovered the supporting machinery that enables proteins to properly fold into the precise shapes necessary to perform their myriad jobs within the cell. As we age, this machinery might slow down and could leave proteins messily clumping – “like the white of an egg congealing in a hot frying pan” – and setting the stage for cancer as well as Alzheimer’s, Parkinson’s, Huntington’s and other neurodegenerative diseases. Current research is investigating how to repair or support the cell’s folding machinery to inhibit protein clumping and preserve healthy functioning as we age.

Description: Julius discovered cellular signaling mechanisms that produce pain sensation. Among other curiosities, he found that chili peppers and menthol trigger the same sensory receptors in the nervous system that ordinarily respond to heat and cold. While most pain functions as an early warning system, chronic pain is debilitating. But by identifying specific cellular targets for the chronic pain of IBS, arthritis, cancer, etc., his team is laying the foundation for the next generation of non-opioid, precision analgesics.

Description: Most patients with Alzheimer’s exhibit a web of tangles in their brain cells made up of tau proteins. In 1991, Lee evolved the “tau hypothesis” which posited that the tangles themselves inhibit the proper firing of neurons. She found similar entanglements associated with Parkinson’s and with ALS, and later uncovered how misfolded proteins could spread from cell to cell through the central nervous system. By working to replicate the pathological evolution of tau proteins, Lee invented a protein roadmap to neurodegenerative disorders and an elucidation of common mechanisms of degeneration. Her research has opened up new avenues for identifying targets for drug discovery.

2019 SPECIAL BREAKTHROUGH PRIZE IN FUNDAMENTAL PHYSICS
The Special Breakthrough Prize in Fundamental Physics can be awarded at any time in recognition of an extraordinary scientific achievement. This is the fifth Special Prize awarded: previous winners are Stephen Hawking, Jocelyn Bell Burnell, seven CERN scientists whose leadership led to the discovery of the Higgs boson, and the entire LIGO collaboration that detected gravitational waves. The Special Breakthrough Prize winners share the $3 million prize.

For the invention of supergravity, in which quantum variables are part of the description of the geometry of spacetime.

2020 BREAKTHROUGH PRIZE IN FUNDAMENTAL PHYSICS
The Breakthrough Prize in Fundamental Physics recognizes major insights into the deepest questions of the universe. The winner of the $3 million prize, is:

The Event Horizon Telescope Collaboration
Director Sheperd S. Doeleman of the Harvard-Smithsonian Center for Astrophysics accepted the prize $3 million on behalf the collaboration, which will be shared equally among the 347 scientists co-authoring any of the six papers published by the EHT on April 10, 2019.

Citation: For the first image of a supermassive black hole, taken by means of an Earth-sized alliance of telescopes.

Description: Using eight radio telescopes positioned around the planet, this global collaboration of scientists at 60 institutions operating in 20 countries and regions captured an image of a black hole for the first time. The composite image showed the supermassive black hole at the center of the Messier 87 galaxy – its mass equivalent to 6.5 billion suns.

2020 BREAKTHROUGH PRIZE IN MATHEMATICS
The Breakthrough Prize in Mathematics honors the world’s best mathematicians who have contributed to major advances in the field. The winner of the $3 million prize is:

Citation: For revolutionary discoveries in the dynamics and geometry of moduli spaces of Abelian differentials, including the proof of the “magic wand theorem” with Maryam Mirzakhani.

Description: Eskin teamed with famed Iranian mathematician and Fields Medalist, Maryam Mirzakhni, to prove a theorem about dynamics on moduli spaces. Their tour de force, published in 2013, is a result with many consequences. One addresses the longstanding problem: If a beam of light from a point source bounces around a mirrored room, will it eventually reach the entire room – or will some parts remain forever dark? After translating the problem to a highly abstract multi-dimensional setting, the two mathematicians were able to show that for polygonal rooms with angles which are fractions of whole numbers, only a finite number of points would remain unlit. Mirzakhani passed away in 2017, at age 40, after fighting breast cancer for several years.

2020 NEW HORIZONS IN PHYSICS PRIZE
The New Horizons in Physics Prize is awarded to promising early-career researchers who have already produced important work in fundamental physics.

Citation: The four share the prize for incisive contributions to the understanding of topological states of matter and the relationships between them.

Citation: The three share the prize for the development of novel techniques to extract fundamental physics from astronomical data.

Citation: The two share the prize for profound contributions to the understanding of quantum field theory.

2020 NEW HORIZONS IN MATHEMATICS PRIZE
The New Horizons in Mathematics Prize is awarded to promising early-career researchers who have already produced important work in mathematics.

Citation: For multiple contributions to ergodic theory, most notably the solution of the weak Pinsker conjecture.

Citation: For contributions to symplectic and contact geometry, in particular the introduction of notions of loose Legendrian submanifolds and, with Matthew Strom Borman and Yakov Eliashberg, overtwisted contact structures in higher dimensions.

Citation: For work in arithmetic algebraic geometry including applications to the theory of Shimura varieties and the Riemann-Hilbert problem for p-adic varieties.

Jeffery’s winning, short video, submitted in the physics category, and titled, “Neutrino Astronomy, A New Frontier” explains the “ins-and-outs” of neutrino astronomy, a branch of astronomy that observes astronomical objects with neutrino detectors in special observatories.

About the Breakthrough Prize
In its eighth year, and renowned as the “Oscars of Science,” the Breakthrough Prize recognizes the world’s top scientists. Each prize is $3 million and presented in the fields of Life Sciences (up to four per year), Fundamental Physics (one per year) and Mathematics (one per year). In addition, up to three New Horizons in Physics and up to three New Horizons in Mathematics Prizes are presented to early-career researchers annually. Laureates attend a live televised award ceremony designed to celebrate their achievements and inspire the next generation of scientists. As part of the ceremony schedule, they also engage in a program of lectures and discussions.