The Second Conference of Great Business Partners and International Summit on Innovation and Development of Youth Entrepreneurs, hailed as Shandong’s first high-level activity this year for opening-up and investment, was held via online channels on June 30.

With its main venue set up in Jinan, the event featured online project promotions in 16 cities across Shandong. 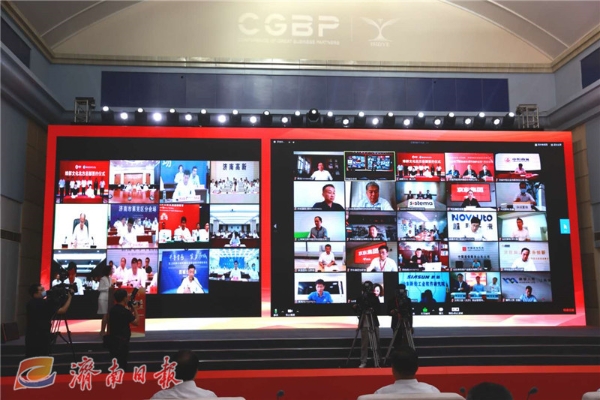 A total of 24 major projects are signed online at the Jinan sub-venue on June 30. [Photo/Jinan Daily]

At the Jinan sub-venue, 24 projects related to sectors such as headquarters economy, intelligent manufacturing and high-end equipment, and new generation information technology were signed. The combined investment value of these projects was 44.3 billion yuan ($6.27 billion).

During the event, Qingdao, a coastal city in Shandong, highlighted its strategy for building the world’s industrial internet capital and signed 18 key projects worth 15 billion yuan.

A total of 12 major projects costing 62.4 billion yuan were inked at the Yantai sub-venue, during which local authorities highlighted the city’s preferential policies, business environment and strategic industries. 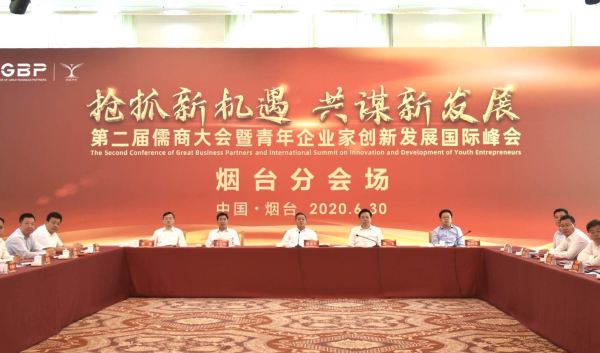 In Dezhou, six projects amounting to 13.9 billion yuan in investments were signed.

About 230 guests attended the event at the Heze sub-venue where the city’s development strategies and industries were promoted. Twelve projects with a total investment of 31.96 billion yuan were signed.

Thirteen projects were signed at the Jining sub-venue, involving 8.5 billion yuan in investment mainly in new infrastructure and industrial development.

A total of 16 major projects costing 25.58 billion yuan were inked at the Tai’an sub-venue.