Strange Tales of the Rivers and Lakes: Mapping Chinese Literatures and Rhetorics of Deception 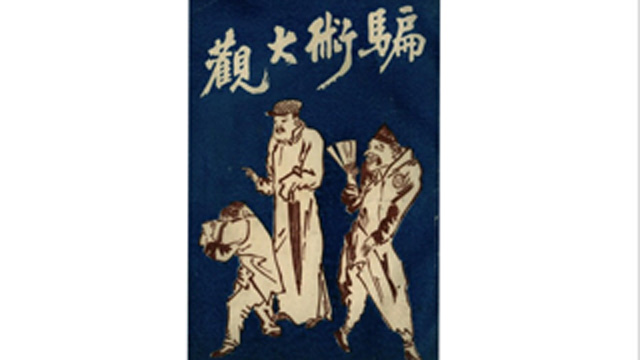 A Panorama of Swindles (1920), by Mr. Uniquely Enlightened

How are stories about deception told in Chinese? Which terms do people use to classify different types of scams, swindles, ruses, and frauds? Are the metaphors of deception the same as those found in English—can you “take someone for a ride” or “fleece” them with “slight-of-hand” in Chinese? And how have Chinese rhetorics of deception changed over time? After all, Americans don’t “humbug” each other as often as they did in the nineteenth century. Drawing on an array of historical, philosophical, literary, dramatic, pictorial, cinematic, and popular culture sources, this talk will map out significant trends and surprising resonances in how different cultures talk about—and even mythologize—deceptive practices. Christopher Rea argues, for example, that stories about the dubious world of the jianghu (Rivers and Lakes) remain influential in the Chinese imaginary landscape of deception, much as the American mythos of the “self-made man” draws on tales of swindlers plying Mississippi riverboats.

Christopher Rea is Professor of Chinese and Associate Head of the Department of Asian Studies at the University of British Columbia, as well as former Director of the UBC Centre for Chinese Research. His monograph The Age of Irreverence: A New History of Laughter in China, which won the Association for Asian Studies 2017 Joseph Levenson Book Prize (post-1900 China), has been translated into Chinese. His other books include China’s Literary Cosmopolitans (2015), Humans, Beasts, and Ghosts (2011), The Business of Culture (2015) (with Nicolai Volland), The Book of Swindles: Selections from a Late Ming Collection (2017) (with Bruce Rusk), Imperfect Understanding (2018), and China’s Chaplin (2019). His current projects include the books Chinese Film Classics and China on the Make.