The Information Office of the Shandong Provincial People’s Government hosted a news conference on March 23 to discuss the province’s guide on digital infrastructure construction, which was recently released.

Lian Kai, deputy director of the Shandong Big Data Bureau, said that the province has benefited greatly from information technology and digital transformation amid the outbreak. 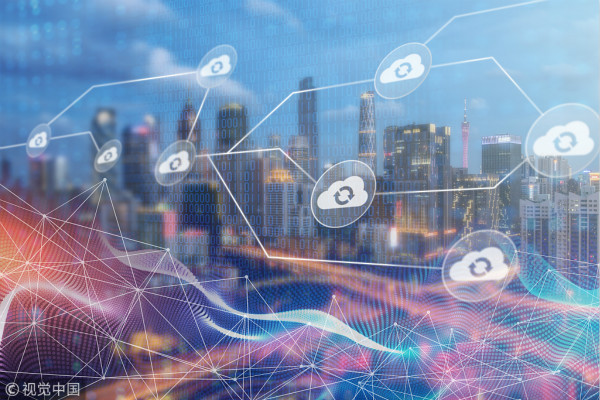 Shandong will work to transform its digital economy into a growth driver for the regional economy. [Photo/VCG]

“Since the beginning of the outbreak of COVID-19, digital economy companies have played an irreplaceable role in mitigating the effects of the disease, promoting consumption-driven growth, ensuring an orderly resumption of production, and safeguarding people’s well-being and social stability,” Lian said.

“The outbreak has tested the strength of China’s digital economy and precipitated the development of a digital China across many different economic and social sectors.”

In an effort to advance the development of the digital economy and accelerate the digital transformation of traditional industries, Shandong has formulated a plan to step up construction on infrastructure related to 5G, data centers, and the industrial internet.

The province aims to achieve full 5G network coverage in urban areas above county level and in key townships (subdistricts) by the end of 2022. In addition, 20 million industrial devices featuring high energy consumption, strong versatility, and high optimization value will be connected to the cloud.

By the end of February, more than 11,000 5G base stations had been built in 16 cities throughout Shandong. Urban areas of Jinan, Qingdao, and Yantai have now achieved full 5G network coverage.

Furthermore, more efforts will be made to promote the development of big data, cloud computing, artificial intelligence, internet of things, and other technologies. The province will integrate digital technology with infrastructure for transportation, energy, water conservancy, and government administration in order to build an intelligent society and modernize social governance.

In addition, the province will optimize laws and regulations and remove institutional barriers to boost the innovative development of the digital economy.