Shandong’s efforts to further its opening up will offer more opportunities for the Chinese province and Uzbekistan to deepen cooperation, said Uzbek Ambassador to China Bakhtiyor Saidov.

According to Saidov, Uzbek leaders have visited the province several times from 2017 to 2019, and these trips have increased mutual understanding, promoted exchanges and dialogues, and advanced regional cooperation. 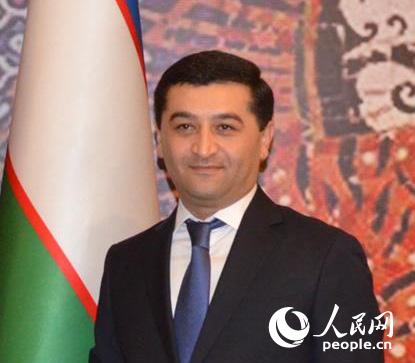 The ambassador said that relations between Uzbekistan and China have been growing steadily and bilateral cooperation in various fields over recent years has yielded fruitful results.

By June 2020, Uzbekistan had been granted permission to sell 14 kinds of agricultural products, including fresh cherries, mung beans, fresh melons, peppers, pomegranates, sesame seeds and walnuts, in the Chinese market.

The ambassador said that many industries in Uzbekistan, such as oil and gas, chemicals, construction and pharmaceuticals, have been recipients of Chinese capital. In 2019, the number of Chinese enterprises investing in the country exceeded 1,600.