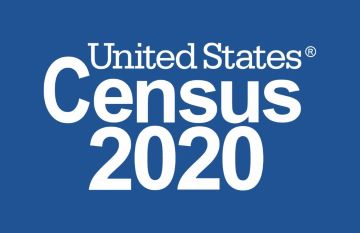 Community organizations across the U.S. mounted an 11th hour scramble to increase self-response rates for the 2020 Census after an Oct. 13 Supreme Court decision cut the count short by two weeks.

All people living in the U.S., regardless of immigration status, are required to respond to a simple, nine question survey which can be accessed online at 2020census.gov. Up until 11:59 pm PST Oct. 15 and 2 am EST Oct. 16, people can respond by phone in one of several languages, including Spanish, Mandarin, Korean, Vietnamese, Tagalog, and Arabic. Phone numbers specific to each language can be found here: https://2020census.gov/en/ways-to-respond/responding-by-phone.html.

People can also respond by mail, if they have received a census questionnaire. Responses must bear an Oct. 15 postmark to be counted.

Census data is used to allocate about $800 billion in federal funding over the next 10 years. Those funds can be used for social services, infrastructure development, schools, and federally funded hospitals, among other services.

Census data is also used to determine the number of Congressional seats allocated to counties and states. Advocates say Census data is critical for accurate representation.

Census data collection efforts were hampered by the COVID pandemic, which limited door-to-door enumeration and outreach efforts. Portions of the South also faced hurricanes and storms, while the West Coast battled wildfires.

At an Oct. 15 press briefing organized by Common Cause, Census advocates from around the nation explained what is at stake with even the most marginal of under-counts. The Census Bureau itself has said that 99 percent of all households have been surveyed, but critics at the briefing questioned that statement as well as the accuracy of the data.

“Even if we are under-counted by just 1 percent, this is annual loss of $300 million in federal revenue,” she said.

Ramla Sahid, founder and executive director of the Partnership for the Advancement of New Americans, said 792,000 people will go uncounted in California — largely immigrants and people of color — resulting in a federal revenue loss of $1.5 billion. New York would face a revenue loss of $843 million.

Community advocates from tribal areas spoke about their planned outreach efforts that are now quashed because of the new deadline. Micaella Verro, 2020 Census Program
Manager at United Way of King County in Washington State, said homeless and unsheltered people in her region would be severely under-counted, resulting in fewer dollars for support services.

Beth Lynk, Census Counts Campaign Director at the Leadership Conference for Civil Rights, said there has been a nationwide undercount of people of color. Comparing this year’s data to numbers collected by the City University of New York during the last Census in 2010, Lynk noted that 68 percent of predominantly Black neighborhoods have self-response rates lower than in 2010. 67 percent of predominantly Hispanic tracts have rates lower than in 2010.

“We have been fighting tooth and nail to ensure that all communities have been counted accurately,” said Lynk.

Two non-partisan bills currently reside in the House and Senate, which would extend the Census deadline for self-reporting to Oct. 31. A final tabulation of data would be required by Aug. 1, 2021. The bills are S 4571 in the Senate, sponsored by Sen. Brian Schatz, D-Hawaii; and HR 8250 in the House, sponsored by Rep. Don Young, R-Alaska.