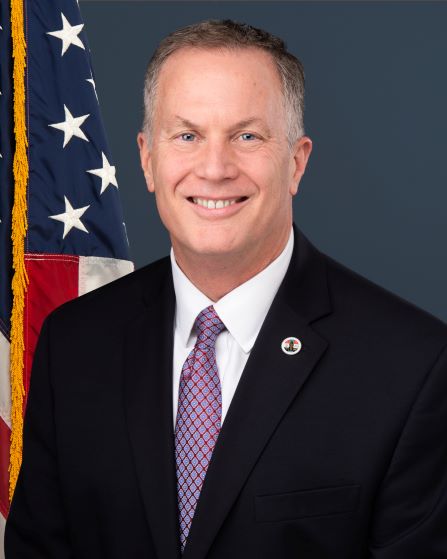 My name is Jeff Prang. I am the 27th Assessor of the great County of Los Angeles. I was elected in 2014 and re-elected in 2018. I am here to share with you exactly what my office does and how this office directly affects you in, what I hope, is a most positive manner.

The Assessor’s Office is the foundation of the property tax system, which this year will provide over $17 billion to local governments and school districts across the 4,751 square miles of Los Angeles County, including 88 cities and numerous unincorporated areas. I have about 1,400 employees to establish accurate values on 2.57 million parcels and other assessments. The total assessment value for 2020 was $1.77 trillion. We will be rolling out the latest figures this summer.

I sometimes tell people what I do not do — I do not collect taxes. There is another guy, with a really intuitive title that does that: The Tax Collector. Actually, there are five departments involved in the local property tax system. The Assessor’s Office is the first in the process. We are responsible for determining the value of property used to calculate your taxes. We are primarily appraisers. However, we also administer a number of savings programs for homeowners, for veterans, for seniors, those with disabilities, and the victims of natural disasters.

Property taxes in California are governed by Prop. 13, which was passed by voters in 1978. Prop. 13 introduced event-based reassessment. That means that instead of property being re-valued every year, or every few years, as is done in other states, property in California is only reassessed if there is a transfer of ownership or new construction. So when you buy a house, or other property, my office enrolls the market value at time of purchase, which remains the assessed value (or base-year value) of your home until there is a transfer (or new construction) plus a maximum annual inflation adjustment of 2 percent.

So here is how it works: when you buy a house, you record a deed with the Registrar-Recorder, who then sends my Office a copy of that deed. We then evaluate whether a transfer of ownership has occurred and assess the property accordingly. All of those values are added to the Assessment Roll—the list of all taxable property and their values – which we compile each year and send to the Auditor-Controller, who then applies the relevant tax rate.

Prop. 13 mandates a statewide property tax rate of 1 percent of market value at the time of transfer, but various local ballot measures, including voted indebtedness and parcel taxes, increases the effective rate above that. Once the Auditor-Controller applies the tax rate, it is transferred to the Tax Collector, who sends out bills and collects taxes.

The same process works for new construction, except that municipal building and safety offices send us copies of building permits that prompts us to dispatch appraisers to determine the added value. It is important to note that in the case of additions, remodels, and other new construction, it is only a partial reassessment for the new, added-value.

My office oftentimes can be overlooked because of the nuance of our complicated property tax system. But as you can now understand, it’s the vital first step on the journey to tax revenue that pays for the services we have come to rely on and we have come to expect in our daily lives.

Los Angeles County Assessor Jeff Prang has been in office since 2014. Upon taking office, Prang implemented sweeping reforms to ensure that the strictest ethical guidelines rooted in fairness, accuracy and integrity would be adhered to in his office, which is the largest office of its kind in the nation with 1,400 employees and provides the foundation for a property tax system that generates $17 billion annually.