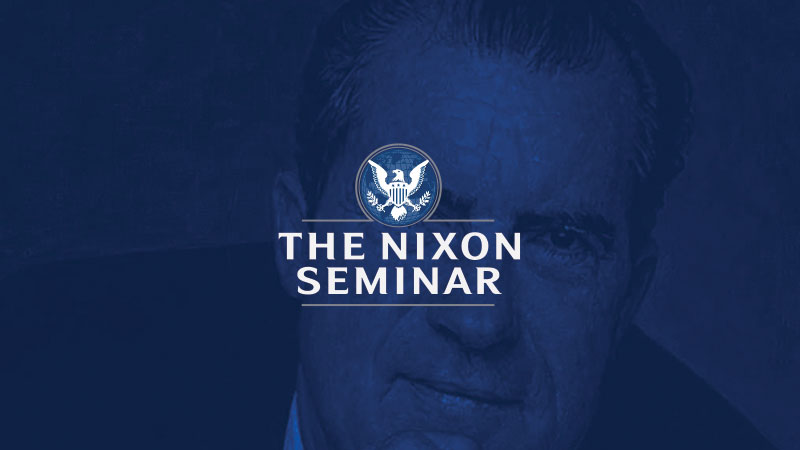 YORBA LINDA, CA — Former Secretary of State Michael R. Pompeo and former National Security Adviser Robert C. O’Brien will co-chair a new, monthly seminar-style roundtable discussion to consider and advance policies that maintain a balance among the world’s great powers that is favorable to America’s national interest. The first meeting will be on Tuesday, March 2 at 8 PM Eastern time via video conference.

The Nixon Seminar on Conservative Realism and National Security will reassert and advance the visionary international policies rooted in conservative realism that President Nixon brought to the fore 50 years ago, by carefully outlining policies that look 50 years into the future. Particular focus and emphasis will be given to advancing Sino-American relations, evaluating global technological innovations, and developing a lasting peace in the Middle East.

“We can think of no program more needed today than the Nixon Seminar, which we are honored to co-chair,” Secretary Pompeo and Ambassador O’Brien said in a joint statement. “President Nixon spent years setting out a vision for a more peaceful world. His example as the ultimate realist and foreign policy grand strategist is one to follow today, as the U.S. should seek to maintain a balance of power in its national interest. The policies we’ll develop every month at this gathering will push this agenda and ready the next generation of realists to lead the United States of America.”

Secretary Pompeo, now serving as a Distinguished Fellow at the Hudson Institute, served as America’s 70th Secretary of State from 2018 to 2021. Prior to that, he was Director of the Central Intelligence Agency from 2017 to 2018, a Congressman representing Kansas’ fourth district, was the CEO/President of two industrial companies and a United States Army Officer.

Ambassador O’Brien served as the 28th National Security Adviser from 2019 to 2021. He previously served as the Special Envoy for Hostage Affairs and as a U.S. Representative to the UN General Assembly. Ambassador O’Brien had practiced law for 30 years in Los Angeles and has rejoined the firm he founded with Judge Stephen Larson, Larson LLP, as Of Counsel.

Dr. Henry Kissinger, National Security Adviser and Secretary of State under Presidents Nixon and Ford, will serve as Honorary Chair of the Nixon Seminar and participate in its first meeting.

Members of the Nixon Seminar are limited to emerging national security and economic policy specialists who are committed to advancing conservative realism. The Nixon Seminar aims to prepare the next generation of policymakers grounded in these principles.

The Seminar’s conclusions and recommendations will be published every month at NixonSeminar.com and distributed widely to policymakers within the Biden Administration and on Capitol Hill.

President Nixon was the ultimate geopolitical strategist, and implemented a visionary foreign policy rooted in realism that prioritized America’s interests, particularly with regard to his historic opening to the People’s Republic of China in 1972, his initiation of detente with the Soviet Union and his efforts to broker peace in the Middle East which have borne fruit with 1978’s Camp David Accords, 1993’s Oslo Accords and 2020’s Abraham Accords.

Learn more about The Nixon Seminar, including how you can watch the first monthly meeting live on Tuesday, March 2 at 8 PM ET by visiting nixonseminar.com.