In 1912, a young Black couple named Willa and Charles Bruce purchased beachfront property in Manhattan Beach and built a resort that served Black residents. It was one of the few beaches where Black residents could go because so many other local beaches did not permit Black beachgoers. The Bruces and their customers were harassed and threatened by white neighbors including the KKK.  Eventually, the Manhattan Beach City Council moved to seize the property using eminent domain in 1924, purportedly to create a park.  The City took the property in 1929 and it remained vacant for decades.

“The Bruce family had their California dream stolen from them. This was an injustice inflicted upon not just Willa and Charles Bruce– but generations of their descendants who almost certainly would have been millionaires if they had been able to keep this property and their successful business,” said Supervisor Janice Hahn. “I strongly believe the right thing to do is for the County to return this property to the Bruce family.” 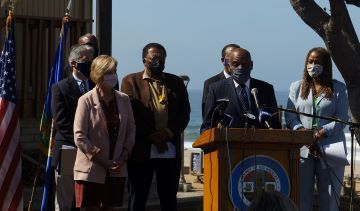 “In 1912, Charles and Willa Bruce created the West Coast’s first beach resort owned by and meant for Black Americans. Under their leadership, Bruce’s Beach became a lively and flourishing resort. But their success was unjustly stolen. When harassment, hostility and violence by the Ku Klux Klan weren’t enough to coerce them to leave, the City seized the land,” said Senator Steven Bradford.  “The property that the Bruce’s purchased for $1,225 is now worth $75 million. We stand here today to introduce a bill that will correct this gross injustice and allow the land to be returned to the Bruce family. It is my hope that this legislation will not be the last in a series of actions by the state to address centuries of atrocious actions against Black Americans. I commend Supervisor Hahn for her continued dedication to this issue. She exemplifies a true profile in courage. I look forward to working with all the LA County Supervisors to finally right this wrong.”

Returning the property to the family will require action by the State.  When the property was transferred from the State to the County in 1995, the State imposed restrictions that limit the County’s ability to transfer the property.  Today, State Senator Steve Bradford announced new legislation SB 796, that would exempt the Bruce’s Beach property from statuary restrictions on the transference and use of that land to enable the County of Los Angeles to transfer the land to the descendants of its rightful owners, the late Willa and Charles Bruce.  Senator Ben Allen is a joint author of the legislation and Assemblyman Al Muratsuchi is a principal co-author.

The legislation is an urgency bill which means that it can go into effect as soon as it is passed and signed into law by the Governor. 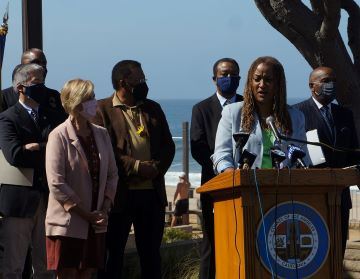 “Proud to stand with Supervisor Hahn in shining a light on this important issue that is part of our history and future of LA County,” said Supervisor Holly Mitchell.  “Transferring the ownership back to the Bruce family not only aligns with the County’s commitment to equity but is also the right thing to do.”

Returning the land to the Bruce Family could include an option for the family to lease the land back to the County. The Bruce Family would be the County’s landlords and the County would pay rent for the continued use of the property. 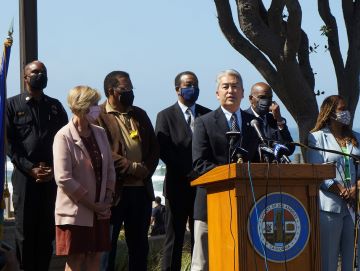 “We are seeking to right a wrong that was committed against the Bruce family and other Black families in Manhattan Beach almost a hundred years ago,” said Assemblymember Al Muratsuchi. “As a South Bay Assemblymember representing Manhattan Beach, I am proud to join Supervisor Hahn and my colleagues in this effort to provide a measure of justice to descendants of the Bruce family.”

“I stand with my colleagues in their efforts to correct past wrongs’,” said State Senator Ben Allen. “This bill will give our County a procedural tool that can help us achieve greater reconciliation as a society. The past informs, haunts, angers, and inspires us and we grapple with it always. I thank Supervisor Hahn and my colleagues for taking an important leadership role in this effort.”

The history of the injustice of Bruce’s Beach was brought back into the headlines last year by a local group called Justice for Bruce’s Beach. 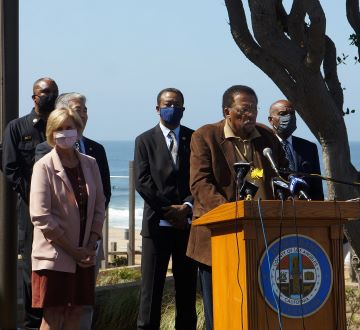 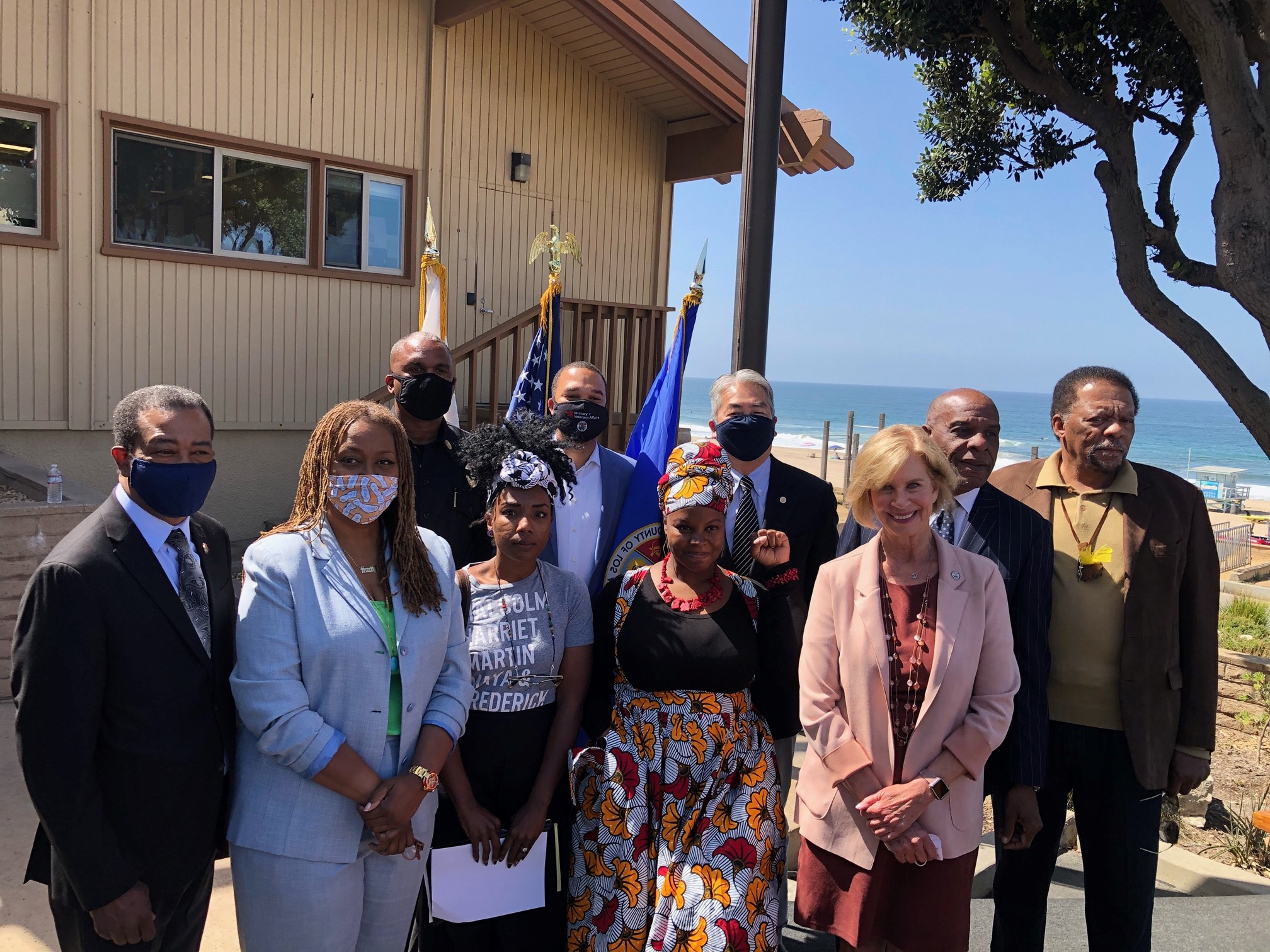 “Thank you, Supervisor Hahn and Senator Steven Bradford, for taking accountability and for positioning yourselves on the right side of history,” said Justice for Bruce’s Beach Founder Kavon Ward. “Thank you for being waves in this movement with me as we are on the precipice of making history.” 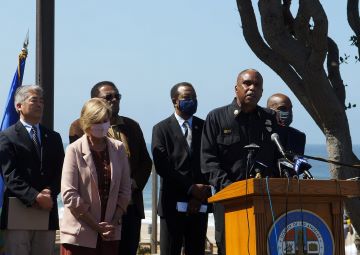 Supervisors Hahn and Mitchell plan to introduce a motion at the Board of Supervisors next meeting on April 20th regarding next steps in the effort to return the Bruce’s Beach property.