Irvine, CA – April 19, 2021 – Hundreds attended a rally in Irvine at the City Hall, adjacent to the Irvine Police Department, where a group of non-partisan and conservative groups came together to address the wave of anti-Asian attacks and the media attention and coverage around these crimes.

Watch the Fox 11 LA coverage here.
This is the full video of the event.
See all the photos taken at the event.

While other past #StopAsianHate rallies focused on the stories while providing little as far as solutions go, this rally presented other viewpoints missing from those rallies, such as working with law enforcement, self defense and an honest discussion about what goes on in the inner city. 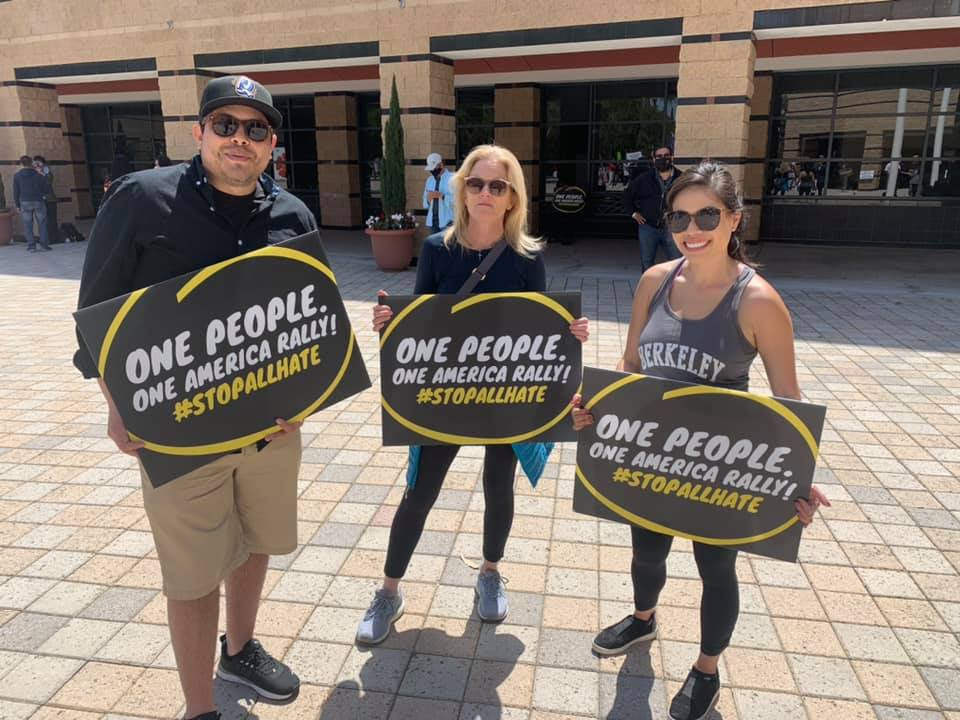 The rally was attended by a multicultural audience, including members from the Black, Hispanic and white communities to show solidarity with Asians.

The event was organized by Asian Industry B2B in partnership with other grassroots organizations and leaders like John Park, James Mai and George Li, who all currently run or have run strong local organizations in Irvine and Orange County.

Speakers focused on fostering community to keep each other safe through neighborhood watches, cooperation and collaboration with law enforcement, as well as practical self defense tips. There will be an overall discussion on racism and a push to stop Asian hate, but also all hate in general, as the event calls for productivity and true multicultural unity. In addition there will also be action items on pushing local and national leaders to work towards concrete solutions.

Highlights included 35 year old Hong Lee, who brought her young children and caught an anti Asian tirade at a restaurant, Tony Moon, a rooftop Korean who is giving back to the community with a mission to teach the community self defense, Steve Miller, who is married to an Asian wife and who fought hard against Proposition 16’s race based preferences in college admissions and public employment last year for his children and the community, and a closing prayer by Pastor Harley Orzame. 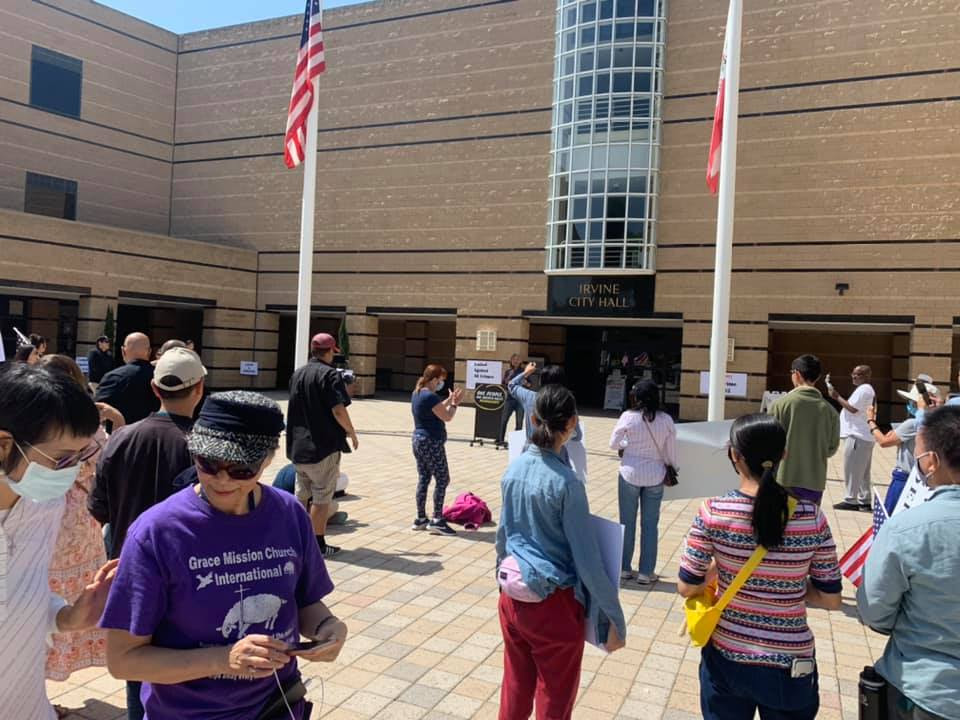 Emcees Marc Ang and James Mai spoke of personal experiences of being a crime victim, and other experiences in the recent rally circuit where both have spoke. The two had an extensive discussion about cash bail reform which is going against the voters’ will last November, that is endangering Asians, especially with new proposed bills such as SB-82, which is classifying more crimes as “petty theft”. 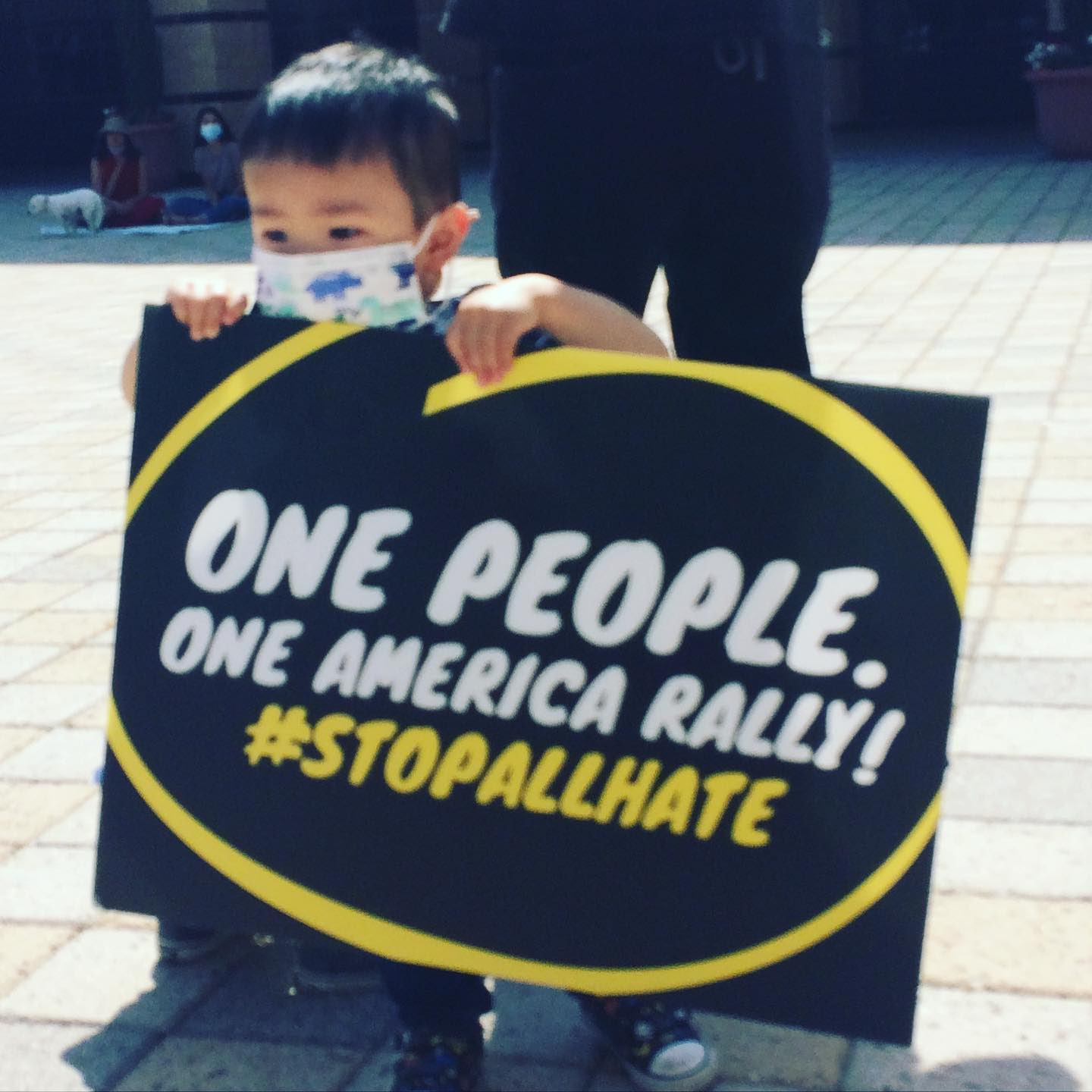 Here is the full list of those who spoke:

This event followed a press conference on April 6th, where a national coalition of Asian-American advocacy groups, led by Asian Industry B2B and Washington Asians for Equality, with an endorsement from Yumi Hogan, First Lady of Maryland, called on the Biden administration to take concrete action to combat anti-Asian racism and violence. The 4/6 press conference can be seen here with a complete writeup, including all members of the coalition. 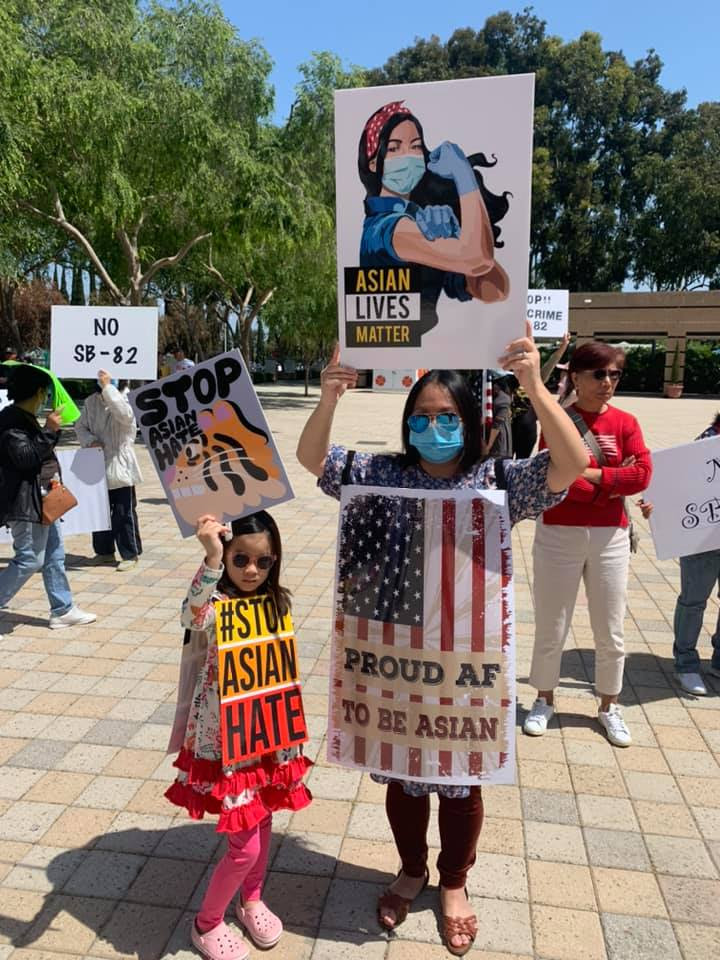 That event was moderated by nationally acclaimed author and policy expert, Ying Ma, and was attended by national and local press including Washington Post, Fox News National, USC, Redstate with additional coverage by the New York Times, and Wall Street Journal not related to the conference but related to the overall cause.

The event showed the community in action and solidarity, with a unique take, different from most #StopAsianHate rallies that have occurred. The motto for the event was “Victors, not victims” and “Solutions over esoteric rhetoric”, as well as “One People, One America, #StopAsianHate, #StopAllHate”. One speaker said it best: “the solution to ending the violence is not through hate, but love, and peace through strength”.