Fullerton, CA – June 9, 2021 – After catching news of a strong parental and community turnout opposed to and supportive of Critical Race Theory already being implemented in neighboring school districts, the Fullerton school board chose not to resume regular in-person board meetings but instead, kept Tuesday’s board session on Zoom.

Asian Industry B2B (AIB2B) worked closely with the police department to alert them of a potential strong turnout by activist groups on the left to push for FJUHSD to accelerate the adoption of the Ethnic Studies curriculum, as well as counter protestors in opposition. See flyer below. Eventually, the FJUHSD got people to email in their comments and a peaceful Zoom session was held featuring a 50-50 split of speakers from both sides.

AIB2B, partner group Stand 4 Students, and its coalition of Fullerton community parents will meet at a private location, the Churchill Center, to discuss next steps in the local fight to keep CRT out of FSD and FJUHSD. The event will feature a lineup of parents and residents to speak on CRT in general, and how this curriculum is affecting their kids already, including a mixed race first grade child with a white mother and a black dad, who came home and said “mommy is bad and daddy is good”.

An RSVP is required to attend, either through Eventbrite or contacting marc@aib2b.org or 424-291-2102 directly.

AIB2B has been a leader in fighting CRT and more broadly, racism within the education system, which the organization believes has contributed to the recent Asian attacks. Just last month, AIB2B was recognized by Fox News as a national coalition leader to pressure the Biden administration to address Asian attacks, as well as discussing bias and discrimination in college admissions, as covered by Washington Post.

The Los Alamitos local efforts resulted from parents getting inspired by our March 20th conference on CRT, led by No on Prop 16 campaign leaders. Watch the entire conference video. Our local efforts have now been covered by the Los Angeles Times and CBS several times, from the protests to the final board outcome.  AIB2B has also helped expose the Tustin USD’s arrogant emails found through the FOIA act.

Now AIB2B is proactively organizing board meetings with local city groups such as Fullerton’s Stand 4 Students, to engage the community to understanding CRT and the usage of Ethnic Studies curriculum as a vehicle for special interests to create divisiveness and racism within K-12 settings. 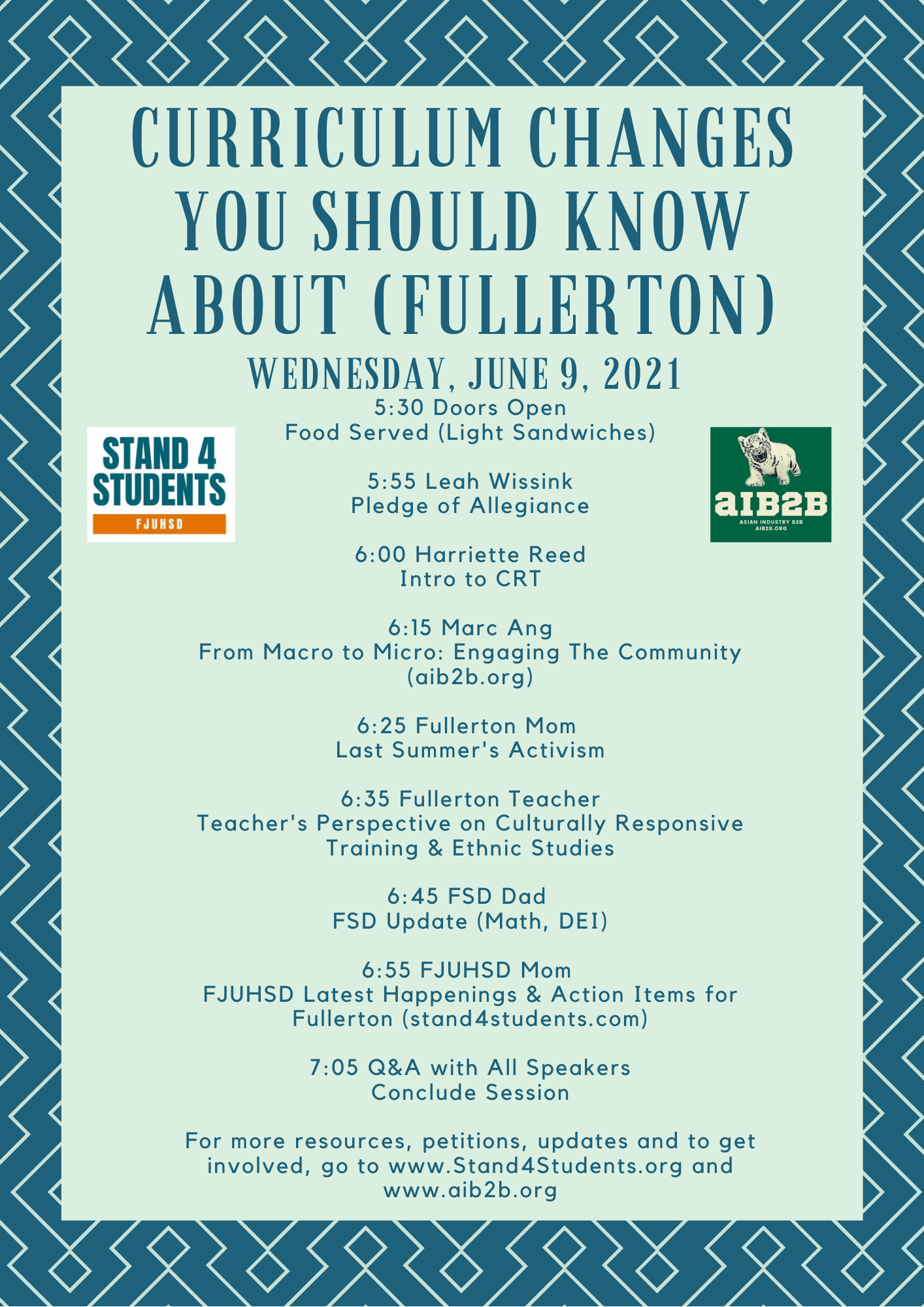