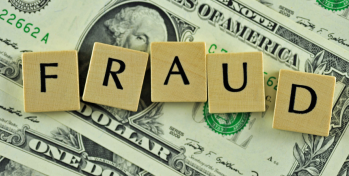 Summer’s here, and Deacon Reginald Patterson, who directs the senior ministry of Chicago’s New Covenant Church, anticipates fraudsters and scammers to descend upon parishioners’ neighborhoods like a plague of locusts.

Patterson said summer brings door-knocking hustlers and con artists onto front porches and doorsteps in droves. “Do you need any repairs? Do you have water leaks in your basement?” he asked, mimicking the questions that often pepper his flock.

He explained that an imposter may be in uniform, sporting the logo of a utility company – gas, water, or electric – or of a well-known business.

“We’re currently in your area and would like to set up an appointment” is a typical opening gambit, Patterson said. The offer may be to affix a new roof. Despite a cash downpayment, no further contact or service ensues.

Patterson said elders are vulnerable to quickly paced high-pressure propositions. But they are not alone.

At a forum on consumer fraud hosted by the Federal Trade Commission, Todd Kossow, director of its Midwest Regional Office, explained a variety of tactics fraudsters use. Black and Latino populations, as well as immigrant communities, are most often fraud victims but least likely to report their experiences to the FTC.

Kossow said the failure to report fraud by those groups was documented in a 2016 FTC study and continues.

Whatever the concerns are – whether mixed immigrant status households or the embarrassment over being duped — Kossow emphasized that reporting fraud and scams can be done anonymously. The information is valuable to help detect trends and alert media and better alert the media and the public.

Acknowledging that the lack of English language skills contributes to the susceptibility of fraud victims, Illinois State Attorney General Kwame Raoul said that his office uses Spanish, Polish, and Mandarin to promote consumer awareness. Other languages are soon to come.

Raoul said his office recovered $4.5 million for Illinois residents in 2020 through a consumer mediation process. Most of the funds derived from businesses whose products — particularly those related to COVID-19 — failed to deliver promised outcomes.

Raoul said almost all of the 400 businesses ceased deceptive ads and actions after being contacted by his office. Bad actors who remained non-compliant will have their day in court.

One of the first lines of defense against fraud is to contact a state’s Attorney General’s office or organizations tracking unethical business behavior such as the Better Business Bureau (BBB). Steve Bernas, President of the BBB-Chicago and Northern Illinois, has a 30 year career at that venerable non-profit organization. He agreed with Kossow and other presenters that the method of payment desired by fraudsters is the first flashing red light that should raise a consumer’s concerns.

Recovering a fraud loss paid for by a gift card is virtually impossible. A demand for a gift-card payment is “a tip-off to the rip-off,” Bernas said.

Yet, monetary rip-offs for goods and services can pale in comparison to the loss of homeowners conned out of their deeds and equity.

Idara Essien, of the Illinois Attorney General’s Office, said Illinois has legislation to protect homeowners facing specific circumstances: “homeowners who have fallen more than 30 days behind on their mortgage payment; homeowners whose property taxes are delinquent; homeowners who are in foreclosure or who are otherwise on the verge of losing their houses.”

Michelle Munoz Durk, an enforcement attorney with the U.S. Securities and Exchange Commission (SEC), said social media has enhanced the appeal of making quick money. She warned about “pump and dump” scams in short-term stock trading where fraudsters “pump up the stock” using false information and as the gullible rush to cash in then “dump” the stock by selling at now inflated prices.  Because the underlying stock value had not changed, consumers often take severe losses.

Other presenters shared more schemes. Some, like unscrupulous car dealer sales tactics, are best handled by becoming better informed about terminologies and process, according to Agnes Ptasznik, also of the Illinois Attorney General’s Office. Yet particular consumer cohorts, like the elderly or language-challenged, remain highly vulnerable.

He explained that sometimes family members or close friends have opened bank or credit card accounts using the names of their incarcerated relatives, who are typically unbanked.

Formerly incarcerated persons are likely to have had no contact with the world of finance and credit for years, foster care children, probably never. Not only have their credit histories have been hijacked and sullied, but their feelings of betrayal and hopelessness are exacerbated by the sense that “the system was not designed for them,” Lee said, “that nobody listens to them.”

An important part of his job, he said, as for all consumer advocates, is to help clients negotiate the emotional turmoil of being a victim.