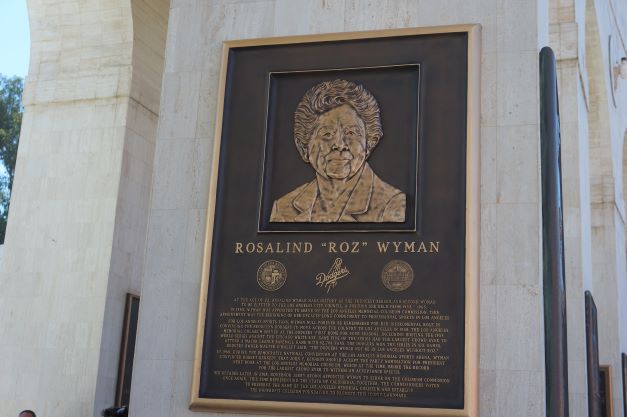 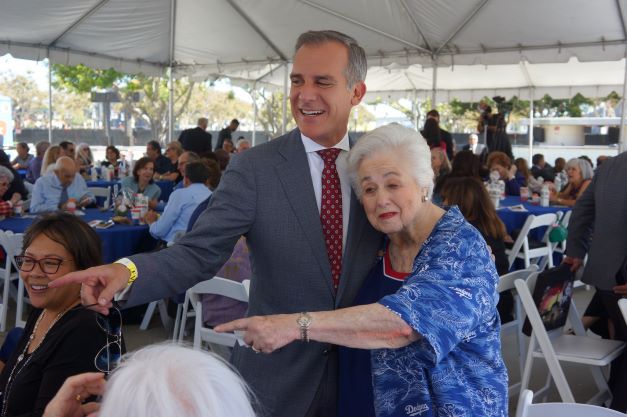 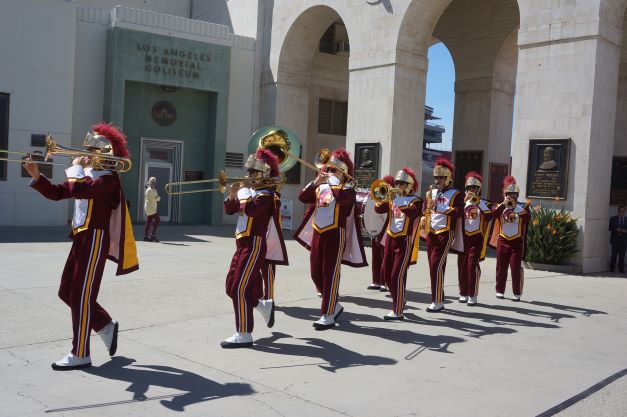 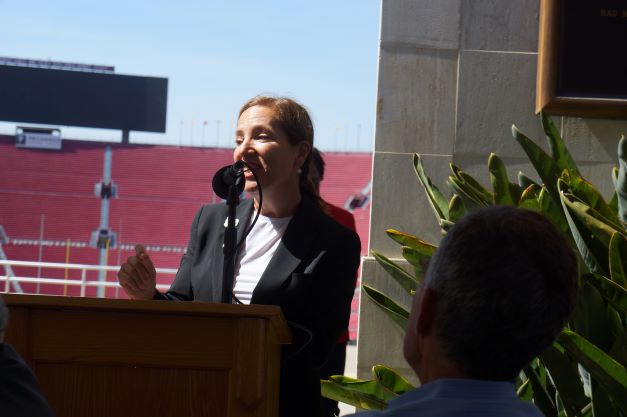 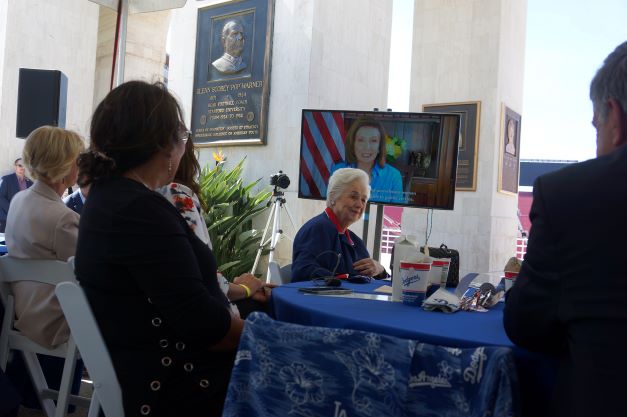 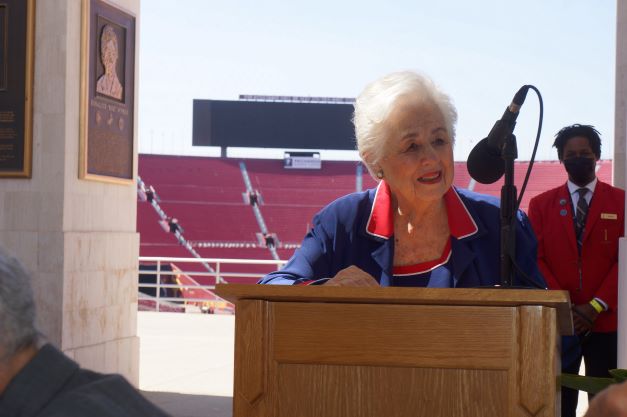 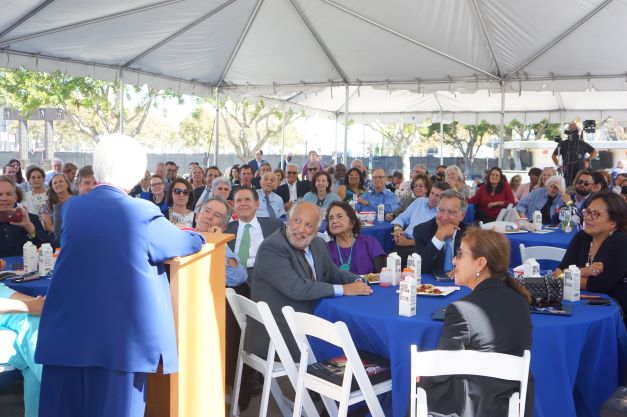 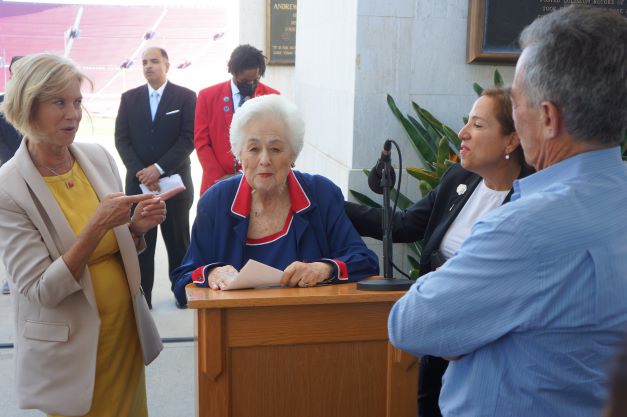 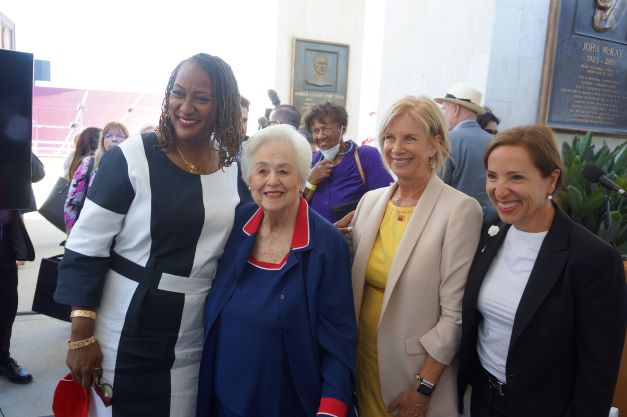 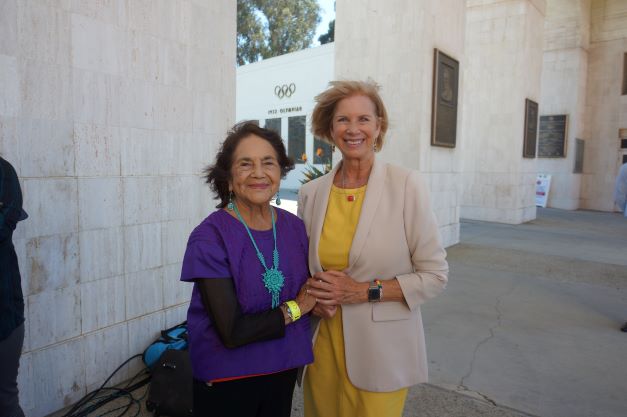 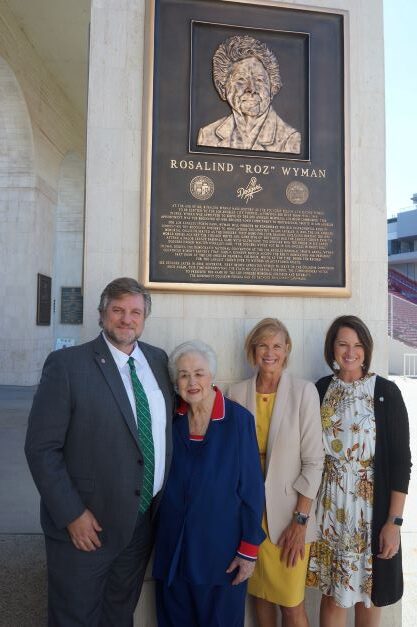 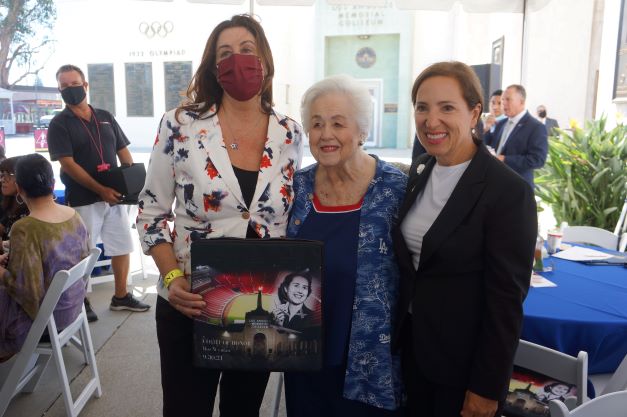 In 1953, at the age of 22, Wyman became the second woman and youngest person ever to serve on the Los Angeles City Council.  She is credited, along with Supervisor Janice Hahn’s father Supervisor Kenny Hahn, with bringing the Dodgers to Los Angeles.

Supervisor Janice Hahn, who serves on the Los Angeles Memorial Coliseum, nominated Wyman to the Court of Honor. The court, located within the Coliseum’s iconic peristyle arches, features commemorative plaques chronicling outstanding persons or events, athletic or otherwise, that have had a definite impact upon the history, glory and growth of the Coliseum. Notable honorees include President John F. Kennedy, Walter O’Malley, Vin Scully, Mayor Tom Bradley, and Supervisor Kenny Hahn.

Supervisor Janice Hahn said: “If it weren’t for my dad Kenny Hahn and Roz Wyman, the Dodgers wouldn’t be here in Los Angeles today. Earlier this year, I nominated Roz for the Los Angeles Memorial Coliseum’s Court of Honor, and on Thursday afternoon I had the privilege of joining her to unveil her plaque.”

“Roz is a true living legend. On top of her work bringing the Dodgers to LA, she became the youngest person ever elected to the LA City Council as well as the second woman to serve. On top of her many accomplishments, she even convinced Bobby Kennedy that John F. Kennedy should accept the Democratic Party nomination for President on the steps of the Coliseum.”

“Roz is so special to me and my family. She turns 91 this Monday and I am so grateful we were able to make this moment happen for her.”