The 2021 China (Qufu) International Confucius Cultural Festival and the 7th Nishan Forum on World Civilizations was held in Qufu, a county-level city in Jining, East China’s Shandong province, from Sept 27 to 28.

Foreign journalists representing over 10 overseas media agencies from countries such as Italy, South Korea, Brazil, Pakistan and Portugal embarked on a “Charming Shandong” trip to the city to experience traditional Chinese Confucius culture. 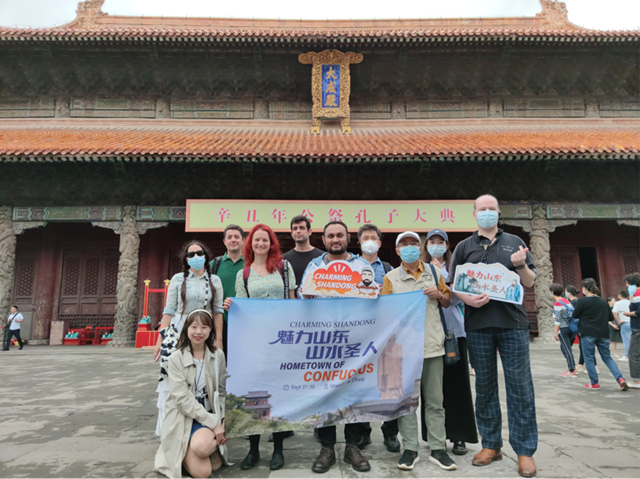 The media group poses for photo at Confucius Temple on Sept 27. [Photo/chinadaily.com.cn]

This year’s cultural festival is themed around the celebration of the 2,572nd anniversary of the birth of Confucius, a famous ancient Chinese philosopher and educator. The Confucius Temple, which is located in Qufu, the birthplace of the sage, held a memorial ceremony on Sept 28. 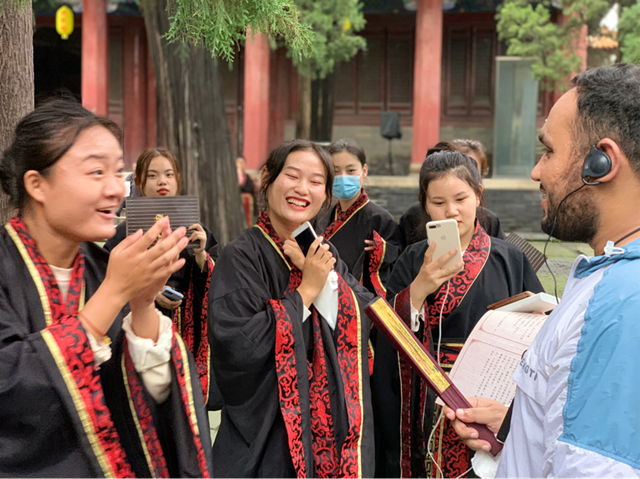 Riaz Muhammad Mudassar, a journalist from Pakistan CPEC News, said that he had heard and learned about Confucius from books, literature and movies, but this is the first time he is visiting Confucius’s hometown to see his former residence, temple and mausoleum.

“The cultural atmosphere, the scenic spots I visited, and even every tree and grass here are amazing and impressive,” he said, adding that he is a big fan and student of Chinese culture, and the trip allowed him to learn about Chinese history, culture and stories related to Confucius. 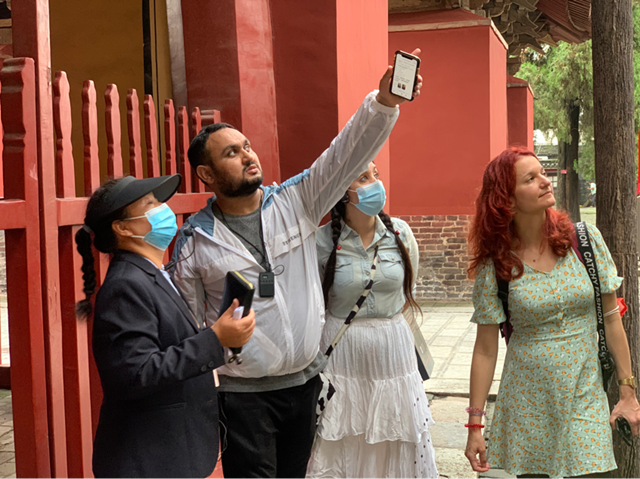 Foreign journalists listen to an English guide’s introduction of Confucian culture at the Confucius Temple. [Photo/chinadaily.com.cn]

The Temple and Cemetery of Confucius and the Kong Family Mansion were built in 478 BC to commemorate Confucius, a philosopher, politician and educator of China. The three Confucius sites in Qufu have maintained their artistic and historic characteristics. They were added to UNESCO’s World Heritage list in December, 1994.

“It’s good to see from this visit that the Chinese government is committed to preserving traditional cultures like Confucianism,” said Raquel Blanco Cerda, an online influencer from Spain. “Through these preserved cultures and restored monuments, the younger generation can learn more about the history and Confucian culture and realize the importance of such traditional culture to them.” 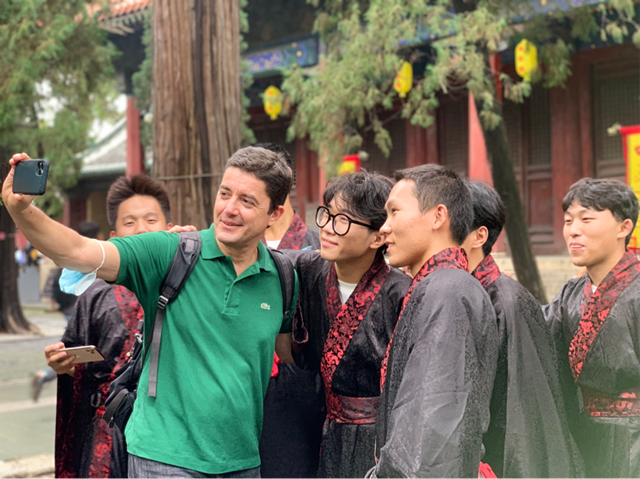 Ninio Marcelo, a journalist from O Globo, a Brazilian newspaper, takes photos with students at the Confucius Temple on Sept 27. [Photo/chinadaily.com.cn]

Dean Gordon Munk, an online influencer from Canada, said that China has a very long history and is still influencing the world today. “The Confucius Center in Canada was where I took the Chinese language test. Today, 2,000 years later, Confucian culture still has a profound influence on the world.”