WATER, WATER, EVERYWHERE: BUT ONLY TEMPORARILY FOR HMONG FARMERS IN SISKIYOU COUNTY 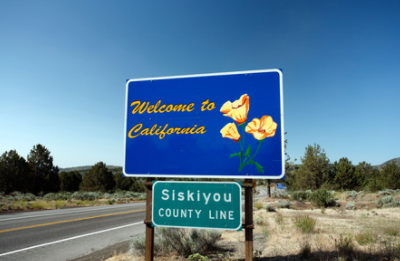 Hmong American farmers in Northern California, pitted in a battle with law enforcement over access to water, have won the first round of a protracted fight but may have to wait until June 2023 to declare victory.

“Everyone here is pretty happy to have their water back, even if it’s only temporary,” Hmong American activist Tong Xiong told Ethnic Media Services.

Xiong’s grandparents farm cows, goats, chickens and vegetables on a 40-acre plot in the Mount Shasta Vista subdivision in Siskiyou County. The Hmong community makes up more than 75% of the residents in that subdivision.

On Sept. 3, U.S. District Court Judge Kimberly Mueller issued a temporary injunction against the ban. Farmers and others will be able to transport water to the subdivision until the courts issue a final ruling in a case filed by seven Hmong farmers against local law enforcement and politicians.

Xiong believes the Hmong community has been singled out due to racial animus, and that the county is using its attempts to stop illegal marijuana grows — a local industry estimated to exceed $1 billion — to justify that animus.

“It’s not the first time we have been treated this way,” Xiong said, noting that his family is routinely told to “go back to your country.”

“Siskiyou County has no concept of who the Hmong people are,” said Xiong.

Sheriff Jeremiah LaRue rejects the idea that the Hmong community is being targeted because of its ethnicity.

“That’s just not true,” LaRue told EMS, contending that on the land that comprises Mount Shasta Vista subdivision’s 800 parcels, 90% is being used for illegal cannabis grows. “Our intent is to target crime, not race, and we have to target areas where we see the crime.”

Marijuana growing is legal in California, but Siskiyou County has banned it. Moreover, growers must possess a permit issued by the state.

“Marijuana is not what concerns me. It’s about the crime associated with it,” said LaRue.

AAJC/ALC filed an amicus — friends of the court— brief supporting the farmers’ lawsuit. “The water ordinances target a geographic area that includes only some 3.2% of the county’s grow sites but is 75% Hmong,” states the brief. “These facts raise a compelling inference that the purpose of the water ordinances is to discriminate against the county’s Asian and Hmong community rather than address illegal marijuana grows or a water shortage in the county.”

Katon alleged that county law enforcement and Rep. Doug LaMalfa, a Republican who represents the region, have made a number of statements expressing racial animus against the Hmong community.

“To deprive people of water is illogical. If you want to go after illegal cannabis grows, go after the illegal cannabis farmers,” Katon said, adding that there were many stops and seizures of water trucks. “There is no authority for that.”

Rep. LaMalfa’s office did not return calls for comment. But LaRue countered Katon claims, stating that his deputies do not go after potable water trucks, which must have both a permit from the state and signs indicating they are transporting potable water. “Most of the trucks we are seeing out here are for non-potable water,” he said. He added that the county’s enforcement efforts have been costly and stretch back years.

In 2018, the county Board of Supervisors declared a state of emergency because of the proliferation of marijuana greenhouses.

“In 2020 alone,” said the defendants in their response to the lawsuit, “the Sheriff’s Office spent more than $120,000 on helicopter flights, a utility vehicle, overtime expenses, protective equipment, GPS units, chainsaws, cutters, and other gear — all of it investigating and stopping illegal marijuana cultivation.”

To aide those efforts, Siskiyou County has secured funding from a domestic cannabis suppression and eradication program of the U.S. Drug Enforcement Administration.

In her injunction temporarily halting the water ordinances, Judge Mueller questioned the county’s most recent actions, stating that they “have the practical effect of cutting off the water supply to a minority community that has recently been the target of racial prejudice. The plaintiffs, who are members of this community, have raised serious questions about the merits of their claim that the ordinances are motivated by racial animus. They have also shown that without an injunction, they will not have water to meet their basic needs.”

Judge Mueller said the plaintiffs’ ultimate success is uncertain because the county has shown ample evidence of a massive uptick in violent crime, environmental damage, and dangerous living conditions.

“We will respect what the court says,” said LaRue. “But we have other ordinances we can enforce.” Law enforcement could demolish grow houses, for example, or simply uproot illegal marijuana plants.

Katon is confident that the farmers will prevail: “We have a good case, which will get better as we go along.”

The American Civil Liberties Union and AAJC/ALC have written to LaRue, demanding that vehicles seized during searches be returned to their owners, in light of the injunction.

In the meantime, a final judgement in the case may be at least 18 months away, according to a status report filed in court Oct. 14.