Los Angels, CA, JAN. 10, 2022 – Yancey Wang, who was born in China, was also the Line Producer and key creative member of Disneynature’s box office record-breaking film, Born in China. Hailing from Beijing, Wang sang in one of China’s most celebrated youth choirs and toured Europe as a child, an experience that left her longing to see more of the world. Having learned to speak and write in fluent English in her teen years, she completed her undergraduate degree in Corporate Finance from the University of Southern California, with a minor in Theater. Her Chinese parents wanted her to work in banking, but Wang wanted a career where she could express her artistic side. Instead of analyzing financial models and compiling numbers in pitch books on Wall Street, she started her career analyzing screenplays and writing up movie pitches for Hollywood film companies. 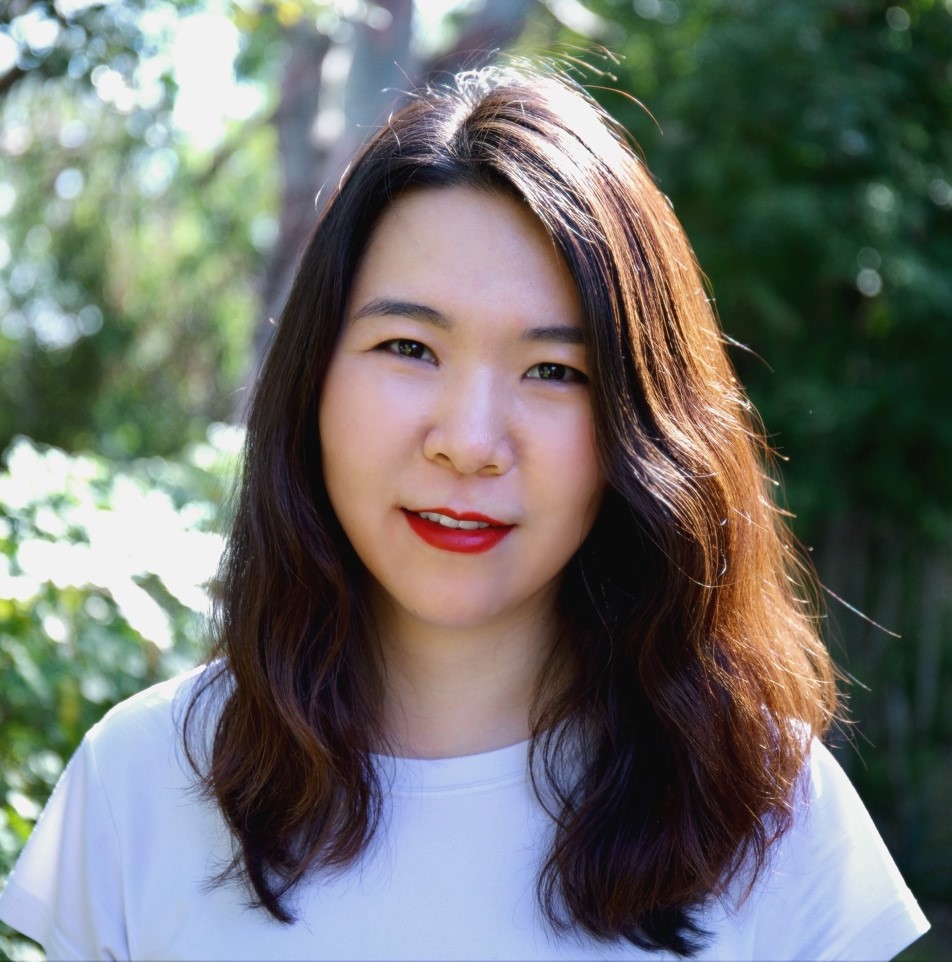 In 2010, Mainland China’s domestic box office passed the ten-billion RMB mark for the first time, or 150 million USD by the then average exchange rate. From 2010 to 2019, the number of cinema screens in China has been increasing at a rate of roughly 30% per year, eventually topping that of the US in 2017, with some 43,000 screens.  Meanwhile, Hollywood began to see China as the main international revenue source. “I got into the industry as a young producer at the best time possible. Everyone in Hollywood was looking for someone who knew China, and everyone in China was looking for someone who knew Hollywood.” In 2013, after returning to Beijing from L.A. to work as a Creative Executive for one of China’s best directors, Chuan Lu (Kekexili – Mountain Patrol, City of Life and Death), Wang found herself flying back to Los Angeles often to pitch movies to Hollywood’s most illustrious studios and producers. Among those who took an interest was Disney, the crown jewel of the Big-Six studio system. The film Disney wanted to do in China, however, was unorthodox.

The film, a nature documentary eventually titled Born in China, was going to be Disney and its subsidiary Disneynature’s first theatrical film directed by a Chinese director, and involved an international effort coordinated between Beijing, Burbank, and Bristol, UK.  Having been promoted to the Associate Director of International Development and Productions for winning Lu’s company, Chuan Films, a major production contract, Wang was appointed as the Line Producer of the film, a central figure holding the production crew together. The movie followed the journeys of five of China’s most endangered animal species, among them snow leopards and pandas, and required the filmmakers to travel into the wilderness for weeks at a time.  “I thought making a Disney film meant I get to stay in nicer hotels on location. Instead, we went deep into China’s most remote National Reserves, and slept in tents sometimes.  Also, conservation workers at this one reserve insisted that in order to not disturb the pandas, we should wear panda suits sprayed with panda piss while filming. They were not kidding. ”  Wang has a picture that proves it. 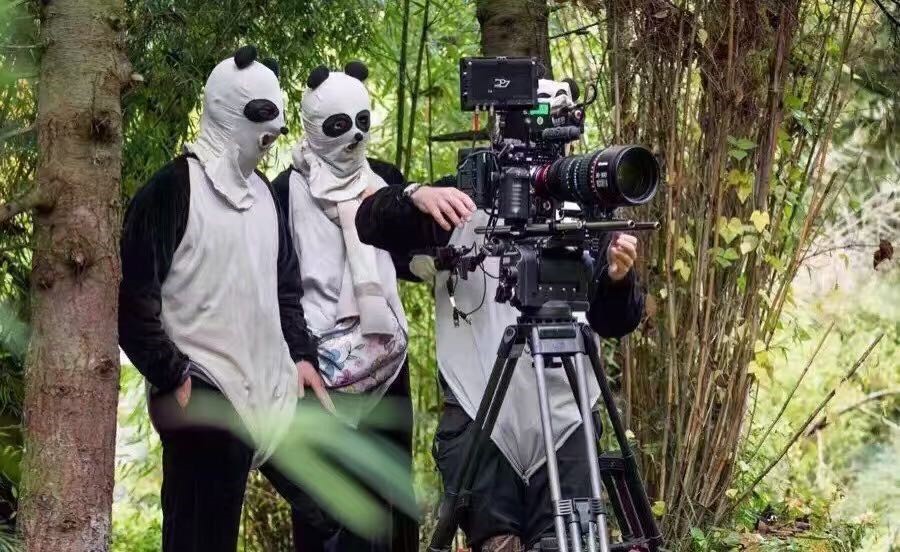 Three years and five National Reserves later, in 2016, Born in China was released first in the PRC, to critical acclaim. Praised as “a refreshing breeze in a summer over-crowded with blockbusters” by Beijing Daily,  the film eventually earned 9.9 million USD and broke China’s box office for documentary films. It was nominated for a Golden Rooster Award for Best Documentary Film, China’s equivalent of a Golden Globe nomination.  When released a few months later in North America, the film reportedly led the specialty box office in an opening week overshadowed by heavyweights such as Fast and Furious 8, and was lauded as the “best start for a Disneynature title since…2012.”  Born in China went on to make 25 million dollars in the global box office and became a financial success against its 10-million-dollar production budget. 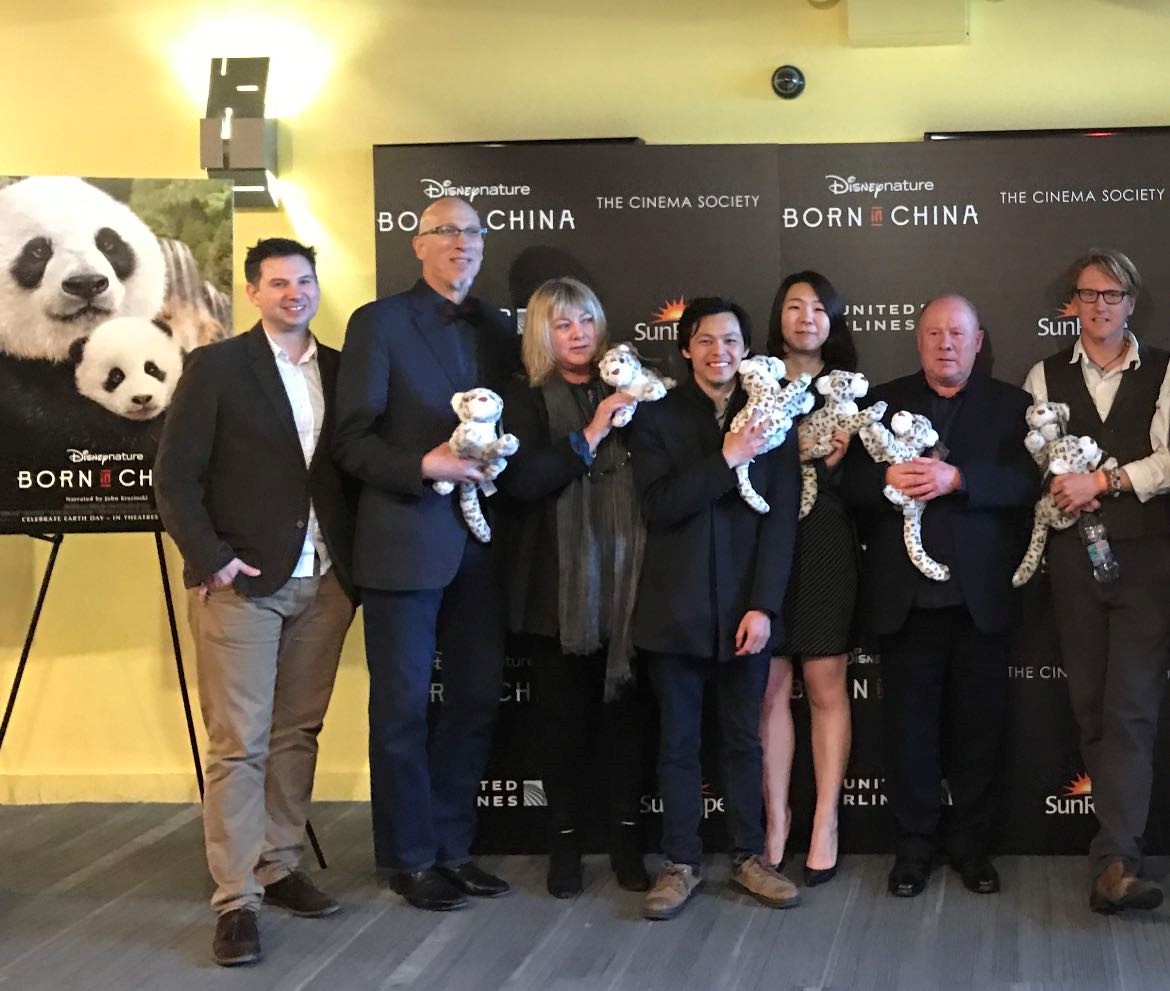 As recognition of her critical work on Born in China, Wang was given her own title card in the end credits of the film by Disney, a rarity for a producer still in her 20s. She received a shout out from her director, Lu, in a Vanity Fair interview, and was invited to join the Walt Disney Studios as a Production Executive on their other Chinese productions. Wang went on to accept the job and in the following year, became a producer on the remake of the 1995 Hollywood classic “While You Were Sleeping” for the Chinese audience.

Wang’s producing career would be what many in the film and TV industry dream of having – a membership card to the Producers Guild of America, regular creative meetings with some of Hollywood’s best, and more Disney films with her name on it.  “But deep inside, this dream job stopped giving me the satisfaction it used to.” said Wang. “I have always wanted to write stories on my own,  and having been part of the development process of dozens of films and worked with so many professional screenwriters, I felt the itch to start writing myself.”

Wang’s itch soon turned out to be a calling. After obtaining a Masters’ Degree in Screenwriting from the American Film Institute Conservatory, one of the best screenwriting programs in the world, Wang reintroduced herself to the film and TV industry as a writer-producer. She soon began performing writing services to international film companies, such as Base Media, an Emmy-winning production house with locations in Asia, and the Tokyo branch of a US streaming giant.

As a bilingual writer-producer who has transitioned seamlessly between her native China and her second home, America, Wang’s writing “captures a grandiose ethos of epic fare while maintaining an authenticity for cultural representation,” writes Tom Dever, Head of Development at Coverfly, an online script database serving Hollywood production companies in search of new scripts to produce. When asked about her inspirations, Wang attributed it to her years of living as a Chinese expat in the West, and the differences and similarities between the two societies she observed.   In her writing, she not only addresses the clash of cultures and ideologies, but also strives to shine a light on fundamental human virtues that bring different people closer, such as justice, integrity and humility.

One of her TV scripts, South Sea, is a primary example of her ability to write cross-cultural epics. A story about one of Colonial Asia’s most notorious pirates, a Chinese woman named Ching Shih, South Sea brings together Chinese pirates, British opium merchants and the imperial forces behind each, in a saga that culminates in the 1840 Opium War and the taking of Hong Kong by the British Empire.  Since its completion, South Sea have reached critical acclaim among Hollywood professionals, winning Best TV Pilot award at the 2020 Screencraft Action and Adventure Screenplay Competition, and Grand Jury Prize at WeScreenplay’s 2021 Diverse Voices Competition. Both awards are held in high regard by the international film and TV community, with notable studios and production companies sending executives as judges and hiring winners directly onto high-profile films and TV shows.

When asked about which career she preferred, producing or writing, Wang answered. “I love both, and both have driven me crazy at times. They each require different skill sets, but there are also a lot of overlaps. Both the producer and the writer’s ultimate job is to protect the quality of the storytelling, they just do it in different ways.” Fortunately for a multi-hyphenate like Wang, the writer-producer career seems to be a well-established path. “All of my heroes in the industry, from Succession’s Jesse Armstrong to Westworld’s Lisa Joy and Jonah Nolan, are writers AND producers. ”

As the Hollywood Reporter pointed out, in the past two consecutive years, 2020 and 2021, China has surpassed America to become the world’s largest film market, with its 2021 domestic box office number reaching 7.3 billion USD. 2021 ticket sales in North America (US and Canada,) hit by the pandemic, was 4.5 billion. Furthermore, the influence of international films – most of which Hollywood blockbusters – in the Chinese market continued to dwindle, amounting to just 12% of China’s total box office in 2021, a huge downturn from 2019’s 36%, pre-pandemic.  And, out of the five major streaming platforms – Netflix, Amazon, Apple, Disney + and HBO Max, zero has tapped into the Chinese streaming territory. “I see a huge opportunity for bilingual and bicultural writers like myself in the streaming sphere. The current streaming landscape reminds of when I first started my producing career – a vast market has yet to open up.”