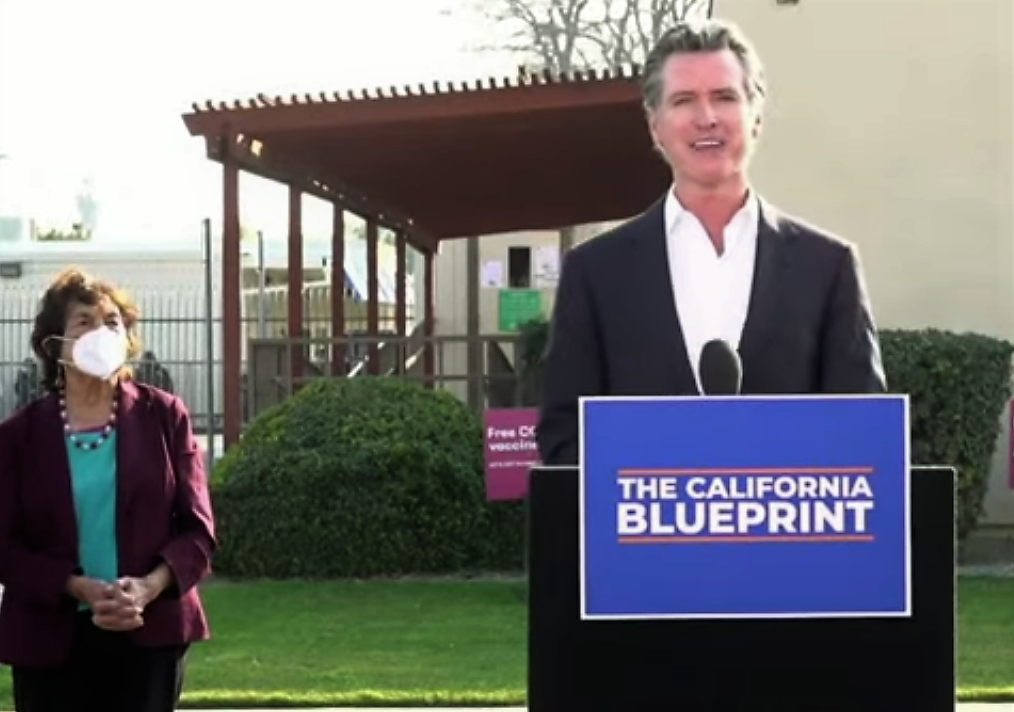 If approved, California would be the first state in the nation to provide universal health care.

Speaking at the Clinica Sierra Vista’s Lamont Center in Kern County, an agricultural region which serves as home to roughly 70,000 undocumented people, Newsom laid out his plan for universal access throughout the state, regardless of pre-existing conditions, ability to pay, or immigration status. Long-time labor activist Dolores Huerta and California state Assemblyman Rudy Salas took the mic to commend the governor on his proposal.

“This is a historic moment,” said Huerta. “Thank you, Governor Newsom for including all undocumented people in your budget. California is the first state in the nation to finally recognize our immigrants and their contributions,” she said, expressing her confidence that the state Legislature would pass the budget.

The $614 million proposal is part of the 2022-23 state budget known as the California Blueprint, which the governor unveiled a day earlier. The budget must be approved by the state Legislature; Newsom said he expects to see the finished package on his desk by May. If approved, expanded coverage would be rolled out by the end of 2022.

Newsom addressed the concerns of critics who fear an increase in state taxes. “We already have universal health care, but it is at the back end and called the emergency room. It’s costing you a bundle, with all of us paying higher premiums.”

“Why not have access to preventive care at a much lower cost?” he queried, expressing his hope that other states would follow his lead to extend coverage to the nation’s 10.5 million undocumented residents.

The California Taxpayers Association raised its objections to the proposal Jan. 7, before the plan was formally announced, noting that taxes would be increased on businesses and individuals earning more than $149,000 annually. California state Assembly members Ash Kalra and Alex Lee, both Democrats who represent portions of the Silicon Valley, have introduced ACA 11, which would raise an estimated $200 million annually to support universal health care in the state.

“This measure would add to the cost of living in California and lead to job losses, without any guarantee that the billions in new taxes would benefit anyone,” said CalTax President Robert Gutierrez in a press statement. “Taxpayers want and deserve quality healthcare services, but there is no guarantee that a government-run healthcare system will deliver better care for Californians at an affordable price.”

Kalra defended his bill in a press statement: “Those that profit off the immoral status quo may not like it, but I am confident that the vast majority of working and retired Californians will see the benefit of significant cost-savings as we remove debilitating insurance costs, out-of-reach prescription drugs and arbitrarily high hospital fees.”