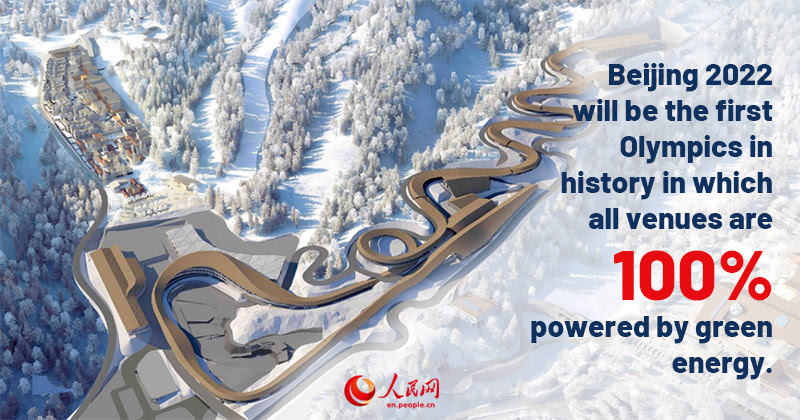 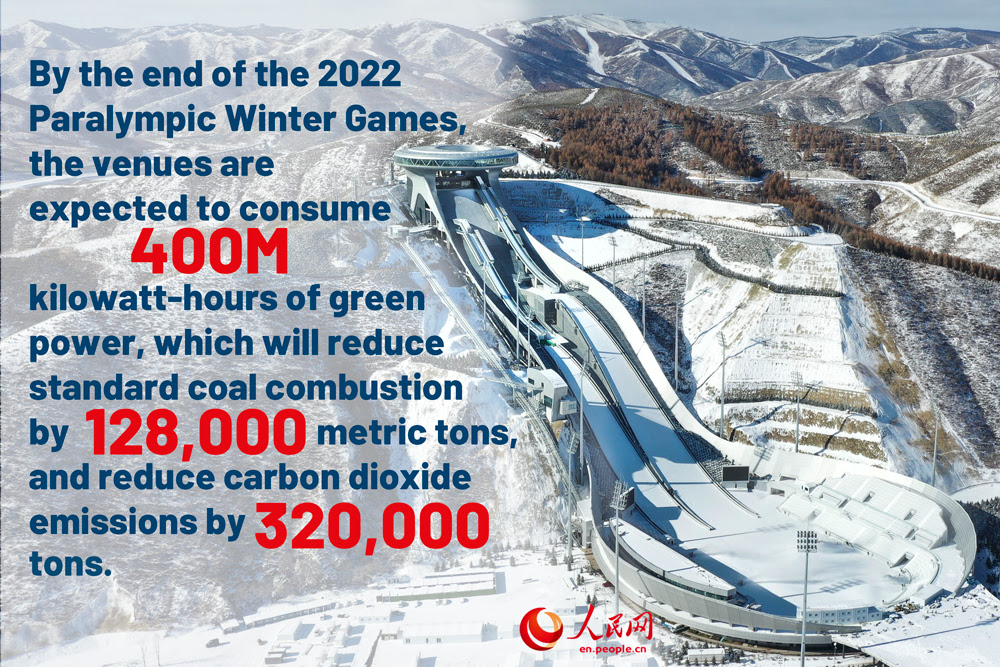 “19 venues for the Games are being powered by green electricity in advance during construction and all venues will use the clean energy supply during the Games,” said Liu Yumin, director of the Planning and Construction Department at BOCOG. “By the end of the 2022 Paralympic Winter Games, these venues are expected to consume 400 million kilowatt-hours of green power, which will reduce standard coal combustion by 128,000 metric tons, and reduce carbon dioxide emissions by 320,000 tons.” 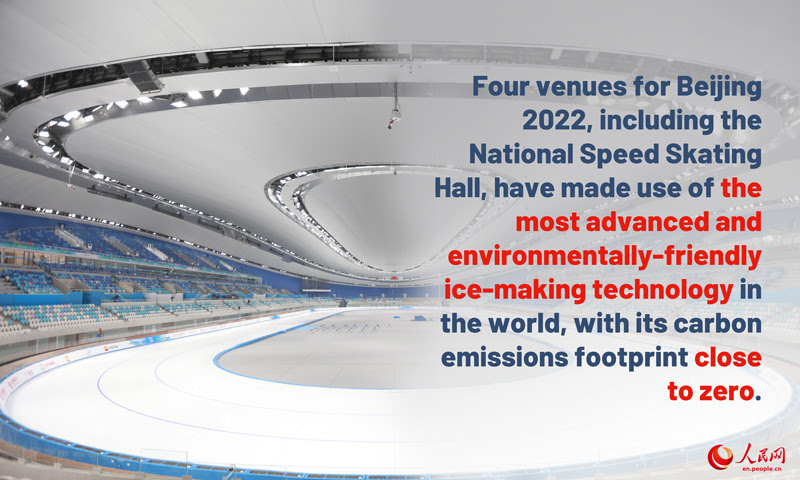 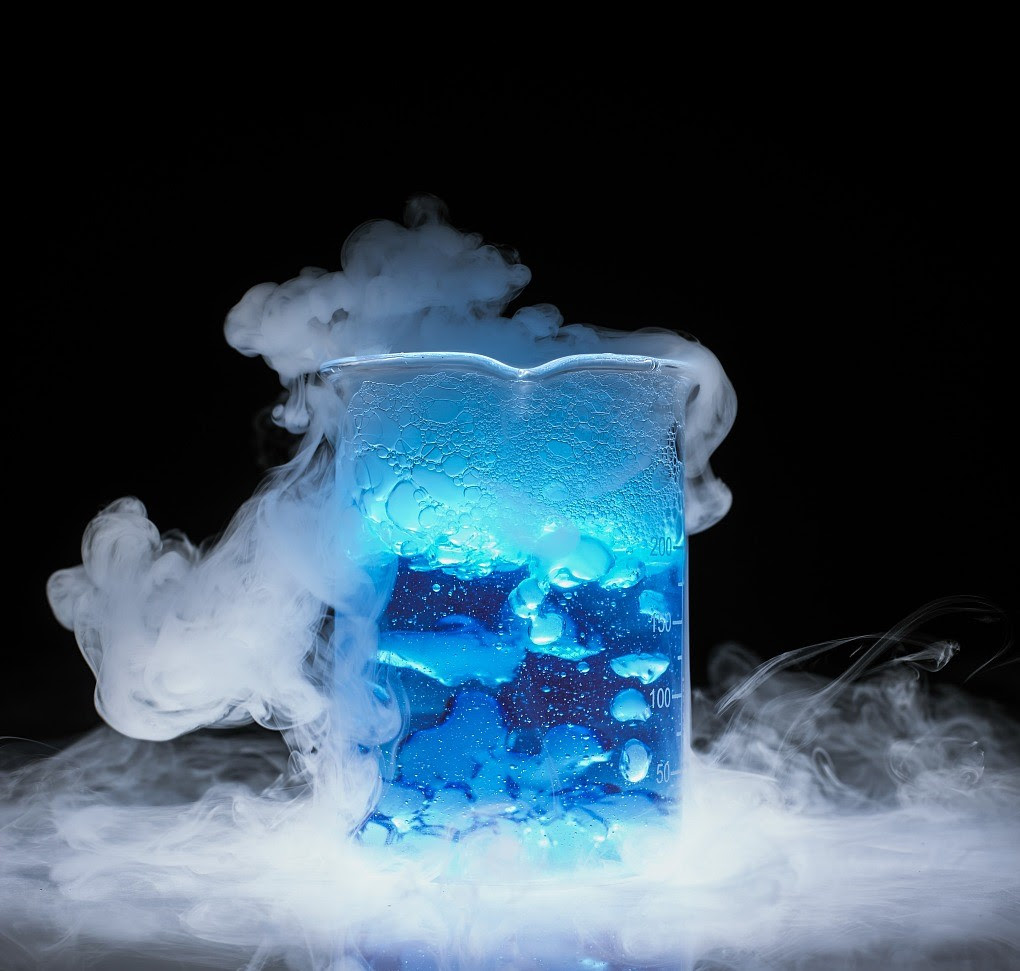 Natural CO2 refrigeration systems will be used at four Beijing 2022 ice venues – the first time this low climate impact technology will be used in China and at the Olympic Winter Games. Olympic speed skating venues once used refrigerants that damaged the Earth’s ozone layer for making ice, but the 2022 Winter Games will use new refrigerants made of natural carbon dioxide, which help reduce carbon emissions to nearly zero.

“The new systems can create the perfect temperature on the ice ground while saving about two million kWh of electricity annually via heat balance created by recovering waste heat,” said Wu Xiaonan, president of the National Speed Skating Oval company.

“The reason we decide to use the new refrigeration systems is because we are sending a signal to the world that China is contributing to protecting the earth,” said Liu Yumin, head of the Planning, Construction and Sustainability Department of the BOCWOG. 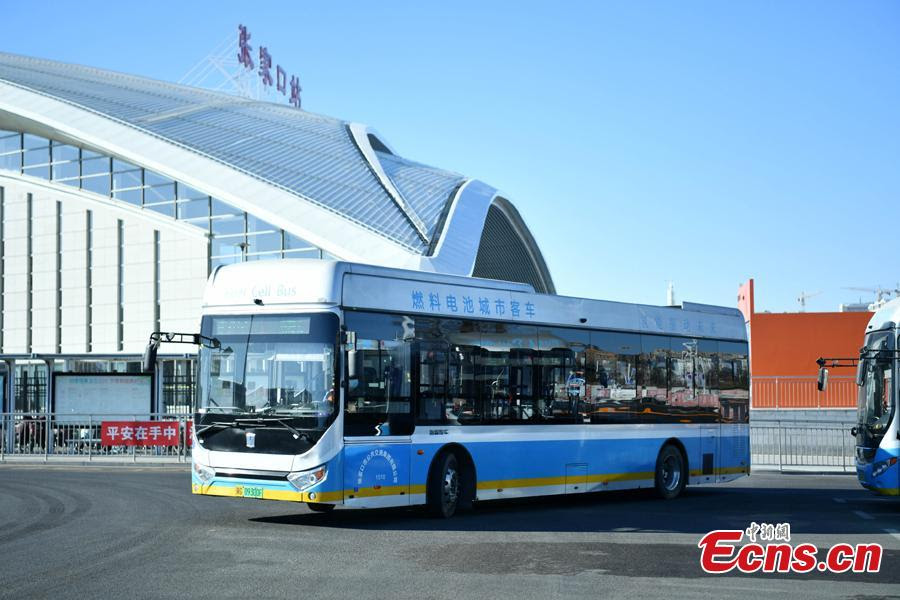 Over 700 hydrogen-powered buses are put into use as shuttles for Beijing2022 WinterOlympics. With several minutes’ refueling, the buses can run for 630 km or 391 miles. For every 100 km it travels, 70 kg of CO2 emissions are avoided. 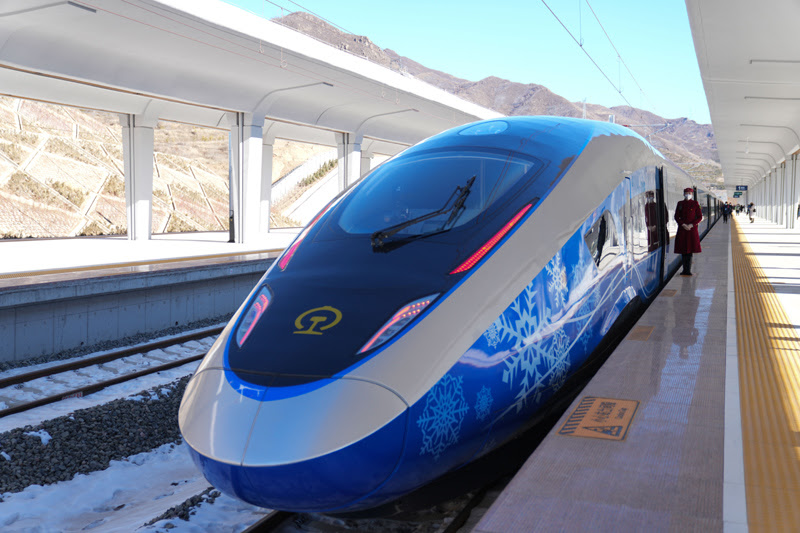 Spectators at the 2022 Winter Olympics will be encouraged to travel by public transport across the three competition zones – downtown Beijing, its suburban Yanqing district and co-host Zhangjiakou in Hebei province – which have been connected by an electric-powered high-speed railway that began operation in late 2019. 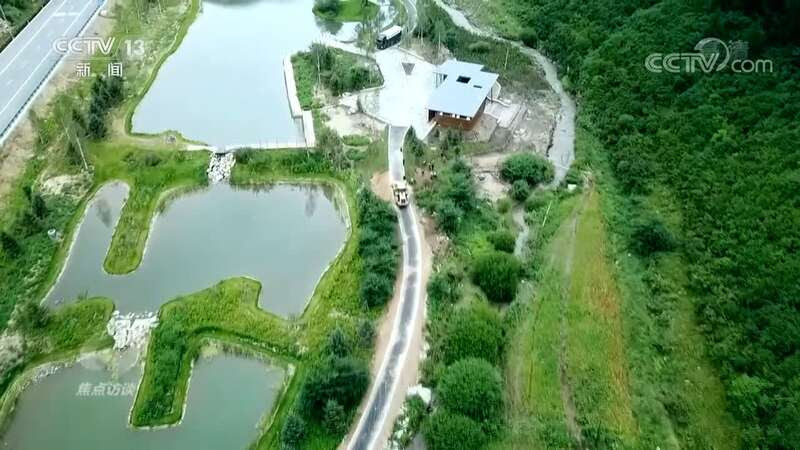 Beijing 2022 is making full use of existing venues, and prioritised sustainability while building and operating new venues. Five of the seven venues in the Beijing 2022 competition zone will be legacy venues from Beijing 2008. The iconic “Bird’s Nest” National Stadium, for example, will host the Opening and Closing Ceremonies. 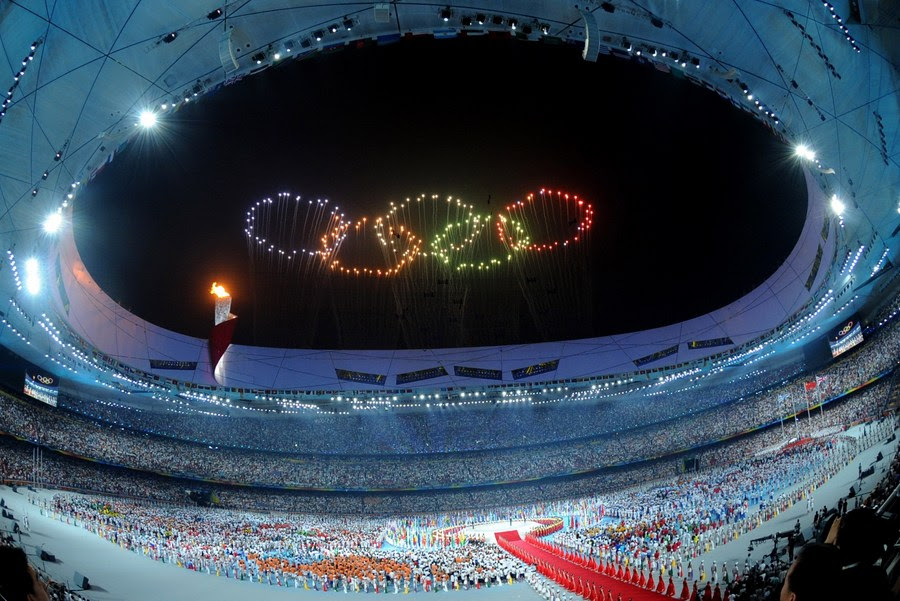 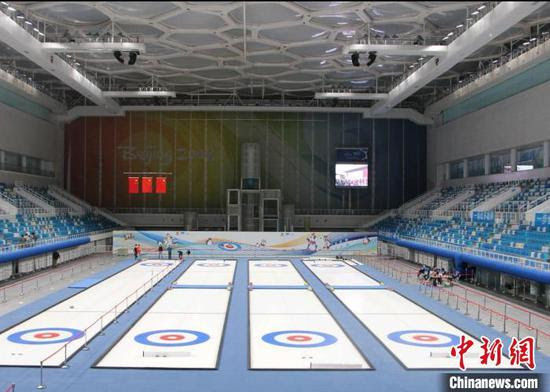 The Beijing National Aquatics Center, colloquially known as the “Water Cube”, has been renovated into the “Ice Cube” to host Winter Olympic events on ice.
The Water Cube, the swimming and diving venue from 2008, was frozen into the “Ice Cube” , with a transferable rink for curling allowing for swift water-ice switches on a seasonal basis. It has a seating capacity of 4,500. The China Junior Curling Open was the Ice Cube’s debut event in December 2019, after its pools were converted into Olympic-standard curling rinks. 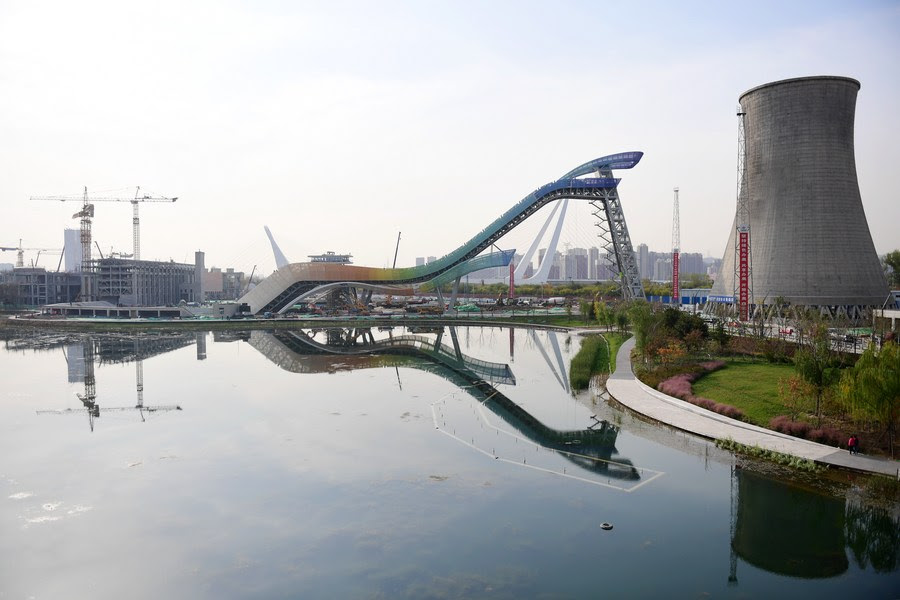 Big Air Shougang is part of the urban rejuvenation project that sees the hundred-year-old Shougang steel plants transformed into the Beijing 2022 headquarters. Big Air Shougang was the first newly-built arena to be delivered in the Beijing competition zone on October 31, 2019, less a year after construction began.

Located in the Shougang Industrial Park, which underwent a symbolic transformation to house the Beijing 2022 Organizing Committee headquarters, it is the only snow event venue in downtown Beijing, awaiting freeski and snowboard big air athletes to jump against the backdrop of coolant towers. First opened to the public at the Air & Style Beijing FIS World Cup in December 2019, the venue will be a permanent big air facility, the first of its kind in the world. 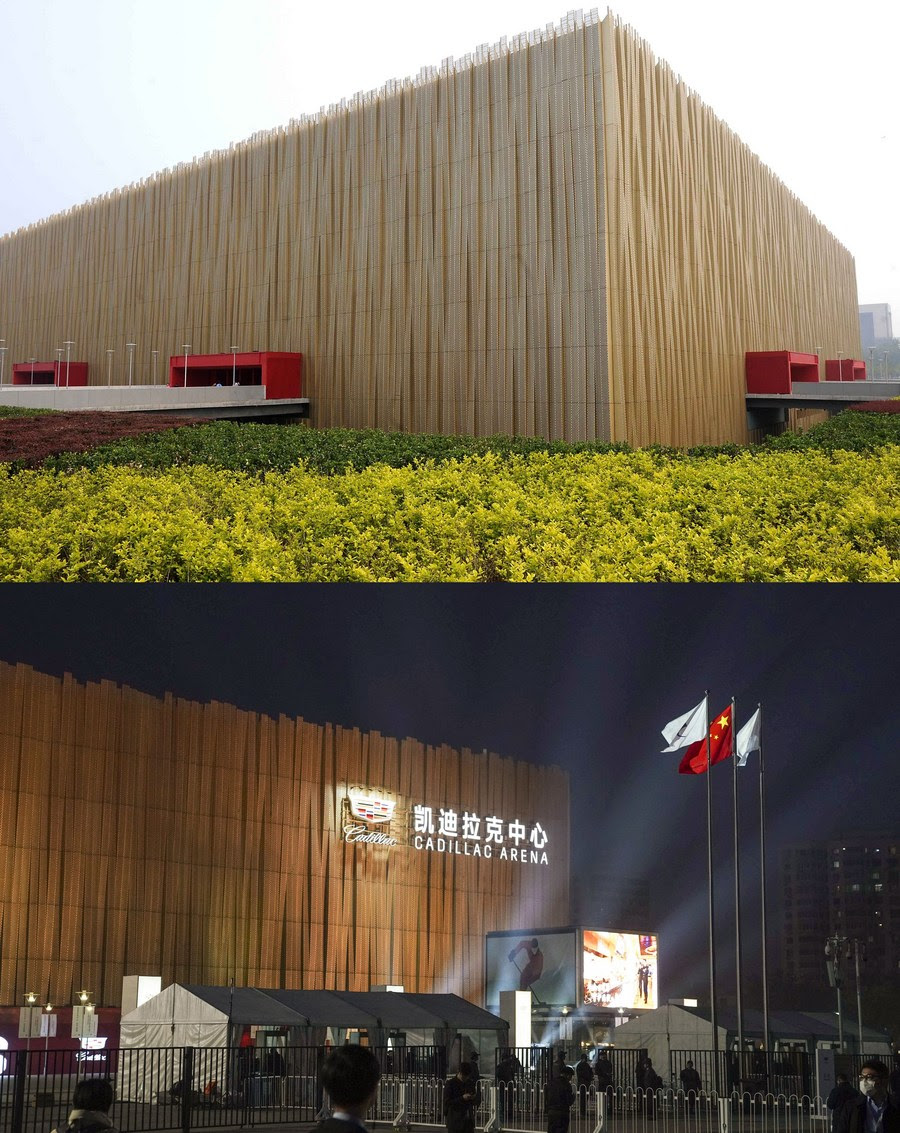 The Wukesong Sports Center, home to three-time Chinese Basketball Association (CBA) champions Beijing Ducks, is no stranger to seasonal transformations, having staged the National Hockey League (NHL) China Games in 2017 and Beijing’s first-ever winter sports meet in 2018. Built to Olympic standards, the stadium had be completed by the end of 2020. With a capacity of 9,000, Wukesong joins the National Indoor Stadium as women’s ice hockey venues for Beijing 2022.