Florence Fang: Stand up for the unfair treatment

San Francisco, May 19, 2022 (LAPost) – The Florence Fang’s Family Foundation held an event on May 18 with the theme of “Remembering and Reinvigorate” at the Asian Art Museum in San Francisco. In addition to affirming the achievements of Asian Americans to the United States, it also held a ribbon-cutting ceremony for the opening of the Fang Family launch platform donated by the Fang’s Family Foundation in the museum. San Francisco Mayor Breed, City Supervisor Connie Chan, California Board of Equalization Chair Malia Cohen and many other officials from counties and cities in California and the Bay Area attended the event. California Treasurer Fiona Ma served as the master of ceremonies. 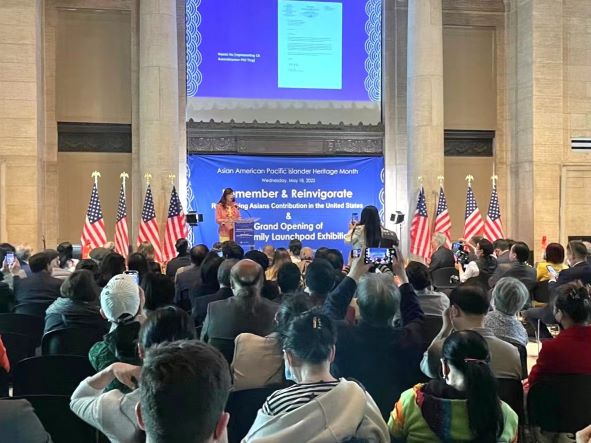 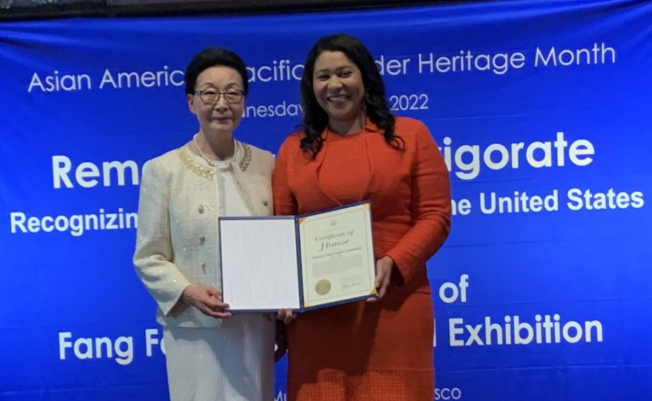 In her speech, San Francisco Mayor Breed recalled her experience of visiting Peking University, and pointed out the importance of enhancing understanding and communication between Chinese and American youths. She said that Asian Americans played an important role in the economic development of San Francisco, and made important contributions to the development of the western United States and the promotion of social development. She praised the Florence Fang Family Foundation for donating the launch pad to the Asian Museum of San Francisco during May Asian Heritage Month. She presented the Florence Fang’s Family Foundation with a certificate of congratulations and encouraged Chinese Americans to “can’t wait for a problem to start a conversation, it should continue.” 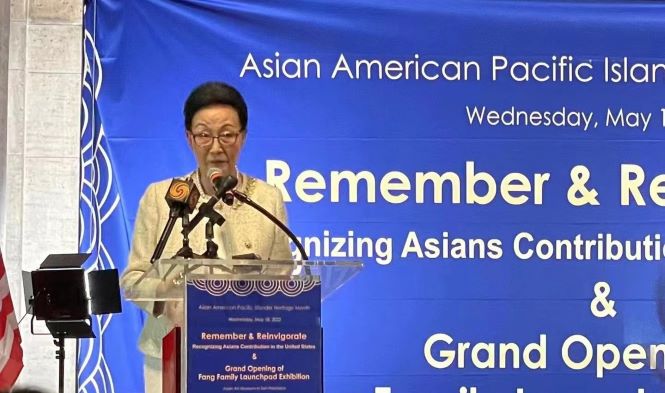 The organizer of the event, Ms. Florence Fang, said: “In May 1990, former US President George H.W. Bush signed a bill to expand the Asian-Pacific American History and Culture Week into a Cultural Month to recognize and celebrate the contributions and achievements of Asian Americans. I am honored at that time. Participated in. Two years later, on May 29, 1992, at the Presidential Asian-Pacific American Dinner at the White House, “Asian American Stories,” I was honored to be one of the speakers, sharing the stage with President Bush about my personal Asian-American story. American stories.”

Every May is Asian Pacific American Heritage Month, which is an affirmation of the contributions and achievements of Asian Americans, but we see that the current contributions and achievements of Asian Americans in the United States have been distorted, even in the form of hatred and attacks Regarding Asians, as an Asian immigrant who has come to the United States for more than 60 years, I feel the need to stand up for the unfair treatment of Asians in American society, and at the same time actively promote the contribution of the Asian-Pacific community to society and boost the Asian-Pacific community. Confidence to face challenges. 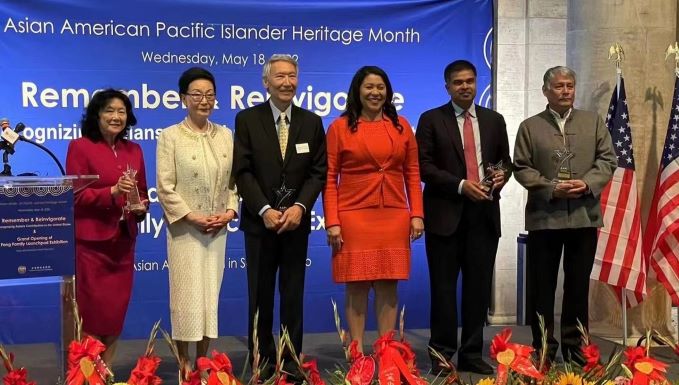 The activities of the day were divided into two stages. The first stage was to recognize the contribution of Asian Americans to the United States, and at the same time, four awards were presented at the meeting, one of which was the American Contribution Award; the other was the American Achievement Award. The four recipients are Professor Chenming Hu, who was awarded the National Science and Technology Innovation Medal by President Obama in 2016; Indian-born Kausik Rajgopal is the executive vice president and chief human resources officer of PayPal; Connie Young Yu is a A writer and historian, descended from Chinese railroad workers, he has been documenting the stories of Chinese Americans for over fifty years; Ted Fang is the former president of San Francisco Examiner and co-founder of Hepatitis B Elimination in America.

The second stage is the launch booth donated by the Florence Fang Family Foundation, which is called “Fang Family Launchpad” in English. There is a place for talent on the world stage, and this platform has strong federal, local, and community support to promote America’s diverse culture and allow modern Asian-American artists to have the opportunity to express themselves. It is hoped that through this platform, Asian culture and Western culture can be integrated and exchanged. The exhibition of each platform will be displayed for half a year to a year. California Treasurer Fiona Ma and Bay Area Council Chairman officiated at the platform’s launch.

Ms. Florence Fang finally said that this event was deeply moved by the strong support from the federal, local and community. The Florence Fang’s Family Foundation will hold a commemorative event every May in the future to lead the next generation to continue to “remember and revive Asian Americans.” Spirit”, and the Achievement and Contribution Awards will continue to be awarded each year, with the purpose of presenting and recognizing the contributions of Asian Americans to the United States, while also encouraging the next generation of Asian Americans.