Qufu’s glazed tile is one of the three major types of tiles in China, and is mainly used to repair and restore Confucian buildings, such as the Temple, Mansion and Cemetery of Confucius (551-479 BC). In 2014, the technique of producing Qufu glazed tile was listed as a national-level intangible cultural heritage item. 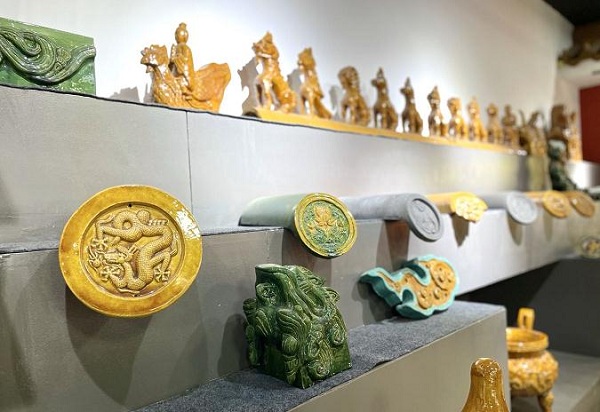 Qufu Dazhuang glazed tile factory has existed for 600 years, and its stele was inscribed by Emperor Wuzong of the Ming Dynasty (1368-1644). The factory used to exclusively supply tiles for Confucian buildings, and every tile is engraved with “Dazhuang” and “Imperial Brand”. Relying on its unique cultural resources, Dazhuang village in Qufu has formed an industrial chain of firing coloured glaze, which has been the dominant force in its economy. 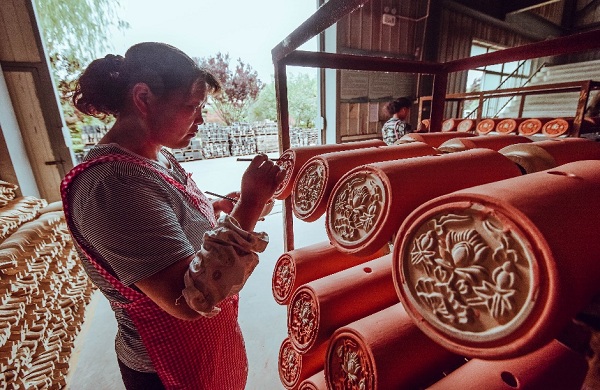 A worker carves patterns into the glazed tile. [Photo provided to chinadaily.com.cn]

73-year-old Liu Hongjiang is a clay sculptor and has been working in Dazhuang factory for 50 years. “Eave tiles, which are necessary in repairing ancient buildings or constructing new archaizing buildings, can be produced through machines and advanced technology, but the ornaments on the roof must be made by hand,” Liu said. 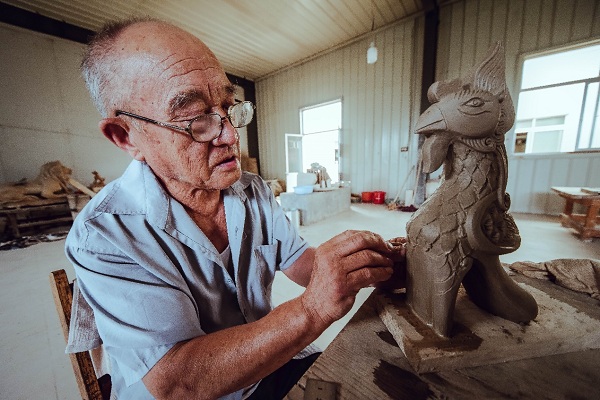 A craftsman creates an ornament. [Photo provided to chinadaily.com.cn]

In 2011, the factory adopted clean burning equipment driven by natural gas, realizing desulfurization and denitrification, creating a dust-free environment for workers, and solving the environmental problems in the traditional burning process.

The average annual yield of the factory is about 50 million glazed tiles, with an annual output of 50 million yuan ($7.51 million). In addition to producing round tiles, flat tiles and ornaments, the factory also makes customized glazed tiles. Its products are now exported to foreign countries such as the United States, Canada, and Japan. 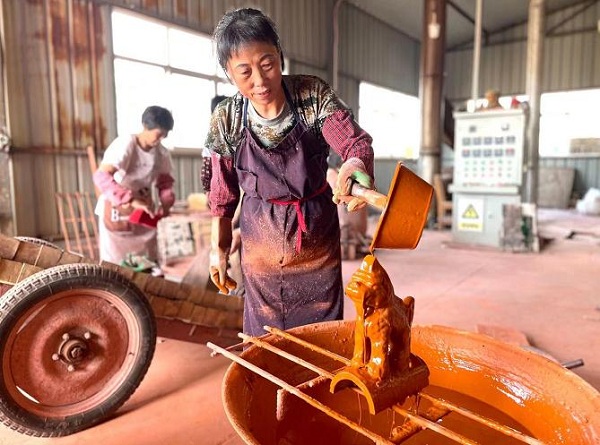 “Growing up in the factory, I would not allow this craftsmanship to end with me,” said Wang Shubao, the factory’s manager.

Wang is constantly investing in young talent, using a master-apprentice system to train young people. He started up a training workshop which employs retired craftsmen to teach the technique, while cooperating with universities to cultivate talent for the glazed tile industry.

Wang also encourages his employees to create new technology and products. “Instead of buying a heavy glazed title, most people would rather buy a creative glazed product for decoration,” Wang said. 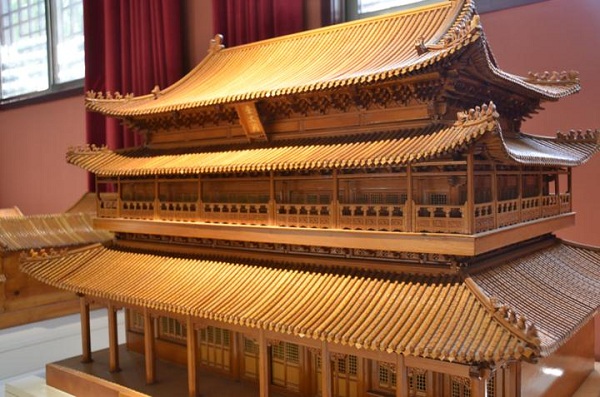 The prototype of an ancient building. [Photo/Jining News]