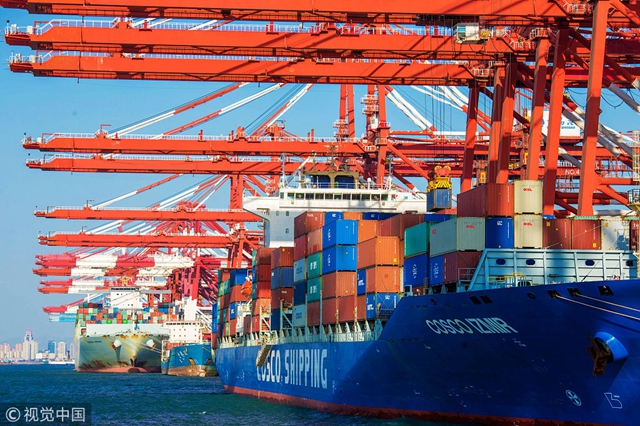 The third Qingdao Multinationals Summit, to be held on Monday and Tuesday, will continue to demonstrate China’s determined will to opening up and offer more business opportunities to the outside world with its growth, said government officials and corporate executives.

The event, to be held in Qingdao, East China’s Shandong province, will focus on six topics including global industrial and supply chains, the implementation of the Regional Comprehensive Economic Partnership agreement, and green and low-carbon transformation, according to the Ministry of Commerce and the Shandong provincial government.

The summit will declare China’s determination to promote a higher level of opening-up, share development opportunities with multinational companies, achieve mutual benefits and win-win results, and jointly promote global economic recovery, said Qian Keming, vice-minister of commerce. It is in line with President Xi Jinping’s economic thoughts on building a unified, open, competitive and orderly market system, where all businesses enjoy equal status before the law and have equal opportunities in the marketplace.

A total of 313 foreign multinational companies from 31 countries and regions have signed up for the summit’s offline events to date, 46 more than the previous edition in terms of company participants.

More than 3,000 guests from foreign companies will attend the online meetings. The summit’s opening ceremony will be held on the evening of Sunday.

After the RCEP pact came into force, China’s market-opening level has further improved, the entry threshold for foreign investment has also been lowered, and its business environment further optimized. This offers more favorable conditions for global companies to expand their presence in the country, said Robert Aspell, president for the Asia-Pacific at Cargill Inc, a United States-based agricultural conglomerate.

As open trade creates growth opportunities for the world economy, Aspell said the group will continue to work with its partners to call for and promote the sustainable development of global trade through opportunities and platforms like the Qingdao Multinationals Summit.

Apart from putting a crushing and refinery plant in Rizhao, Shandong province, into operation last November, the US company signed a new project focusing on aquatic animal nutrition products in Binzhou in the same province in February.

“Despite that China is faced with short-term challenges, we believe that the country will remain an attractive market, a superior industrial cluster and an increasingly efficient innovation hub for most multinational companies,” said Denis Depoux, global managing director of consultancy Roland Berger.

The Chinese market increasingly demonstrates features of its own in consumption patterns, domestic technology and business model evolution, which is different from other markets, calling for business model localization. Therefore, engagement and business models of multinational companies need to evolve accordingly so as to better participate in China’s future development, he added.

Against the backdrop of global economic uncertainty, China’s actual use of foreign capital surged 17.3 percent year-on-year to 564.2 billion yuan ($84.07 billion) in the first five months of the year, according to the latest data released by the Ministry of Commerce.