“This gift will go toward the construction of a new hybrid operating room which will  enable Methodist Hospital to further distinguish itself as the center of excellence for cardiac surgery and serve even more patients in our local communities more efficiently and effectively.” 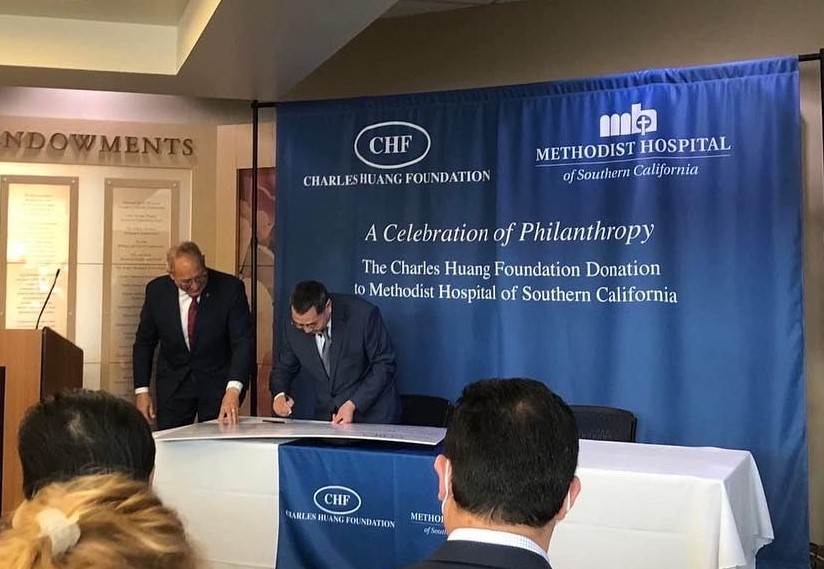 ARCADIA, Calif. (June 27, 2022) — Global entrepreneur and Arcadia resident Charles Huang, PhD, has announced he will donate $7.5 million to Methodist Hospital which will be the largest single gift in the 119-year history of the hospital. 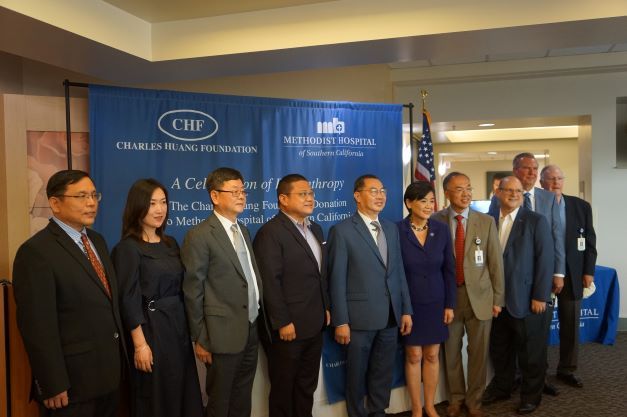 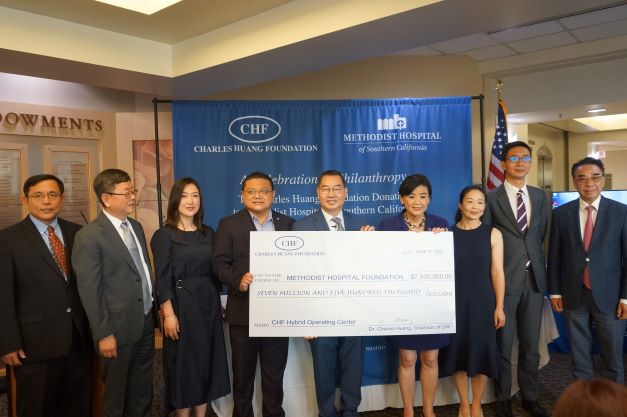 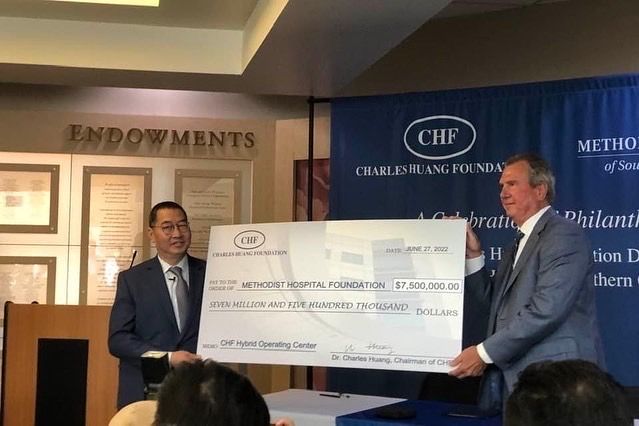 “We are so fortunate and pleased with this generous gift from Dr. Huang, which will be used toward the construction of a hybrid operating room,” said Mike Driebe, President of the Methodist Hospital Foundation.

This donation will be used for the construction and purchase of equipment for a new Hybrid Operating Room and a new 12-bed Pre-Operative/Post Anesthetic Care Unit for the hospital.  The new facility will be named “The Charles Huang Foundation Hybrid Operating Center.” 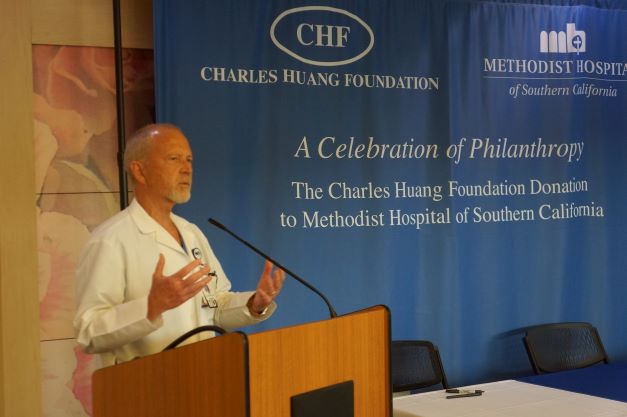 “A hybrid operating room is an advanced procedural space that combines a traditional operating room with an image guided interventional suite,” said Bala Chandrasekhar, MD, Chief Medical Officer of the hospital. “With this incredible donation, we will be able to create an OR that will include a combination of equipment and services that allows for highly complex, advanced surgical procedures. Our medical teams working in the hybrid OR are combined as well to form a multi-disciplinary group of clinicians prepared to meet the complex needs of patients which, ultimately, can save lives.”

“This gift is life changing and will benefit so many people for generations to come.” said Paul Cheng, mayor pre team at city of Arcadia.

While Dr. Huang is originally from China and is globally known as a highly successful investor and entrepreneur, he has resided in his adopted hometown of Arcadia for more than 20 years. Two of his children were born at Methodist Hospital and attend local schools, and he also has an adult daughter who recently gave birth to his first grandchild at the hospital. 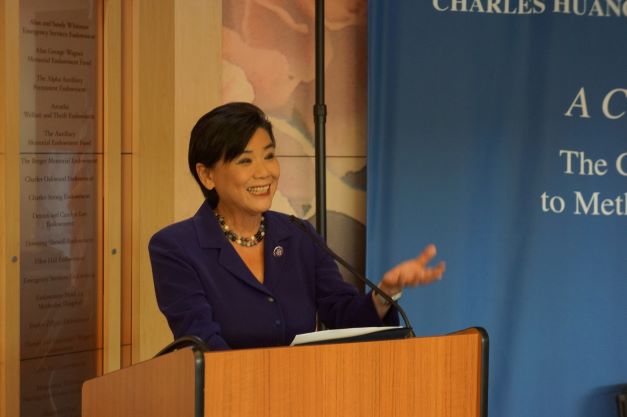 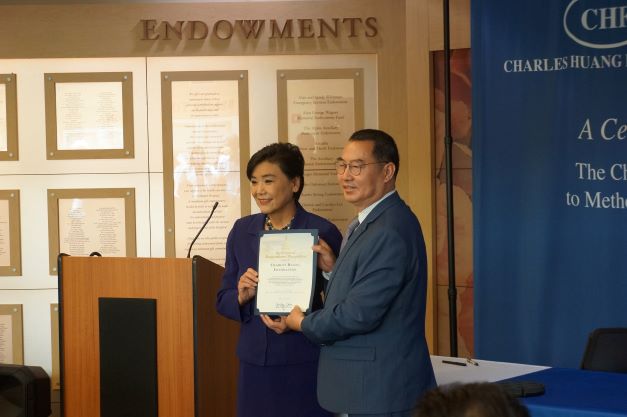 “I’ve always been impressed with the level of care and services at Methodist Hospital for both my family and several of our employees,” Dr. Huang said. “It’s important for everyone to support local organizations like Methodist Hospital that do so much for our community. We want to do all in our power to help expand needed health care services at the local level. With this new hybrid OR, Methodist Hospital will further distinguish itself as the center of excellence for cardiac surgery and serve even more patients in our local communities more efficiently and effectively.” 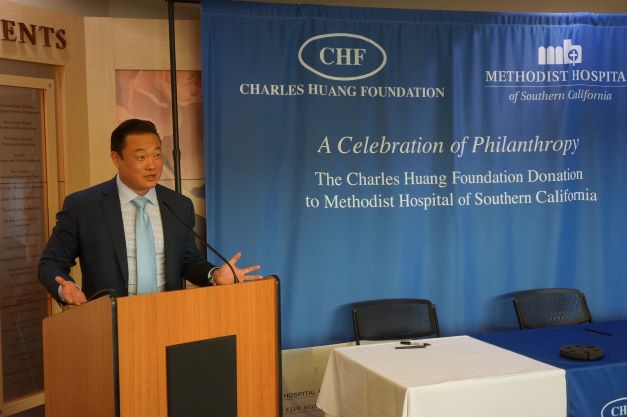 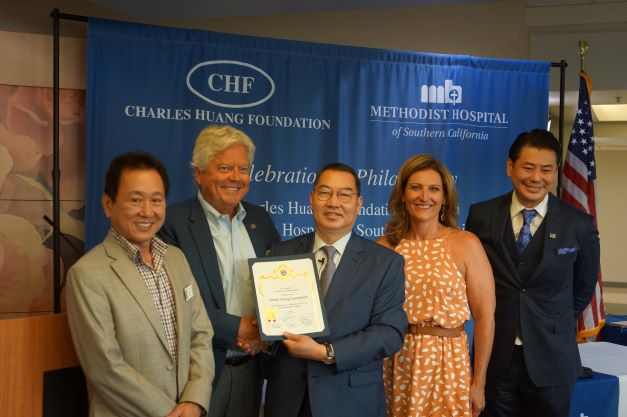 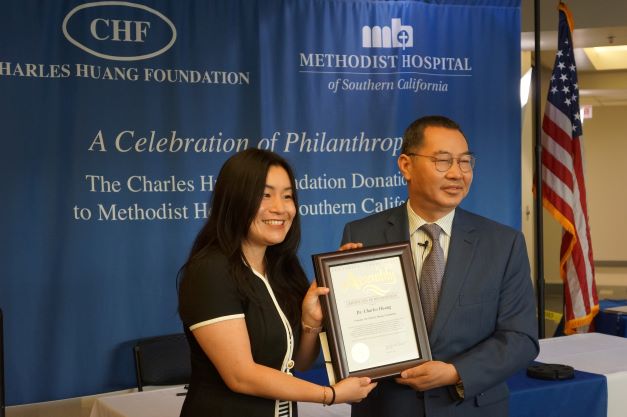 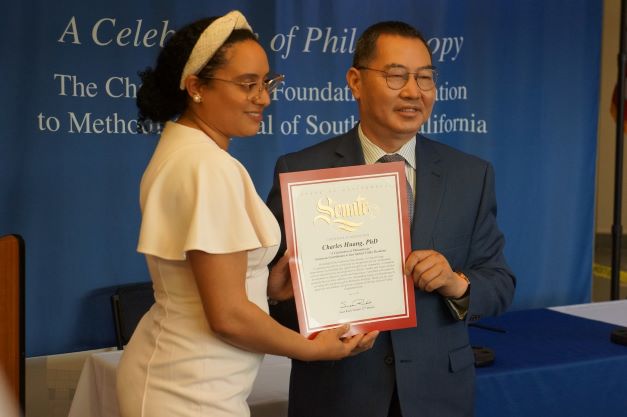 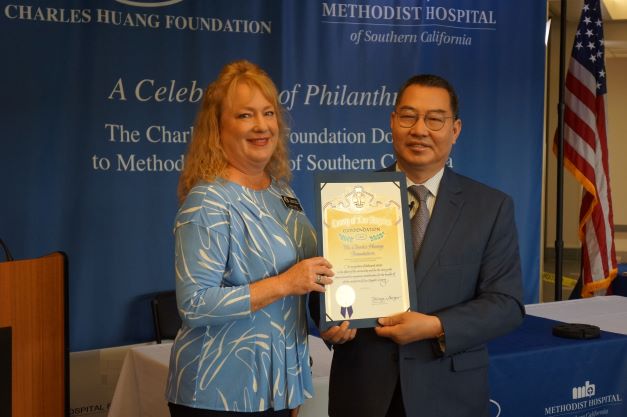 Dr. Huang is a Chinese American and entrepreneur who has enjoyed a distinguished career with great success in many innovative endeavors. In 2016, he founded Pasaca Capital Inc. and serves as the Chairman of the Pasadena-based multi-billion-dollar private equity company. Dr. Huang is also Chairman of the Charles Huang Foundation. 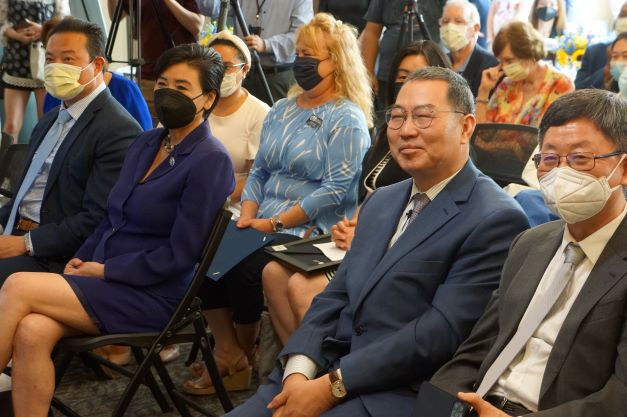 Prior to becoming a celebrated entrepreneur and a business executive in private and publicly traded companies, Dr. Huang participated in and led over 20 IPOs for Asian and global companies. Early in his career, Dr. Huang was recognized as having “the Midas touch” because of his unrivaled stock selection skills and impeccable stock market calls. Dr. Huang served as a pioneer in Chinese equity research at James Capel (Now HSBC Securities) in Hong Kong and as a top analyst at Crédit Lyonnais and BNP Paribas.

In 2020, Dr. Huang founded the Charles Huang Foundation with a mission to “bolster, enable, and inspire global development in education, health, and innovation.” Through the foundation, Dr. Huang has made substantial donations to his alma maters, including contributions to the University of Strathclyde in Scotland, and to Wuhan University in China. Most recently, Dr. Huang made a major donation to San Francisco’s Chinese Hospital as well as a pledge to create the Charles Huang Foundation Research Fund at the University of California, Los Angeles.

Earlier this year during Asian American Pacific Islander Heritage Month, Dr. Huang was recognized as one of the distinguished AAPI leaders and received the honor of “Excellence in Business” by California AAPI Legislative Caucus. In November 2021, Dr. Huang was named “Philanthropreneur of the Year” by the California State Assembly. Pasaca Capital was also named “Business of the Year” for its extraordinary contributions to the State of California and the world.