“My Dream is to Travel All Over China”—Interview with Balumuene Nkuna F., Ambassador of the Democratic Republic of the Congo (DRC) to China 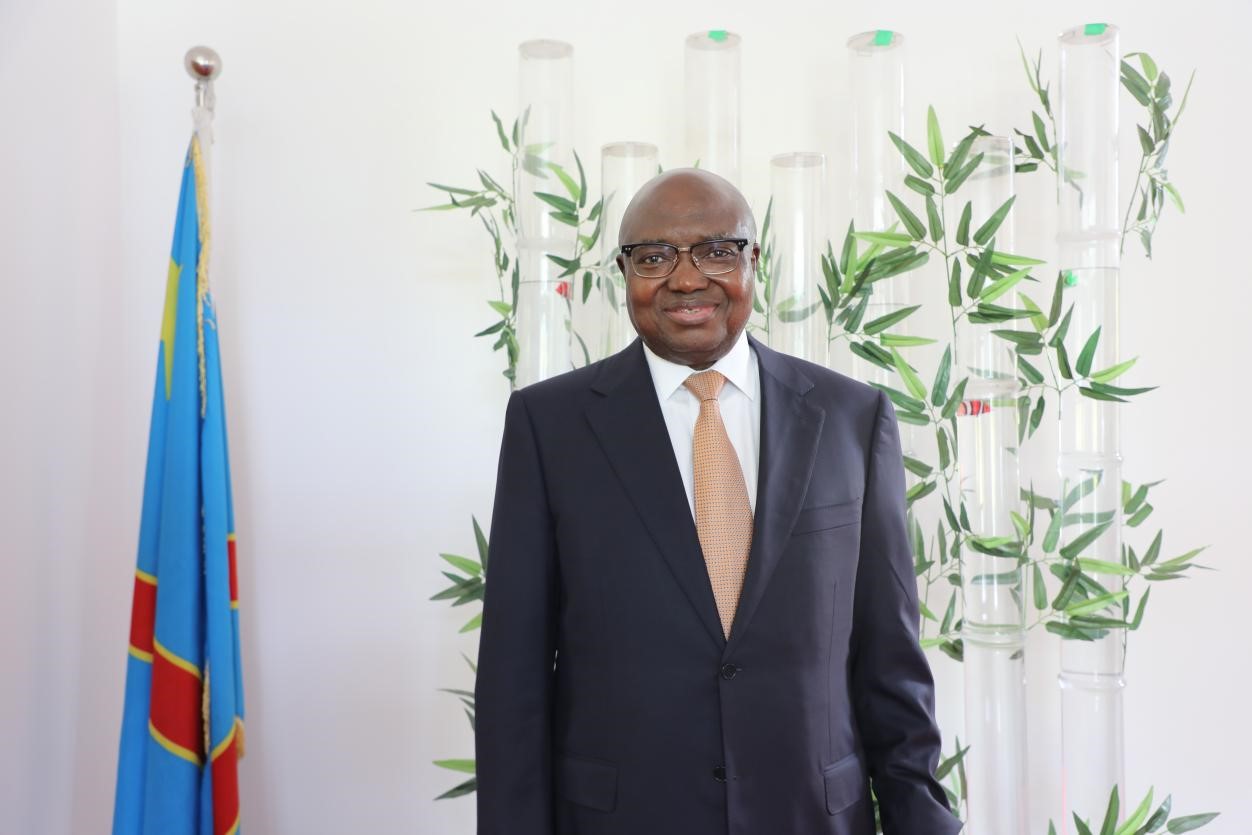 Balumuene Nkuna F., Ambassador of the Democratic Republic of the Congo (DRC) to China （Photo by Lu Ningyuan, Haiwainet）

“I want to go to Shanghai for a week to visit the business and financial sector there. I also want to go to Guangzhou, where many DRC people do business. I also want to go to the major agricultural provinces to learn about China’s advanced agricultural technology. China is a big producer of cars, so I also want to visit the major car-making provinces… My dream is to travel all over China. ” Balumuene Nkuna F., the DRC Ambassador to China recently gave a long list of wishes in an interview with People’s Daily Overseas. He said that it is an important task for him as an ambassador to deeply understand China’s development and bring China’s experience back to the DRC.

“The Dynamic Zero-COVID Approach” is Responsible to the People

Balomouene arrived in China in February this year to take office. He visited China for the first time in 2008. Talking about China’s changes, Balomouene repeatedly expressed his admiration. He was impressed by what he saw on his journey from Shanghai to Beijing by high-speed train. “There was almost no wasteland along the way. What you saw were bustling cities, large factories, high-rise buildings, highways, railways and power facilities everywhere. These are signs of development.”

The Beijing-Shanghai high-speed railway, which Balumuene praised, is China’s historical leap from a large country to a strong one in the field of transportation. From 2012 to the end of 2021, China’s railways and highways have increased around 1.1 million kilometers, equivalent to 27.5 times the Earth’s equator. High-speed railways and highways have covered more than 95% of the cities with a population of over 200,000. “The speed of infrastructure development in China is astonishing. The efforts of the Chinese people are admirable and they deserve to be a role model for other countries and regions,” Balumuene said.

Balumuene is very optimistic about China’s economic prospects. He said that strong productivity is an important manifestation of China’s strong economic resilience. China boasts its products of various categories and grades and sells them all over the world. China’s economy plays a critical role in the world economy. At present, China is an important engine for the world economic recovery.

Balumuene believes that it is the right choice for China to insist on coordinating epidemic prevention and control with economic development. “According to China’s epidemic prevention regulations, I take nucleic acid tests on time.” Balumuene said that “the dynamic zero-COVID approach” is responsible to the people and the effect is obvious to all. It can eliminate the negative impact of the epidemic on economic and social development to the maximum extent within a short period of time, rather than leaving the development affected by the epidemic. Recently, China’s manufacturing enterprises have accelerated the pace of resuming work and production, which is a positive signal for revitalizing the world economy.