Los Angeles, CA, Auguest 13, 2022  – Adventurous. Bold. Daring; these are perfect ways to describe director/producer Lina Yuchen Guan Li, her film Cranberry Chorus, and its main characters. True artists are passionate beings who throw themselves whole heartedly into the creative process to make a statement. Cranberry Chorus is a film bursting at the seams with heart. 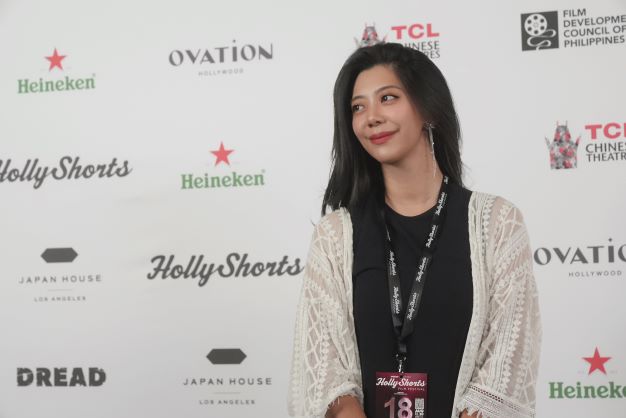 The creation of something so uncomplicated and yet so multidimensional is only manifested by someone who possesses both immense skill and a perspective gained from immersion. Ms. Li demanded much of herself in the process of making this film and equally as much from her collaborators. She filmed on multiple continents to acquire the ideal setting for the story.

The final version of the film, released at the Academy Qualifying 18th Annual HollyShorts Film Festival, astonished audiences with its grace and warmth. While it’s a most impressive reaction from an audience, Lina confides that one of the forces that was essential to making this film was fear. She relates, “This was two years in the making and we certainly took a big swing. The film has deaf child actors and a cranberry field that could be harvested at any time; all elements which are uncertain but precise instability is an important attribute of this world. My cinematographer Derrick Chen convinced me that shooting on 35mm film was the best way to create the look and mood we were going for, but I was scared about using film. Our first shot was developed with an obvious scratch in the upper left corner, which we could have fixed in post or recomposed to crop it out, but we chose to keep this imperfection because it reminded me of a phrase often mentioned by Deaf community, that imperfection is the most perfect.”

From the very first scenes of Cranberry Chorus, Lina Li sets the precedent that the intention of the story won’t be spoonfed to the audience. Is it an inspirational tale of one boy’s struggle? Is it about a group overcoming the odds? Is it about friendship? Perhaps the ill roots of a seemingly altruistic academic system? The unusual components of a deaf children’s chorus and a community whose livelihood is dependent on a cranberry farm establishes that many forces and events in the world appear unrelated but we simply need to pay attention to glimpse the connection. Ken, Rowan, and the other young characters in this film experience extreme highs and lows in the story but are always encumbered by a heaviness imposed by others who typically see their “condition” rather than seeing who they truly are as people. Ultimately, the only way to change this cycle is for the children themselves to alter it, which they do in an unexpected way. Based on a true story, footage of the real-life Cranberry Chorus is seen at the end of this film. 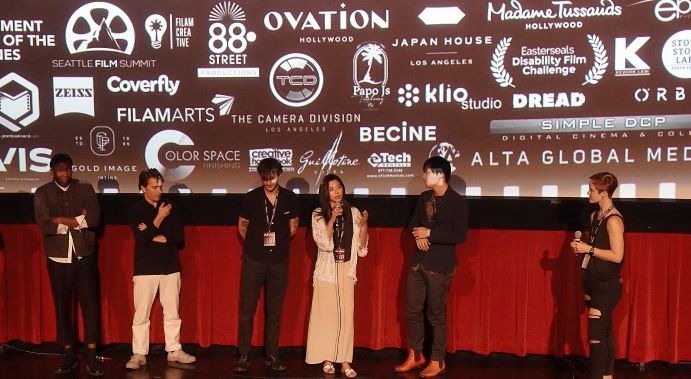 Lina Li fervently believes in the strength of film to cultivate understanding. Spending over a year visiting schools for the deaf and learning ASL was her means of entry into understanding the world of the characters in this story and representing them with authenticity.

Through this process she came to appreciate the fact that sign language facial expressions are essential to the way this group of people communicate. Ms. Li made the decision to use only deaf children for the main actors of Cranberry Chorus to convey the honest way these characters would communicate. In the gamble of using deaf actors in their first ever film roles, Lina establishes a unique tone while proving how extraordinary her directing talent is.

The cast and their performances are immensely moving and imbue the action of the film with something seldom seen in the medium, originality. As with the most gifted of artists, Lina Li’s most powerful attribute is her empathy. Inspired for years by her nephew’s struggles in the special education system, Lina began to ponder how deaf children feel emotionally when performing. She relates, “I was watching these children sing and wondering to myself ‘Are they happy?’ They can’t really hear themselves and it’s not the way they typically express themselves. It seems like we are doing a wonderful thing for them to put them in this performative situation but, are we? I recalled a time when my mother told me that cranberries are grown in water. Through investigating this I discovered that it is only a method of harvest but many people think that cranberries are grown in water the entire time. It seems that we understand these familiar things but we actually don’t understand at all, just like these deaf children.

Do we really know them? Have we really tried to understand them on a deeper level? Have we provided them with the help and respect we can? I hope that more filmmakers can pay attention to the realities of minority groups. Even just a little more understanding of them is a kind of social progress. This is my wish and original intention in making Cranberry Chorus.”  Lina Li’s Cranberry Chorus received the Gold Remi Award at the 55th Houston International Film Festival. (LAPost)