Regeneration: An Introduction Film Series Begins on August 25 with Premiere of the Newly Restored Reform School (1939), a Film Once Thought Lost

LOS ANGELES, AUG. 17, 2022—The Academy Museum of Motion Pictures debuts Regeneration: Black Cinema, 1898–1971 on August 21, 2022. The ambitious exhibition, on view through April 9, 2023, explores the achievements and challenges of Black filmmakers in the US in both independent production and the studio system—in front of the camera and behind it—from cinema’s infancy in the 1890s to the early 1970s. 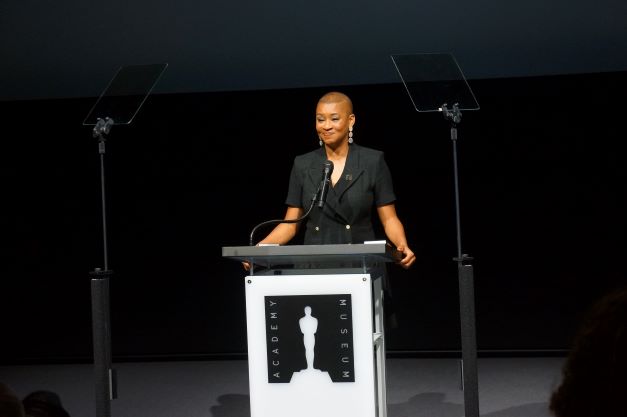 The exhibition is co-curated by Doris Berger, Vice President of Curatorial Affairs at the Academy Museum, and Rhea L. Combs, Director of Curatorial Affairs at the Smithsonian’s National Portrait Gallery, with the Academy Museum’s J. Raúl Guzmán, Assistant Curator, as well as Manouchka Kelly Labouba and Emily Rauber Rodriguez, Research Assistants. Multiple film series are organized by Bernardo Rondeau, Senior Director of Film Programs for the Academy Museum, and a future exhibition film series will be guest-programmed by Black Film Archive creator and curator Maya Cade.

“This landmark exhibition seeks to restore lost chapters of American film history as it elevates the contributions of Black artists to present a more inclusive story,” said the Academy Museum’s recently appointed Director and President Jacqueline Stewart. “We are incredibly proud to present Regeneration, an exhibition that demonstrates how the Academy Museum shares new scholarship, offers a more expansive vision of American film history, and encourages public dialogue about the past and present of film as an art form and a social force.” 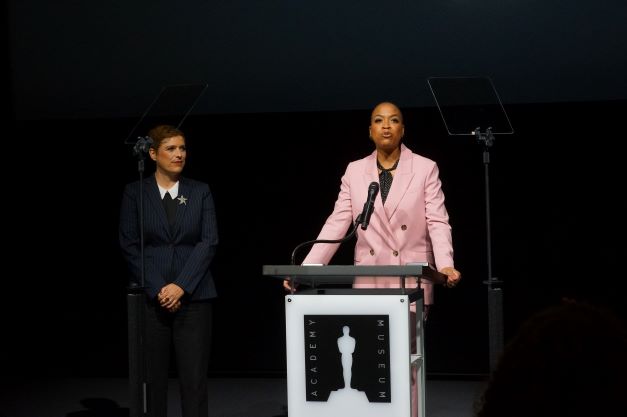 Co-curators Berger and Combs said, “It has been a great honor for us to curate Regeneration, a project that challenged us to do justice to the lives and work of nearly a century of Black filmmakers and the audiences they served. The legacies explored in these galleries were important in their own time, though too often neglected and marginalized, they remain vital today. We hope to heighten awareness of these films and film artists and encourage an appreciation of the many, many contributions that African Americans have made to cinema.” 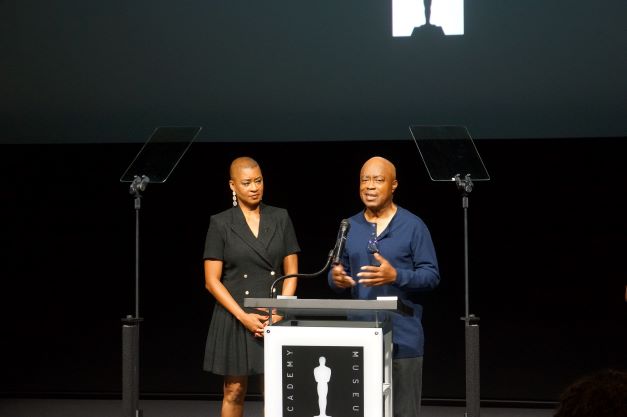 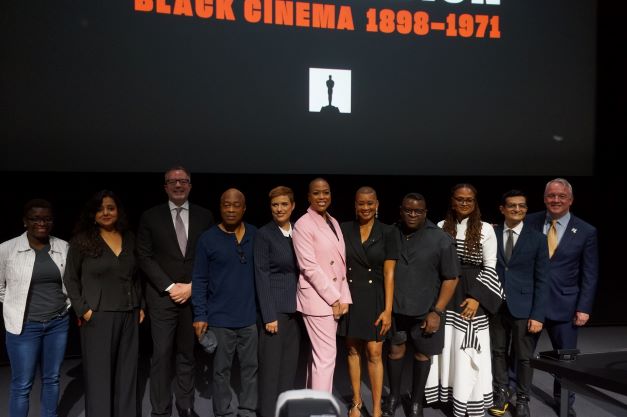 Regeneration comprises seven galleries dedicated to exploring the social and political situation of Black Americans at the dawn of filmmaking; the presence and images of Black people in early cinema beginning in 1898; pioneering independent Black filmmakers such as Oscar Micheaux and so-called “race films” from the 1910s to the 1940s; Black music in American film, including “soundies” and Black musicals of the 1920s and 1940s; Black stars and film icons from the 1920s through the 1950s; and freedom movements in the 1950s and 1960s. The concluding gallery in Regeneration pays tribute to five Black directors active from the 1960s onward: Melvin Van Peebles, Gordon Parks, William Greaves, Madeline Anderson, and Robert L. Goodwin. 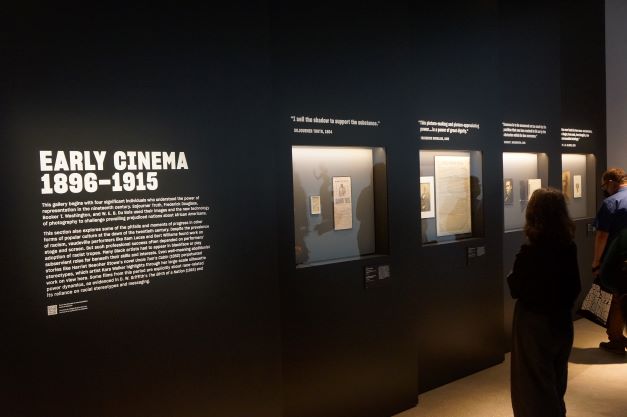 The exhibition opens with two versions of a clip from Something Good – Negro Kiss (1898), showcasing vaudeville performers Saint Suttle (1870–1932) and Gertie Brown (1882–1934) in what appears to be one of the earliest examples of an on-screen performance of affection by Black actors. This silent work counters the popular stereotypical and racist caricatures of Black performance at the time. Additional highlights on view include never-before-shown costume drawings from Carmen Jones (1954); glamour portraits of leading Black film stars; costumes worn by Lena Horne in Stormy Weather (1943), and Sammy Davis Jr. in Porgy and Bess (1959); a 1920s camera from the Norman Film Company, a producer of race films; a 1940s Mills Panoram machine, on which visitors to the exhibition can watch “soundies;” and one of Louis Armstrong’s trumpets. 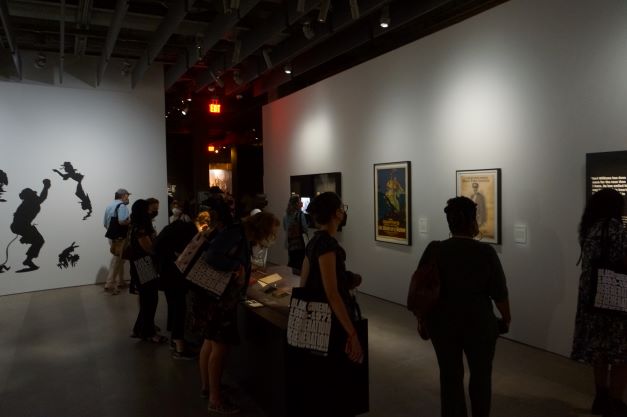 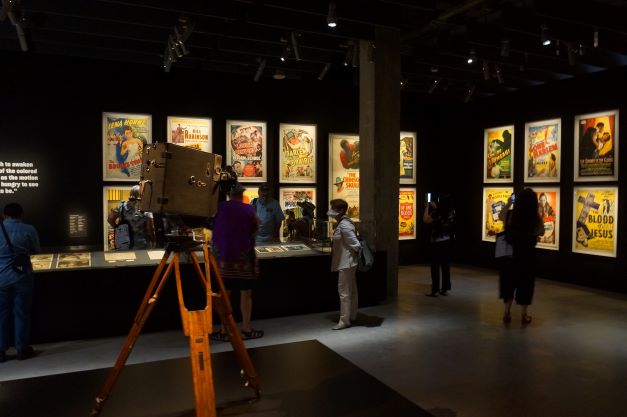 Throughout the exhibition, to address the continuing impact of the legacy of Black filmmaking and its interplay with other traditions in visual art, the exhibition also includes works by contemporary artists including Theaster Gates (Some Remember Sock Hops, Others Remember Riots, 2020), Glenn Ligon (Double America 2, 2014), Gary Simmons (Balcony Seating Only, 2017), and Kara Walker (The End of Uncle Tom and the Grand Allegorical Tableau of Eva in Heaven, 1995). 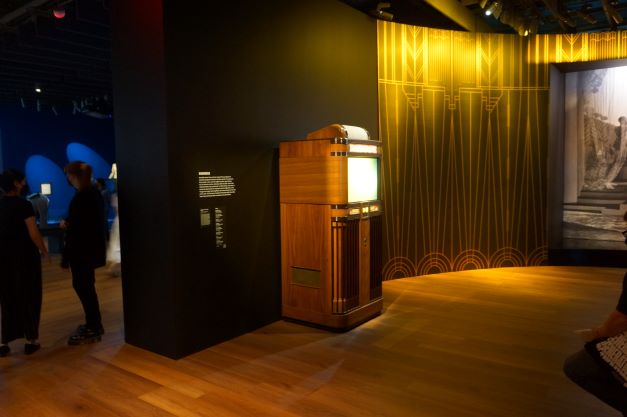 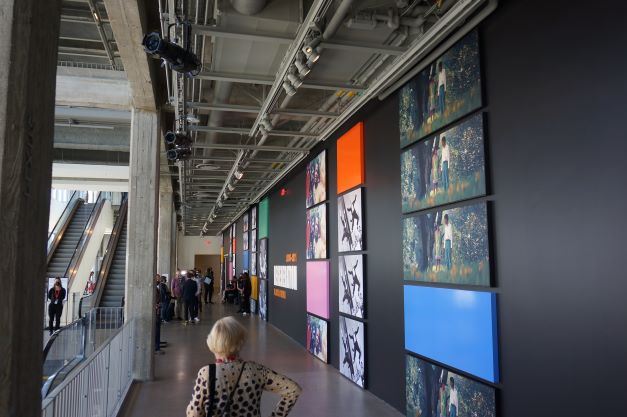 Presented in conjunction with Regeneration is Isaac Julien’s Baltimore, a three-channel installation from 2003 that is located in the Academy Museum’s Warner Bros. Gallery. Julien’s film is an homage to writer, director, producer, and actor Melvin Van Peebles (1932–2021), whose 1971 film Sweet Sweetback’s Baadasssss Song ushered in the “blaxploitation” era, a genre of low-budget films created for African American audiences during the 1970s. Artist Isaac Julien appropriates the look and feel of blaxploitation films, using Baltimore’s streets and museums as locations. Julian created this piece while filming Baadasssss Cinema (2002), a documentary on blaxploitation. Julien is a world-renowned British installation artist, filmmaker, and distinguished professor of the arts at the University of California, Santa Cruz.