Our Future LA hails passage of SB679 by CA Senate, urges Newsom to sign for affordable housing in LA County

Los Angeles, CA (August 31, 2022) – Members of the Our Future Los Angeles (OFLA) coalition hailed the passage by a 21-13 vote in California’s State Senate of Senate Bill 679, which would establish the Los Angeles County Affordable Housing Solutions Agency (LACAHSA). The measure, which passed the State Assembly on a 41-14 vote,  now heads to the desk of Governor Gavin Newsom for final approval.

If signed, it would establish LACAHSA, an independent countywide housing solutions agency with the ability to raise its own public and private revenue to fund systemic solutions to Los Angeles’s current affordable housing crisis.

“A powerful, coordinated response to our housing crisis is within reach, bringing real resources and support to L.A. County residents who don’t know how they will stay in their homes,” said Elise Buik, President and CEO of United Way of Greater Los Angeles. “By signing SB679, Governor Newsom can achieve his housing goals by making the construction of badly needed affordable housing options in Los Angeles County faster and less expensive.”

Under the current system, 88 cities across the county are left to deal with affordability problems on their own, creating a patchwork of housing affordability solutions and in many cases, none at all. LACAHSA would coordinate a countywide strategy for all 88 cities to join forces to address homelessness in an innovative way.

“The current housing system in place hasn’t done enough to support working families across this region. It hasn’t worked to create housing for low income people, end homelessness, or increase homeownership, said Tania Medina, a Baldwin Park resident and member of LA Voice, a multi-racial, multi-faith community organization. “With LACAHSA we know that we can do so much more.”

Zeke Sandoval, Public Policy Manager at People Assisting the Homeless (PATH) said PATH is a supporter of SB 679 because it creates a powerful new tool to produce affordable housing at the necessary scale. “Homes end homelessness. The affordable homes LACAHSA will build will be a refuge for county residents journeying out of homelessness, and for the millions of housed county residents on the brink of losing their homes,” Sandoval said.

“People are struggling to stay in their homes, so where are the alternative housing solutions?” said Derek Steele, Executive Director of the Social Justice Learning Institute. “No one resident, community organization, city or municipality on their own has the single solution to turn around generations of neglect to our affordable housing supply. It’s going to take all of us to develop the solutions so people can not only survive this crisis but thrive on the other side of it.”

A recent analysis of housing burden in L.A. County by the Gender Equity Policy Institute found these striking statistics, underscoring the need for more to be done to support low income people across L.A. County:

SB679 (Kamlager) would authorize a new countywide independent agency, similar to the transportation agency Metro. It is an ambitious solution to bring all 88 cities and L.A. County together to significantly increase efforts to create affordable housing for low income people– and help people at risk of homelessness keep their homes. If the Governor signs the bill, the new agency would begin operations in the spring of 2023. 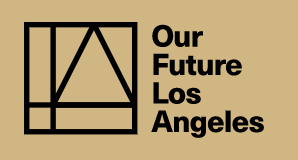