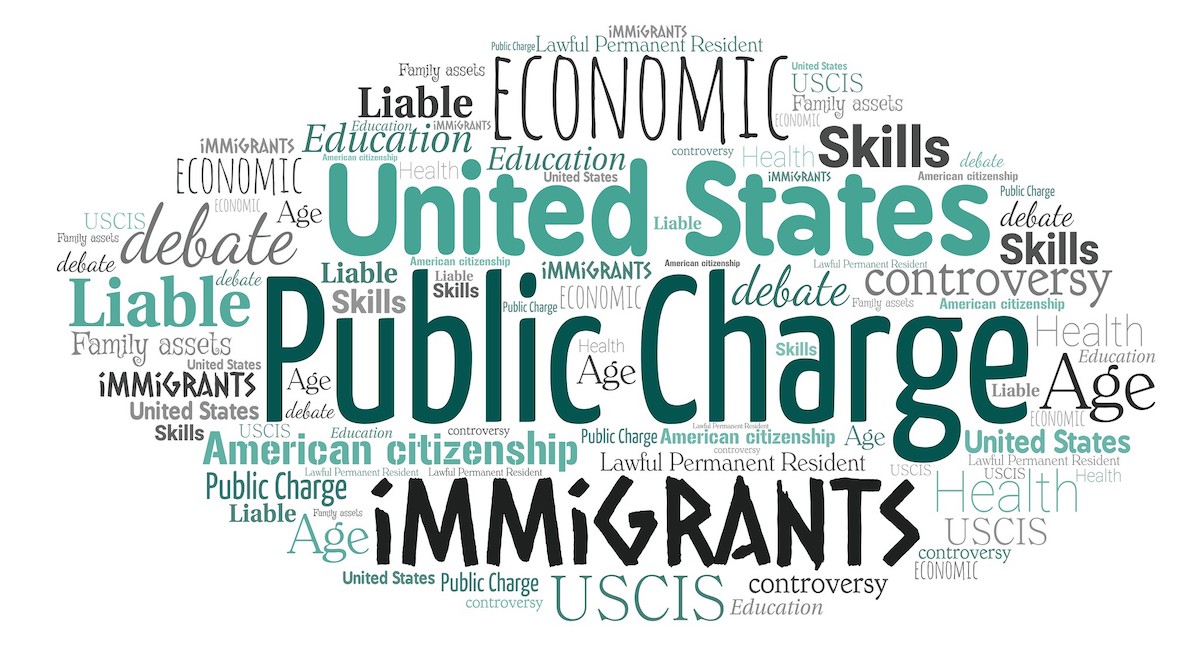 The Biden Administration last week gutted the signature Trump-era policy known as public charge, which effectively imposed a wealth tax on people seeking to gain permanent residency in the US.

The new rule will go into effect on Dec. 23. It has already undergone a 60-day public comment period, and thus needs no further adjudication before it takes effect.

The rule greatly narrows the definition of public charge to just two criteria: Temporary Assistance for Needy Families, and institutionalization for long-term care.

The Trump administration had broadened the definition of the seldom-used 1999 rule to include immigrants receiving Medicaid, public housing, or Supplemental Nutrition Assistance Program (SNAP) benefits as part of the public charge inadmissibility determination, even if they were applying for those benefits on behalf of their US born children.

The rule — which gave immigration officers the discretion to determine if an individual applying for a green card might become dependent on the government — would also have been imposed on people attempting to permanently enter the US.

Lawsuits and injunctions kept Trump’s policy from ever being imposed, except for a brief window in 2020. The US Supreme Court killed Trump’s rule in 2021, shortly after President Joe Biden took office.

But despite non-implementation, the rule had a chilling effect on immigrant communities. Millions of people disenrolled themselves and family members from federal benefits to which they were entitled, for fear of invoking public charge inadmissibility when they applied for permanent residency.

“This action (today) ensures fair and humane treatment of legal immigrants and their U.S. citizen family members,” said Secretary of Homeland Security Alejandro Mayorkas in a Sept. 8 press statement. “Consistent with America’s bedrock values, we will not penalize individuals for choosing to access the health benefits and other supplemental government services available to them.”

The public charge test potentially impacts approximately 10 million immigrants and 12 million children, many of whom are US citizens, but born into mixed-status families.

“We welcome this long-awaited change in policy. It will have a beneficial impact on millions of immigrants, primarily women and children,” said Essey Workie, director of the Migration Policy Institute Human Services Initiative.

“But while the rule is moving in the right direction, immigrant communities are still fearful of what might happen in the future. A change in administration might bring back the restrictive rules, impacting immigration status,” said Workie in an interview with Ethnic Media Services.

Lawsuits and injunctions are definitely expected, but those must be based on technical or procedural issues. “I don’t see that applying to this situation,” said Workie.

Zenobia Lai, executive director of the Houston Immigration Legal Services Collaborative, said: “The Department of Homeland Security has realized the chilling effects of the public charge rule on immigrant families, especially those with US born children. We must move from that chill to a thaw.”

She  noted that benefits received by children or other family members would not count when an immigration officer determines whether an applicant is deemed a public charge. She clarified that only government assistance would count and — under the new rule — would be limited to TANF and long-term medical institutionalization. Lai expressed her hope that those two categories would be removed in the future.

Lai also clarified that benefits received during the Covid-19 pandemic would not be considered for inadmissibility under the public charge rule.

She noted that immigration officers are mandated to weigh in on the totality of an applicant’s financial resources and future income prospects. Almost 60 percent of people applying for adjustment of status will be asked to provide an affidavit of support from a family member or other individual.

“This will be highly considered for the approval of the application to adjust status,” said Lai.

The Trump administration’s rhetoric had a chilling effect on immigrant families. For example, during the Trump administration, more than 240,000 children in Texas were dis-enrolled by their parents from Medicaid and the Children’s Health Insurance Program, noted Anne Dunkelberg, Program Director for the Health and Wellness Team at the non-profit organization Every Texan.

In Texas, one out of every four children has a parent who is not a US citizen. Many of them are undocumented, Dunkelberg noted at a press briefing Sept. 13.

“Parents no longer need to fear enrolling their eligible family members in public benefits. It will not affect their own immigration status,” she said.

There has been so much misinformation about the public charge rule, which has deterred people from enrolling themselves for benefits to which they are entitled, said Jennifer Duarte of Texas-based Project Vida. “Families are still fearful, based on misinformation. The new public charge is a small win in an ongoing battle,” she said.

“Politicians have stoked fear in the immigrant community, and will continue to do so,” said Esther Reyes Martinez, director of immigration policy and advocacy at the Children’s Defense Fund in Texas. She noted that the new rule has been written in a way to make it much more difficult for future administrations to attempt to change it.

“It was not only meant to favor white and wealthy immigrants applying for admission or a green card, but also aimed to create fear and confusion about the use of critical, life-saving programs within low-income communities of color.”

“Tragically, the issuance of the last rule caused many immigrants of color, including Asian Americans, to withdraw from health care, nutrition programs, housing services, and other benefits,” said the organization, noting that the new rule greatly simplifies the public charge test.

“This policy is an important step in advancing the Biden administration’s priority of addressing socioeconomic and racial inequities that have been exacerbated by the ongoing COVID-19 pandemic,” she said.