LAPost/Costa Mesa, Calif. (October 26, 2022) – The internationally acclaimed Cloud Gate Dance Theatre of Taiwan performed its first post-pandemic U.S. tour on October 26 at the renowned Segerstrom Hall in Costa Mesa, Southern California, performed the modern dance ’13 Tongues’ created by Cheng Tsung-lung, the new Artistic Director of the Cloud Gate Dance Theatre, for the audience of nearly 3,000. After the performance, the audience stood up and cheered and applauded for nearly ten minutes, once again showing the unique charm of Cloud Gate. and great contagion. 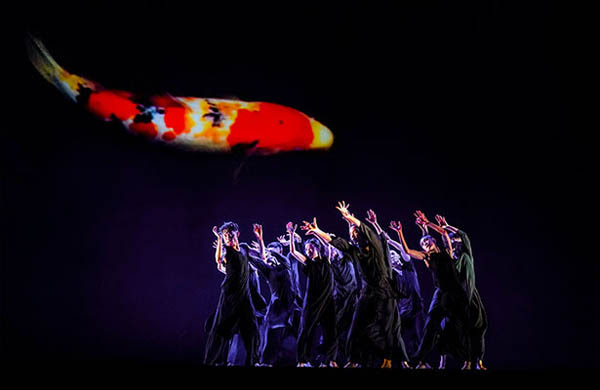 ’13 Tongues’ created by Cheng Tsung-lung in 2016 is inspired by the figures and appearances of the street figures in Taipei’s Bangka/Wanhua in the 1960s, combined with cultural landscapes such as local religious rituals, night market hawking, Hengchun ancient ballads, etc., to combine the unique temple sounds and colors of Taiwan, slang and body language are combined, and elements such as “various on the street, scenes of people coming and going, unique temple sounds” are integrated, and the feelings in memory are presented in the dance. I hope to present the ancient cultural memory to the world through dance. 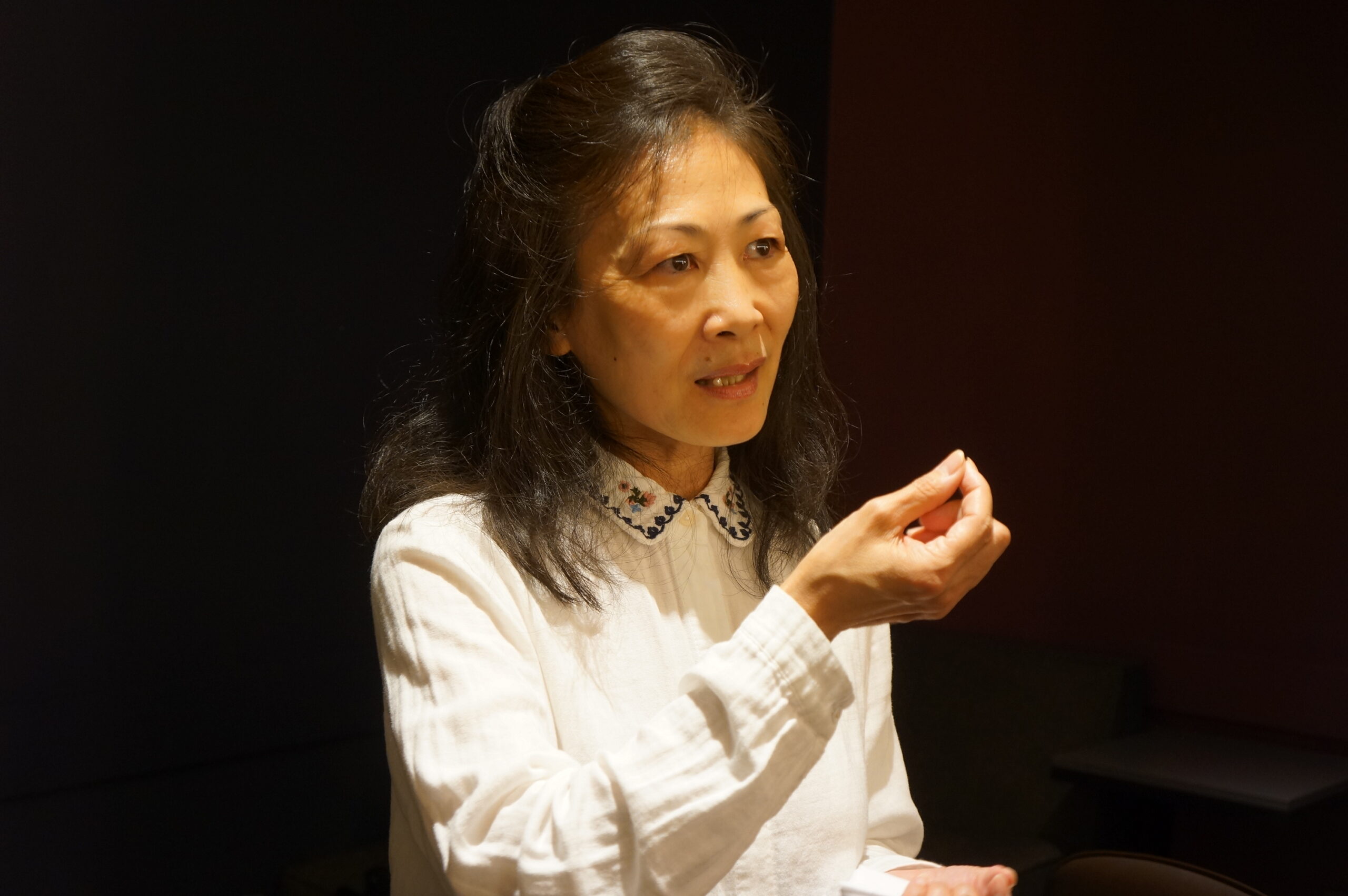 LEE Ching-chun, associate artistic director of Cloud Gate Dance Theatre of Taiwan, said in a joint Chinese and English interview with EBC Satellite TV and the Los Angeles Post, “After years of polishing this work after its premiere in 2016, this tour in the United States is now showing a very mature and strong state.

“The visual inspiration of this work comes from temples in Taiwan. Outside the temples, there are Taiwanese operas (歌仔戲) and puppet shows. In the early days when there was no lighting, neon clothes were often used to show fluorescent colors. This way It was adopted by Cheng Tsung-lung, the choreographer and artistic director of Cloud Gate, so it is presented in several paragraphs of this dance drama. The dancers’ neon-colored clothes have their own characteristics, and this celebration expresses that everyone is righteous. In terms of sound, the dancers have to sing Manjhou folk songs, Taoist mantras, and after reborn contemplation and practice to achieve a godlike state, showing the dancer’s eighteen martial arts.”

When talking about the local audience’s understanding, on-site interaction, feedback and feelings of the works during the tour in several cities, LEE Ching-chun said: “Every work comes from culture, ’13 Tongues’ is from a special city The works produced in the culture, dance is an international language, and everything can be expressed through the movements of the body. This tour has been to several cities, and there is almost no feedback from the audience that they do not understand. Therefore, the emotions and body language conveyed by good works are common, especially when it comes to emotional impact between people.”

“I deeply feel that audiences all over the United States cherish Cloud Gate more. Although many of them don’t know much about the background story and content of the work, the dancers are so good, they explained the work perfectly.”

“The audience’s appreciation process is complete and a kind of enjoyment. Appreciation is a relaxed attitude. What the performance brings to the audience, let the audience appreciate and realize that the most natural thing is the highest state is a good work. It feels like it should be, that’s what we’re after, that’s art.”

“After nearly 50 years, Cloud Gate has achieved some achievements under the leadership of its founder, Mr. Lin Hwai-min and the new artistic director, Cheng Tsung-lung. We hope that such works can be appreciated by the world. It is ours to become a shared culture of the world. target.” LEE Ching-chun said.

LEE Ching-chun introduced the 13 outstanding young dancers who came to the states for this tour. They were all trained full-time. During their time at Cloud Gate, they received training in Eastern and Western cultures, including ballet, and more importantly, internal martial arts and qigong, Meditation, all of these bring dancers a more comprehensive performance ability. They are between 20 and 30 years old. Although they are young, they have been cultivated for many years, and some have started training since childhood.

As an internationally renowned dance troupe, Cloud Gate’s works have their own way of elaborating from the choreography to how they are presented. When asked if there is any experience to share in this regard, LEE Ching-chun said: “As a contemporary dance company, we have received many kinds of training, but instead of conveying the skills of these training as artistic expression, we consider how to integrate these nutrients, the nutrients of Eastern and Western cultures, and create a new language in each work. Therefore, continuous innovation is one of our goals as a modern dance company. Therefore, we first find a theme in each work, and then work with the dancers to explore the relationship between the movements, the weight, the speed, the processing of the blank space, and for the society. What? It takes a lot of dialogue and a creative process.”

After the performance, the audience, still immersed in the artistic conception, stood up and cheered and applauded enthusiastically. The performers ended the performance after four curtain calls.

Director of the Taipei Economic and Cultural Office in Los Angeles, Louis M. Huang, said after watching the performance that the epidemic has hit the performing arts hard in the past two years. Hengchun ancient ballads, Taoist mantras, bright and colorful costumes and powerful body language vividly present the vitality and creativity of Taiwanese ordinary culture, which is very touching and successfully brought Taiwanese culture to local audiences. 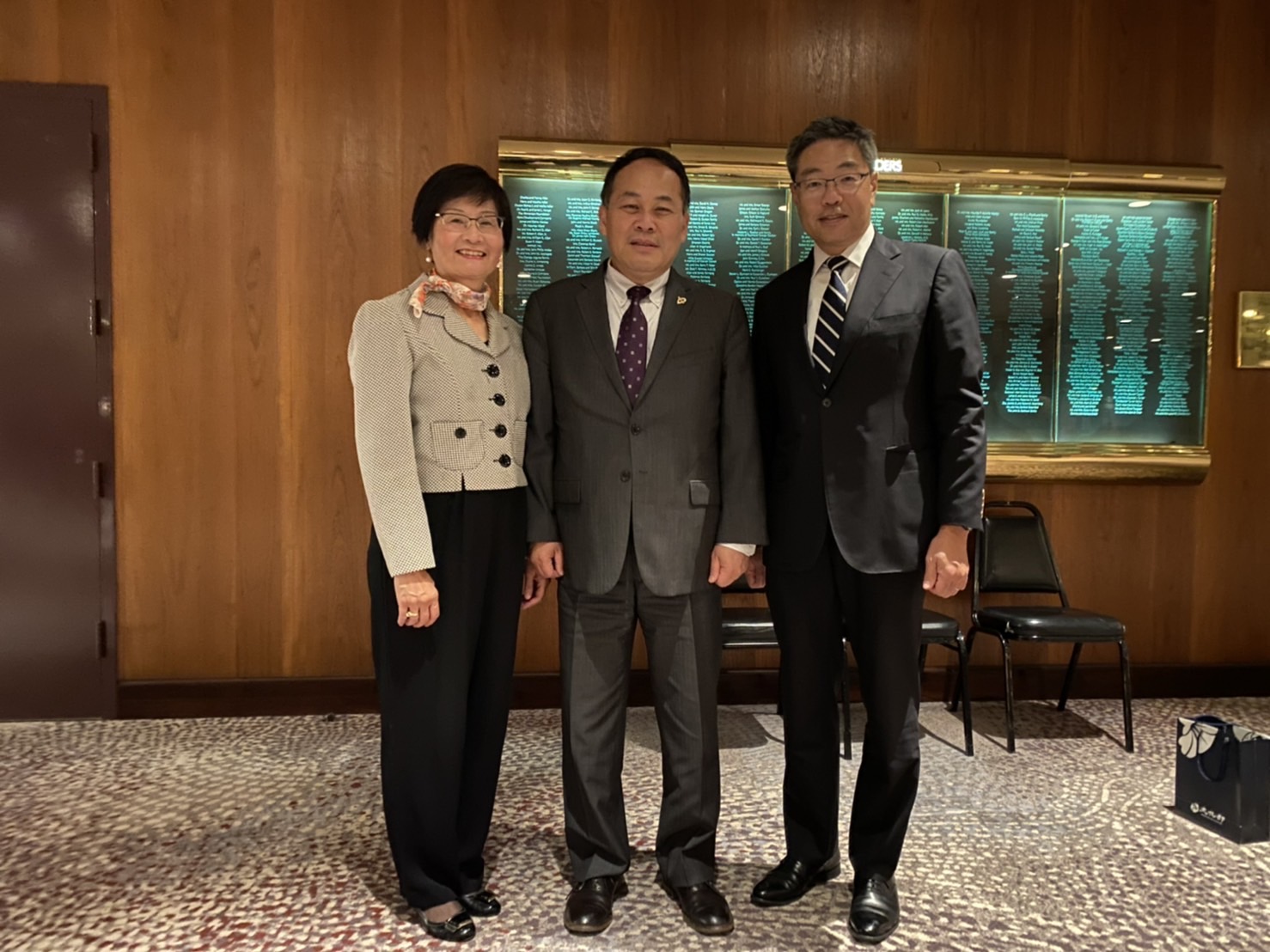 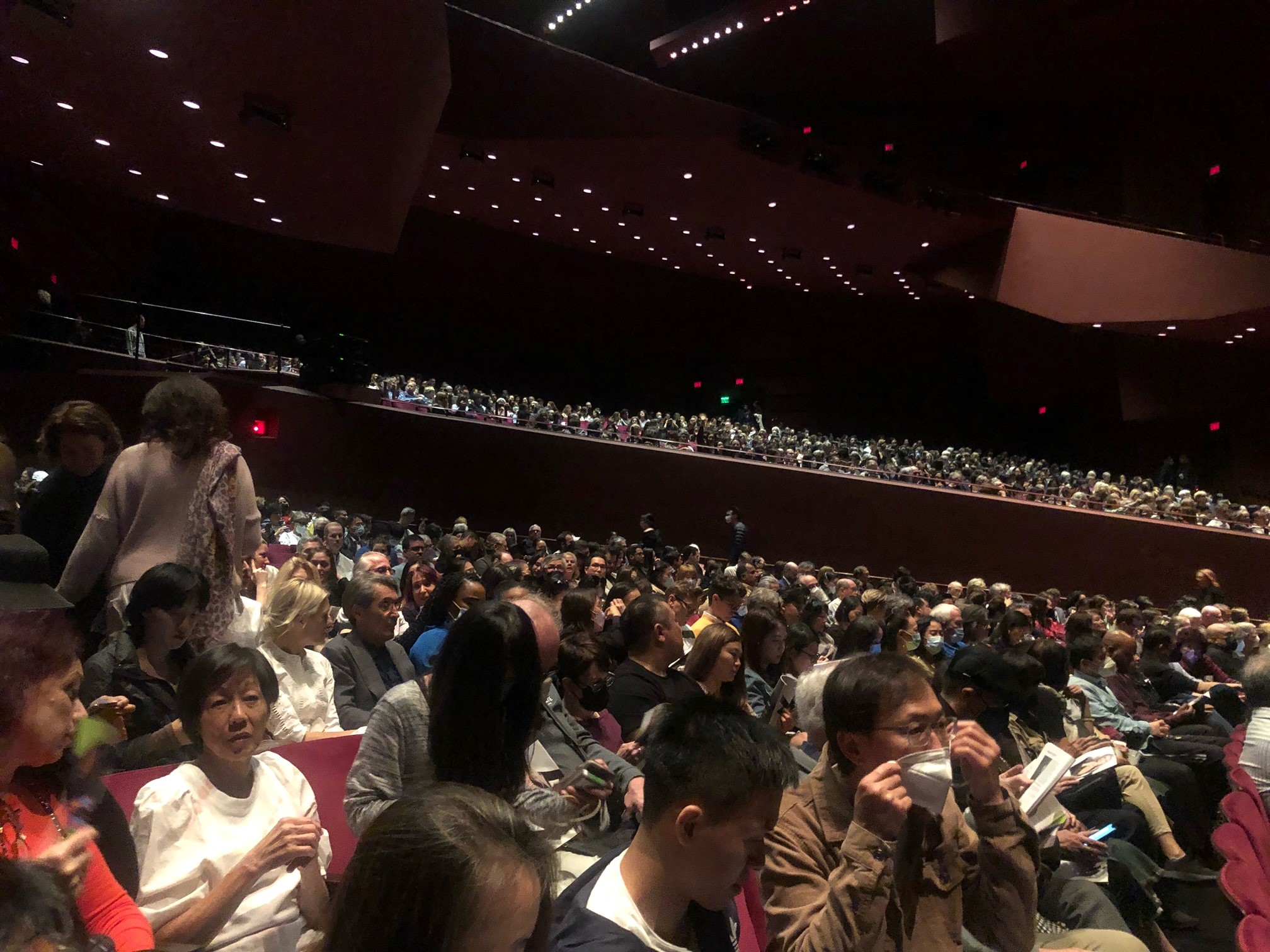 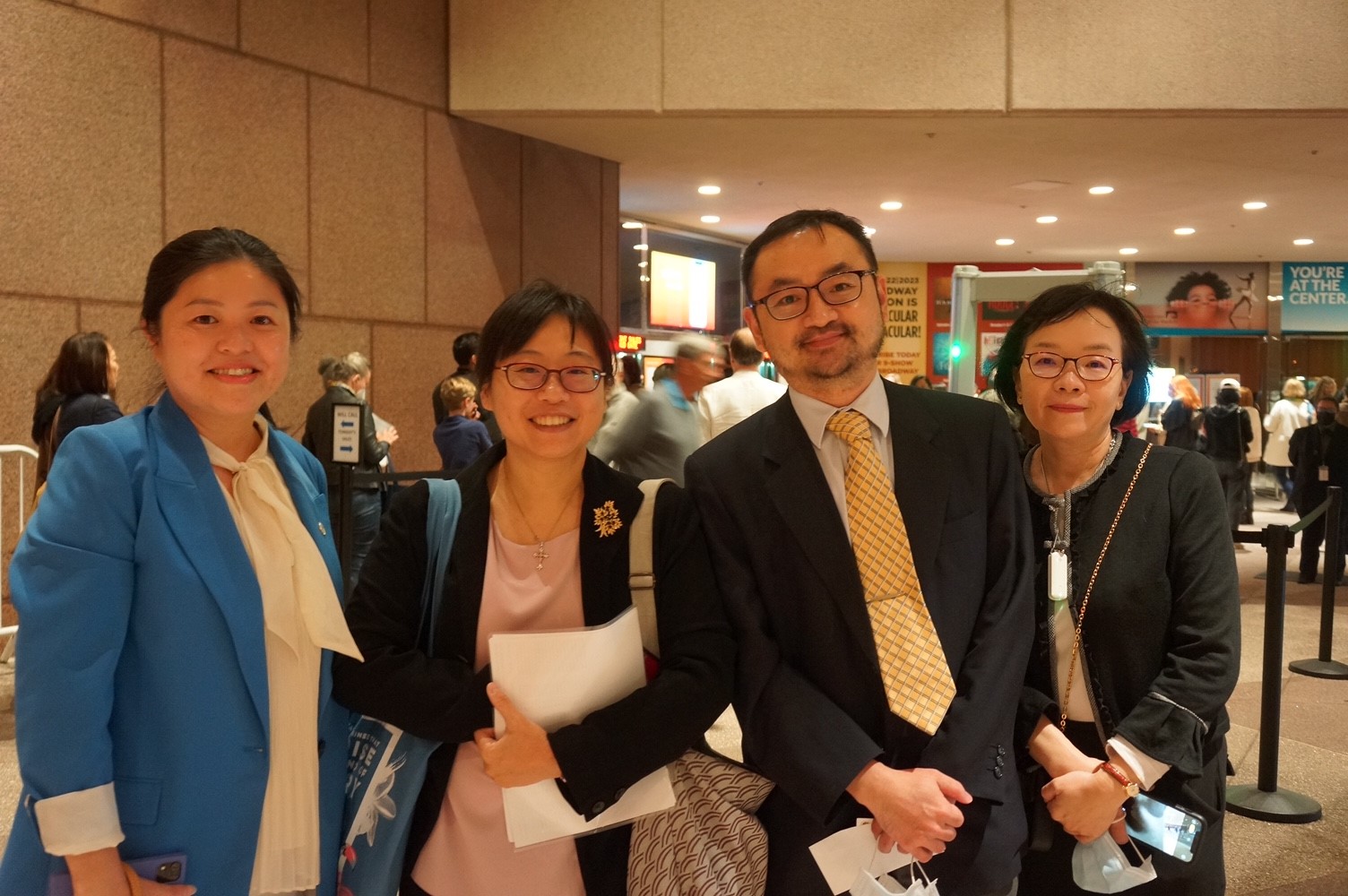 The group has cultivated a global reputation for innovative works incorporating local cultural elements such as calligraphy, history, and Hakka and indigenous music. (LAPost)