New Exciting In Conversation Series at Segerstrom Center for the Arts

AT SEGERSTROM CENTER FOR THE ARTS

WITH AN INCREDIBLE ROSTER OF TALENTED INDIVIDUALS 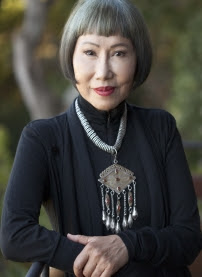 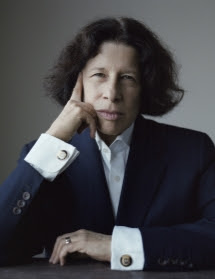 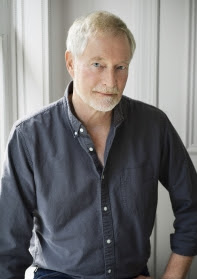 COSTA MESA, CA – An astounding roster of inspiring individuals come to Segerstrom Center for the Arts, as part of an exciting new In-Conversation Series. First is the author of The Joy Luck Club, Amy Tan on January 23, 2023. Author and comedian Fran Lebowitz will speak on February 6, 2023. Lastly, author and historian Erik Larson appears on March 6, 2023. All In-Conversation events take place Monday evenings at 8:00 pm in Renée and Henry Segerstrom Concert Hall. Three show packages start at $60.

Each person in this diverse group brings something unique to share with the audience about their books, what inspires them, and how their lives have shaped their art. Each speaker will have a celebrity host to facilitate conversation and audience involvement.

“Amy Tan has a wonderful eye for what is telling, a fine ear for dialogue, a deep empathy for her subject matter … they sing with a rare fidelity and beauty.” – The New York Times

Amy Tan is best known as the author of The Joy Luck Club, which was made into a successful film, as well as five other novels, a memoir, and two children’s books. Her work often focuses on a Chinese mother and her daughters, derived from her own experience.

She was born to Chinese parents who emigrated to the Bay Area to escape the Chinese Civil War. There were dark secrets for Tan to discover, many of which found their way into her writing and that make her books so compelling.

Tan’s novels are all New York Times bestsellers and her memoir, two children’s books, and numerous magazine articles enjoy popular acclaim. Today, she’s the subject of a PBS documentary and is still sought after for what she has to say about writing, families, and the trauma and resilience that shaped her.

This will be an exceptional opportunity to hear Tan share what made her who she is as a writer.

Amy Tan’s discussion will be moderated by Josie Huang. Josie Huang is a reporter for the Asian American communities of Southern California. In the past, she has served as a host and reporter for Maine Public Radio. She currently works as a radio host for KPCC in Los Angeles and writes for the LAist. In 2020, she was awarded the SPJ/LA Distinguished Journalist Award for working in print, television, radio, and digital media. She covers issues of immigration, housing, and religion – always keeping an ear out for underrepresented voices.

“The gold standard for intelligence, efficiency and humor. Now and forever.”
— David Sedaris

In a cultural landscape filled with endless pundits and talking heads, Fran Lebowitz stands out as one of our most insightful social commentators.

Her essays and interviews offer her views on current events and the media – as well as pet peeves including tourists, baggage-claim areas, after-shave lotion, adults who roller skate, children who speak French, or anyone who is unduly tan.

A fixture of the NY art scene since the 1970s, Lebowitz gained fame for her books Metropolitan Life (1978) and Social Studies (1981), which were combined into The Fran Lebowitz Reader in 1994.

A fascinating character in her own right, she has once again captured the public’s imagination with the Netflix docu-series Pretend It’s a City, directed by Martin Scorsese. Come spend an evening with this true American original.

“In a style that is suspenseful as well as entertaining, Larson shows us how both our highest aspirations and our most loathsome urges, (which) figured in the creation of the modern world.”
—People

Author and historian Erik Larson is the brilliant mind behind six non-fiction best sellers. Vividly written, meticulously researched gripping narratives have been Larson’s calling card since the breakout success of The Devil in the White City in 2003, which the New York Public Library named one of the 125 most important books of the past 125 years.

Hailed as “one of America’s greatest storytellers” by NPR, Larson regales us with the captivating stories behind his subjects, how he creates such immersive histories, and what strange and inspiring details show up in the random archive boxes he searches through for a good story.

Rico Gagliano will moderate for Erik Larson. Rico Gagliano is an American journalist, podcaster and radio host. He is best known as the co-host, with Brendan Francis Newnam, of American Public Media’s arts-and-culture radio show and podcast “The Dinner Party Download,” and as a reporter for the public radio business show “Marketplace”. He has served as Senior Story Editor for the Crooked Media podcast “Missing America,” and as co-writer and co-producer of Wondery’s “Jacked: Rise of the New Jack Sound,” hosted by Taraji P. Henson.

Segerstrom Center for the Arts is an innovative, nonprofit arts organization committed to supporting artistic excellence, creating impactful educational programs, and dedicated to engaging a culturally connected, inclusive and vital Orange County community for all, through the power of live performance.

As the leading cultural arts hub, the Center presents a variety of programming with performances by international dance companies, Broadway national tours, jazz and cabaret musicians, chamber orchestras and ensembles, comedy, and speaker series. Through the Education and Community Engagement departments, the Center also delivers family-friendly programming and performances on the Julianne and George Argyros Plaza; these events include outdoor movie screenings, concerts, dance classes, diverse festivals and more.

With six venues on a beautiful multi-disciplinary campus, Segerstrom Center for the Arts proudly serves as the artistic home to three of the region’s major performing arts organizations: Pacific Symphony, Philharmonic Society of Orange County and Pacific Chorale as well as two independently acclaimed organizations: Tony Award®-winning South Coast Repertory and a site opening this fall as the home of the Orange County Museum of Art. Segerstrom Center is also home to the American Ballet Theatre William J. Gillespie School and Studio D, Arts School for All Abilities.

In person and Phone-