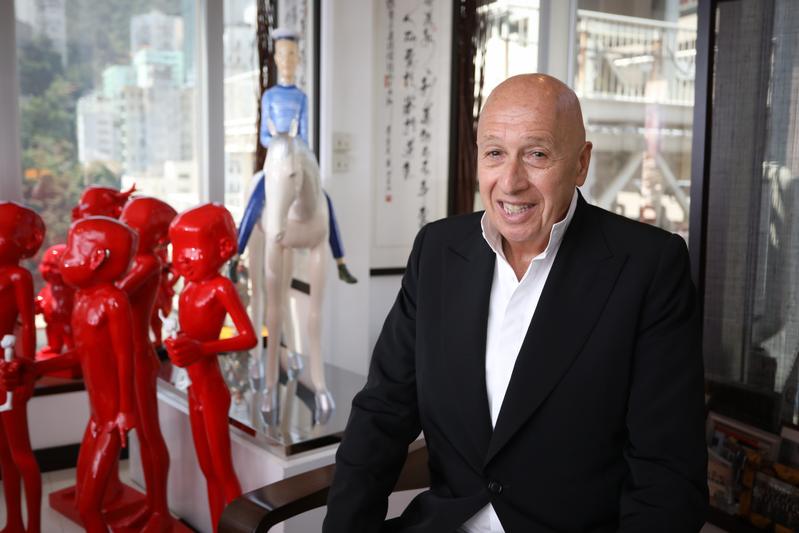 Allan Zeman, chairman of Lan Kwai Fong Group, demands the government to enact an anti-mask law in a bid to clamp down on the violence and turmoil in the city. PHOTO / CHINA DAILY

Hong Kong business leader Allan Zeman on Thursday urged the HKSAR government to get tough by strengthening law enforcement to curb the escalating violence as quickly as possible.

Enforcing an anti-mask law is one alternative that can help the city end the chaos that has gone on for nearly four months, Zeman, chairman of Lan Kwai Fong Group, told China Daily in an interview.

The business elite made the remarks after anti-government rioters again went on the rampage across Hong Kong on National Day with a new level of violence and vandalism.

He is worried about the prolonged violence which has now turned the global financial hub into a “ghost town and battlefield”.

The turmoil has already severely dented Hong Kong’s economy and its international reputation, Zeman noted, warning that the city’s reputation would be damaged forever if the violence continues or worsens.

“We’re getting close to the tipping point at which the disruption must end,” he said.

Zeman referred to his own experience in Canada. In 1970, extremists in Quebec, who were inciting the French population to separate from the rest of Canada, resorted to violence. To achieve their goals, they planted bombs in mailboxes and killed someone they had kidnapped. In retaliation, then-prime minister Pierre Trudeau invoked the only peacetime use of the War Measures Act.

“The government called in the army and literally enforced a curfew, and applied a tough law to halt the violence,” recalled Zeman, who grew up in Montreal.

Thus, the HKSAR government might have to get tougher and take drastic action to restore law and order on its own or with the help of the central government, he said.

In Zeman’s view, this would be an option which may cause a little pain in the short term, but bring long-term gain. “It’s like cancer. When you have cancer and if you don’t stop it early, it’ll spread to your body and kill you.”

Zeman believes that Hong Kong may have to introduce stricter laws, including the anti-mask law, which have never been used in Hong Kong.

Allowing protesters to wear masks is one of the catalysts for the violence, he said. “Wearing a mask really changes your personality.”

Zeman quoted one of his friends in the police force as saying that the protesters feel very strong putting on a mask. “As soon as they’re arrested, they take the mask off, and they become very much like young students.”

It’s unfair to the police if protesters are allowed to wear masks in public assemblies to conceal their identities, making it easier for them to break the law, he explained.

The businessman drew an analogy between violent protests and video games. It’s just like video games the young generation used to play, Zeman said. The mentality is “see how I can beat the enemy, which is the police.”

Hong Kong would not be the first place in the world to introduce an anti-mask law. Earlier this year, France’s National Assembly approved a law banning the wearing of masks during protests, following weeks of anti-government demonstrations. Wearing a mask could lead to a year’s imprisonment plus a fine.

Wearing a mask to hide one’s identity during a public assembly has also been banned in some European countries, including Denmark, Germany, Norway, Austria and Sweden.

After the violence ends, another thing that needs to be done immediately is to find a solution to make life better for Hong Kong people, Zeman said.