Secretary of the Democratic Party of Myanmar shares her story with China, says she feels attached with the country 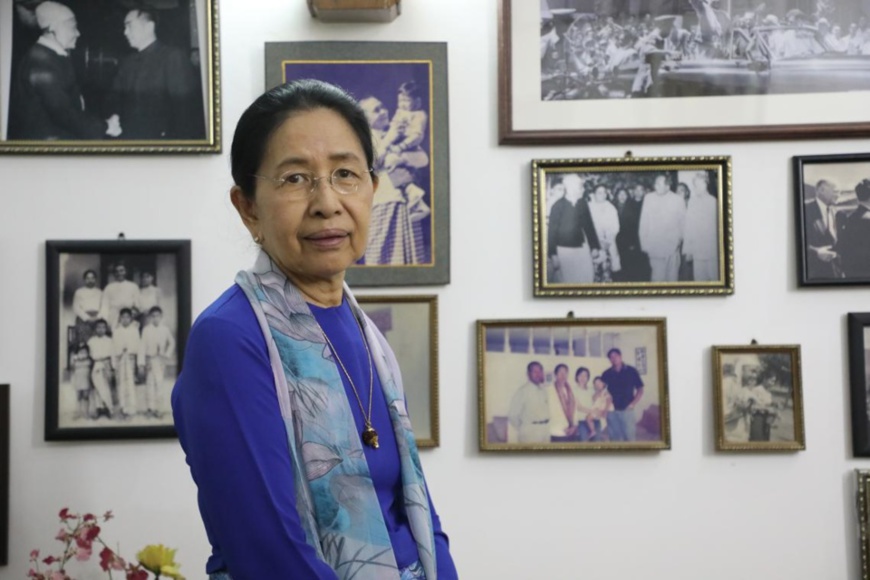 Mya Than Than Nu lives by an alley of Yangon, Myanmar. Not far from her home, lies a museum built in memory of her father U Nu, the first Prime Minister of independent Burma that collects a series of photos recording the precious moments of China-Myanmar friendship.

Under U Nu’s efforts, Myanmar became the first of countries with a different social system to recognize and establish diplomatic ties with new China 70 years ago. The former Prime Minister paid many visits to China, as a result of which he and his family established a special bond with the country.

“My father never took the family with him on overseas visits except when visiting China, which is why I feel attached to the country,” said Mya Than Than Nu.

When she visited China with her father, she met many Chinese leaders of the elder generation and joined get-togethers held for Chinese and Myanmar children.

“My father always told me that he had formed a close friendship with the Chinese leaders based on honesty and sincerity,” Mya Than Than Nu noted.

In 2014, when Mya Than Than Nu visited China, she was warmly welcomed by Chinese President Xi Jinping.

She believes Myanmar and China have promoted close cultural exchanges and maintained momentum in economic cooperation.

The Belt and Road Initiative (BRI) has received wide supports in Myanmar, and major cooperation projects, including the China-Myanmar Economic Corridor (CMEC) are under construction.

Mya Than Than Nu has a firm faith that under the strategic policies of the leaders from both countries, China and Myanmar will sign new agreements and roll out new measures for more win-win results.

Former Chinese Premier Zhou Enlai, together with U Nu and former Prime Minister of India Jawaharlal Nehru issued a joint declaration to advocate for the Five Principles of Peaceful Coexistence in international diplomacy.

Sixty years later, to mark the 60th anniversary of the proposal of the Five Principles of Peaceful Coexistence, Chinese President Xi Jinping exchanged congratulatory messages with the leaders of Myanmar and India.

The “five principles” is a major initiative in the history of international relations in the 20th century, Mya Than Than Nu said, adding that it is still vital and applicable today, playing a crucial role in alleviating regional conflicts and promoting world peace.

As a frequent visitor of China, Mya Than Than Nu said she could notice the huge changes happening to the country every time she went there. She believes the happiness of the Chinese people is a hard-won success as China is a broad country with a huge population.

She said the supports of the Chinese people for the Communist Party of China (CPC) come from the latter’s priority over the interests of the people, and the happiness of the people well explains the governance capability of the CPC.

The Secretary of the Democratic Party of Myanmar said she hopes President Xi’s visit can build on past achievements and open up a new future for China-Myanmar relationship.