Los Angeles, March. 06 (LAPOST) – “For the past few weeks, we have been moved by and grateful for the outpouring of empathy and support from friends of different walks of life, particularly from the Chinese community in our consular district.” Deputy Consul General Shi Yuanqiang said here Friday.

The Chinese Deputy Consul General to the Los Angeles made the remarks at the “Flying Tigers Assisting Peace Operations in Wuhan Charity Donation Dinner” hosted by the Sino-american Aviation Heritage Foundation, the Sino-American Friendship Cities Association and the American Flying Tigers Communication Association at city of San Gabriel.

” I’d also like to express my appreciation to all these organizations for your long time efforts to promote understanding and friendship between Chinese and American people.” he said.

According to Shi, “Last week, Consul General Zhang Ping joined LA county supervisor Barger in briefing the Chinese community about the epidemic on a roundtable conference, they appealed with one voice for more rational response by the public to minimize the negative impact on the local business and firmly oppose xenophobia and racism hetorics and acts. We hope the affected businesses will restore their dynamic at an early date.”

“We have full confidence and capacity to overcome the epidemie and strive to achieve this year’s socio-economic development goals.” Shi added. 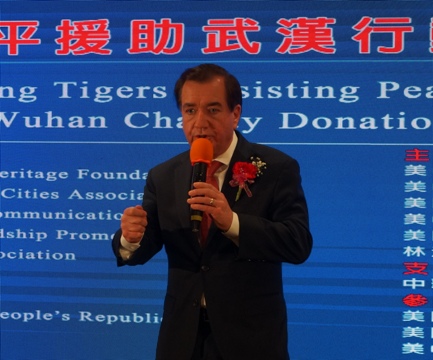 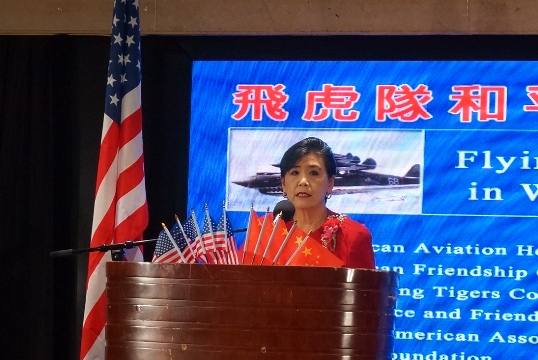