Since the beginning of the outbreak of novel coronavirus pneumonia, East China’s Shandong province and South Korea have rolled out a series of efforts to help each other in fight against the disease.

Local governments, companies and organizations in South Korea, especially those in Shandong’s sister cities, such as Incheon and Jeollanam-do, have donated a large amount of essential supplies to China and local Chinese communities. 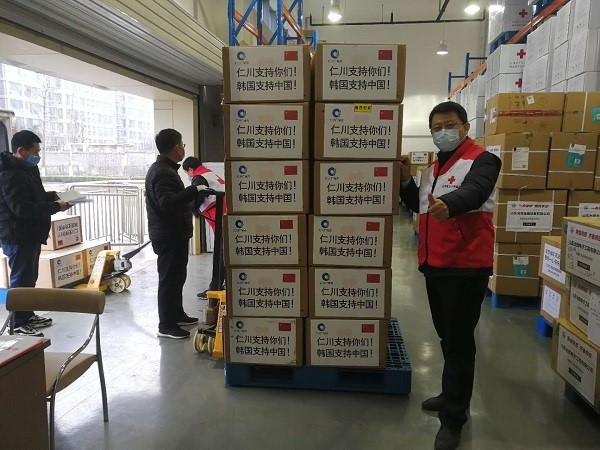 The recent surge in novel coronavirus cases in South Korea has also worried people in Shandong.

Liu Jiayi, secretary of the CPC Shandong Committee, has sent 32 letters to governments, companies and organizations in South Korea, in which he, on behalf of the provincial government, expressed his solidarity with the country.

Although the province’s epidemic control work is entering a critical stage, the government has moved in a timely manner to provide supports to its friends in South Korea. 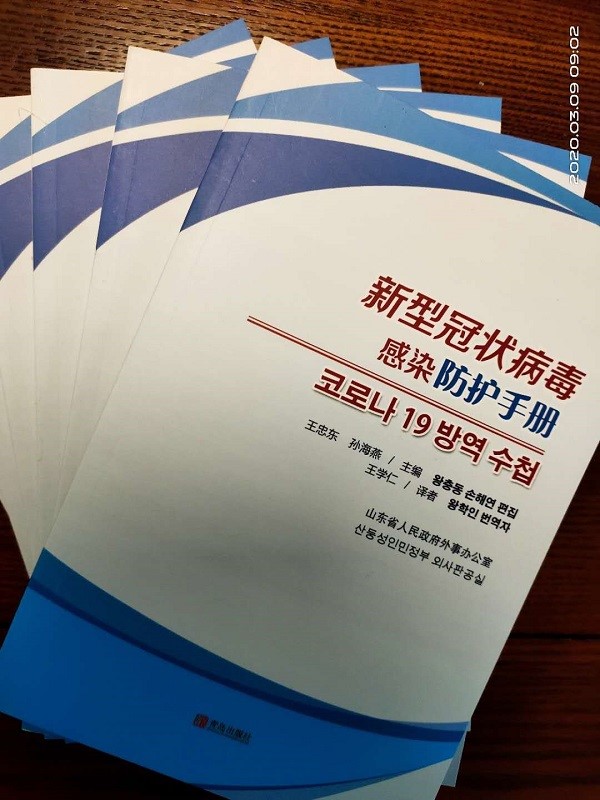 Pamphlets about how to prevent the COVID-19 are printed in South Korean and handed out to South Korean companies and people in Shandong province. [Photo provided to chinadaily.com.cn]

The provincial foreign affairs office has launched 24-hour hotlines for South Korean people in Shandong. Pamphlets in South Korean were also published to help protect them from being infected.

Shandong and South Korea started communication before the establishment of diplomatic relationship between China and South Korea. Over the past few decades, the two sides have maintained a close tie in various fields and yielded fruitful results.

Officials said the friendship has been strengthened during the outbreak and more biletaral cooperation are expected in near future.