The Yimeng Mountain area in East China’s Shandong province is famous for its legendary history and contributed significantly to the success of the Chinese revolution. It also used to have high levels of poverty. 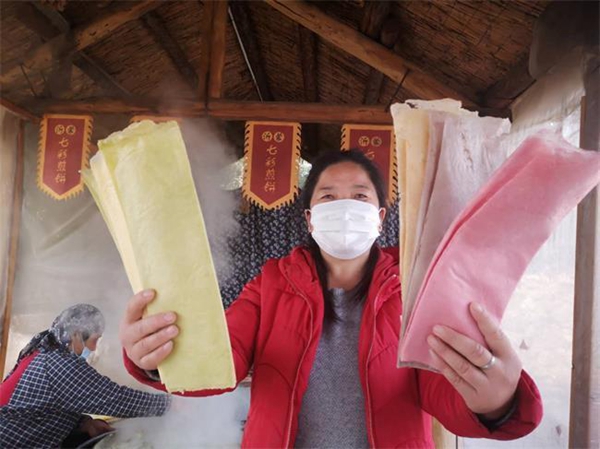 A villager shows off some jianbing she made in Xinli village, Yinan county, Shandong. Jianbing can be stored for months without going bad. [Photo/Xinhua]

“I did not expect jianbing to become one of the most popular and best-selling products in the mountain area and help lift villagers out poverty,” said Wang Benlai, secretary of the Xinli village Party branch in Yinan county.

According to Wang, the village has registered a trademark for its pancakes and sells the products to more than 20 provinces and cities across China. In 2019 alone, the pancakes made nearly 500,000 yuan ($71,337.87) in sales, which was a lot of income for a small village of only 430 people.

Wang said that tourism made the ordinary pancakes famous and helped local people get rich.

Xinli village has been working with enterprises to develop local tourism industry in a bid to boost economic development and help alleviate poverty. The village has transformed itself from an economic backwater into a charming tourism destination.

Tourism has become a major source of income for local villagers through rural homestays and activities such as fruit and vegetable picking. Tourism facilities have also been built to offer a better experience for visitors. 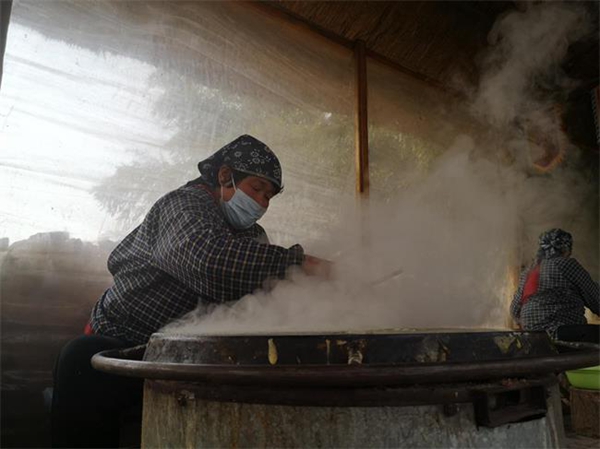 Jianbing, a common staple in the Yimeng Mountain area, similar to rice and buns, has now become a delicacy. Villagers add fruit and vegetable juice to the batter, which can be made from grain, corn, or sorghum, to produce “colorful jianbing” using traditional hand-making techniques.

A jianbing museum has also been built in the village to showcase the culture and development history of jianbing. Visitors can also try their hands at making jianbing.

In addition, the village opened an e-commerce center to sell jianbing and other special local products online.

Last year, the per capita disposable income of Xinli village reached 16,000 yuan, and the entire village was lifted out of poverty. 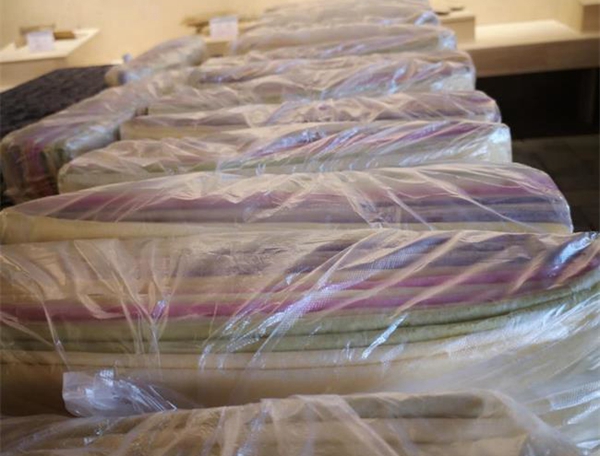 Colorful jianbing, which is often wrapped around stir-fried dishes, pickled vegetables, tofu, raw leeks with sauce, and even sugar. [Photo/Xinhua]