HATE IS HERE TO STAY 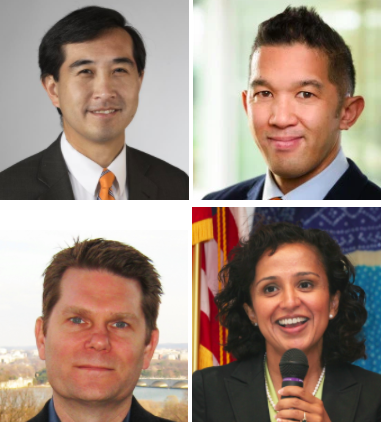 President Donald Trump and his xenophobic agenda may be voted out of office Nov. 3, but a panel of civil rights advocates predicts that bias-related crimes and incidents will continue to be on the rise.

Asian Americans have experienced the biggest increase in bias-related incidents, but the President’s implicit “permission to hate” has impacted all groups.

“Even if Joe Biden wins the presidency, these issues will not go away,” said John Yang, executive director of Asian Americans Advancing Justice, at an Oct. 9 briefing organized by Ethnic Media Services.

Tensions between the U.S. and China will continue, predicted the long-time civil rights advocate. Violent extremism unleashed by the Trump administration will also continue, he said.

“So we should not let our guard down even if the election brings changes of federal policymakers or even some state policymakers. We need to be vigilant and talk about this in thoughtful way,” said Yang.

Manjusha Kulkarni, executive director of the Asian Pacific Policy and Planning Council — A3PCON — agreed with Yang. “We don’t expect significant changes after this election,” she said, noting that Muslims, Arabs, and South Asian Americans experienced a significant backlash of hate-based violence for as long as a decade after 9/11. Some of that backlash continues still today, she said.

Hate incidents against the Asian American community have spiked in the U.S. since the beginning of the year, when the COVID-19 pandemic emerged in the U.S. Trump fanned the flames of anti Asian American xenophobia referring to COVID as “the China virus,” “the China plague,” and “Kung flu,” among other terms. He has repeatedly blamed China for the spread of the virus in the U.S. The first known case of COVID was logged in Wuhan, China’s most central city.

A3PCON logged 2,583 bias-related incidents from March 19 to Aug. 5 on its self-reporting site, STOP AAPI HATE. The portal has logged incidents in several Asian languages, but most attacks were targeted at Chinese Americans and Korean Americans. Physical assault made up nine percent of the incidents. Alarmingly, more than one-third of hate incidents took place at supermarkets and drug stores. A high number of incidents also occurred in public parks.

Women were twice more likely to be the targets of hate incidents, and elderly victims were not spared, according to data collected at the portal.

Four out of 10 Asian Americans and Black people surveyed by the Pew Research Center this summer said they had experienced discrimination during the pandemic. The survey was conducted against the backdrop of Black Lives Matter protests, as many Americans were forced to consider their own innate biases.

Interestingly, noted Neil Ruiz, Associate Director of Global Migration and Demography Research at the Pew Center and lead researcher for the report, 15 percent of Black people surveyed said they had experienced some form of hate or discrimination. But 51 percent of Black people said someone had expressed support for them because of their race or ethnicity.

Former FBI agent Michael German, currently a fellow at the Brennan Center for Justice’s Liberty and National Security program, said there is no methodology currently for tracking the number of hate crimes in the U.S. The FBI’s annual Uniform Crime Reports have a section for law enforcement agencies to report bias-related incidents — including race and ethnicity — but German said this is an unreliable source as police departments and county sheriffs voluntarily report data; reporting is not mandated.

Only about 12 percent of such crimes are reported, he said, noting that law enforcement agencies face push-back from local officials who don’t want the data reported.

“No mayor wants to be the state leader in hate crimes. So when your Police Commissioner comes to you and says: ‘Hey look at these hate crimes we’re going to report,’and you’re trying to get some multinational company to build a factory, you don’t want to be known as the hate crime capital of the world. So there’s a lot of good reasons why the police don’t report,” said German.

The researcher also noted that there is currently no way to track the rise of white supremacist organizations. The government does not track such data, and private organizations trying to track white supremacy largely rely on media reports, he said.

Yang noted Senate Bill 2043 — also known as the Jabera-Heyer No Hate Act — would provide incentives to municipalities for reporting hate crimes, and grants to set up and manage state-run hate crime reporting hot-lines.

Those convicted of hate crimes would be required to do community service directly correlated to the community harmed by the perpetrator. No action has been taken on the bill since its introduction last year.

“It really pains me that 164 Republicans opposed that resolution and there was no good reason given except that the resolution specifically called out President Trump,” said Yang.

Asian Americans Advancing Justice and other community advocacy organizations have been conducting “bystander intervention” training. Yang suggested simple interventions, such as dropping keys to create a distraction, or yelling at the aggressor, or moving the victim to a safe space, taking back power into the situation.

Kulkarni described some of the incidents reported at the portal: grandparents were walking their grandchild around a neighborhood as a group of young adults drove by, screaming racist epithets. A middle schooler was physically attacked by a bully who told him to “go back to China.” When he responded that he was not Chinese, he was punched in the head 20 times by the bully. No immediate action was taken by school administration.

Ruiz said Asian Americans and Black people are the highest mask-wearing demographic, but have also expressed concern that wearing a mask makes them look more suspicious and thus more vulnerable to attack.