Anaheim, CA – Anaheim City Councilmember Avelino Valencia has placed first in the open-seat race for California’s 68th Assembly District. Valencia will face Republican Mike Tardif in the November General Election. They are running to succeed Assemblymember Tom Daly who has represented the majority of the new district since 2012. 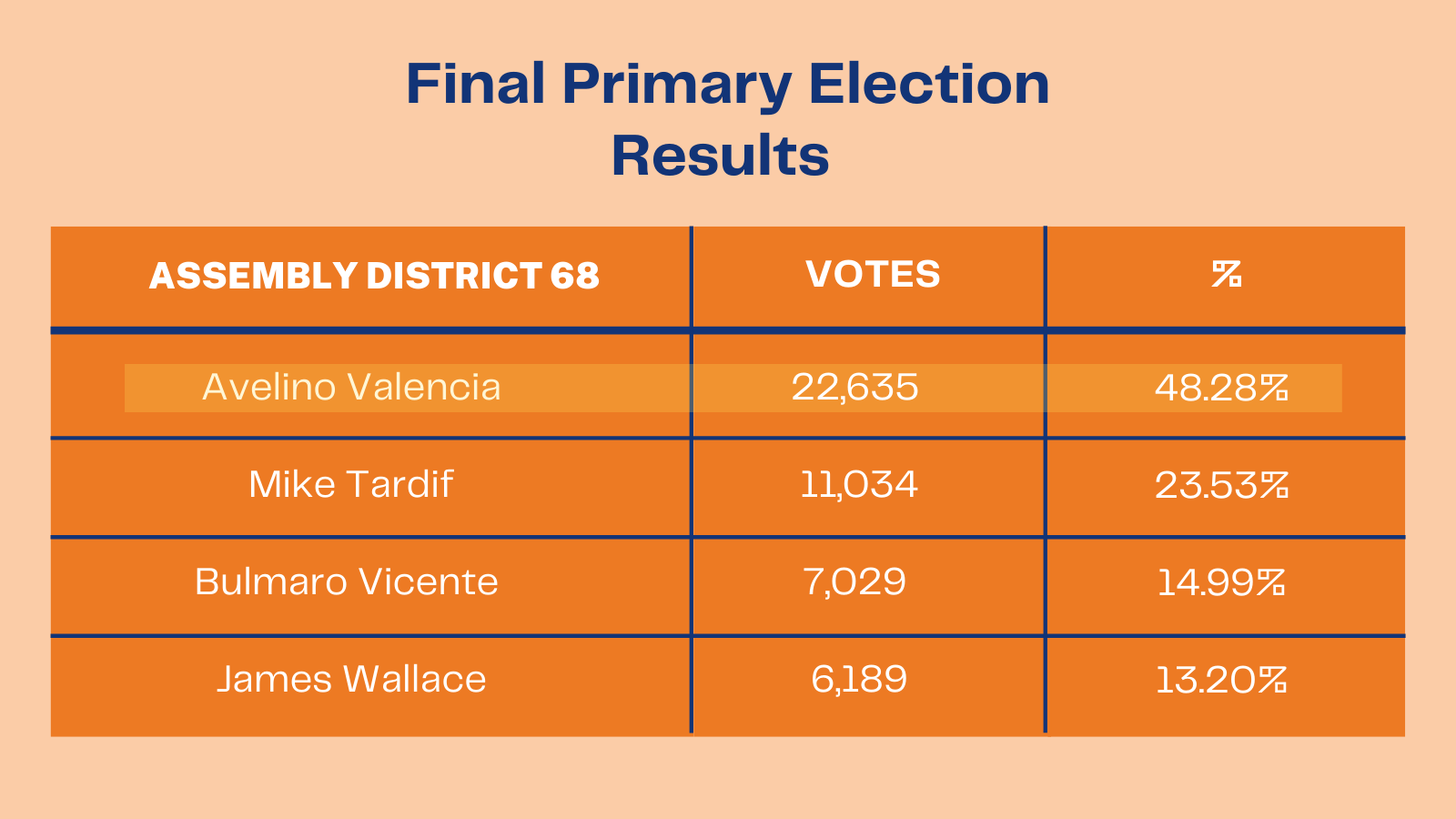 In response to the final primary election results, Valencia stated:

“I’m grateful to the voters of Anaheim, Orange, and Santa Ana who made this primary election victory possible. Our campaign was a collaborative effort put forth by family, friends, neighbors, and a broad coalition of endorsers. I’m incredibly proud of everything we achieved. As we approach November, we will continue to listen to residents and focus on bringing people together and finding common ground in order to move Orange County ahead.”