A Tale of Three Cities – How Bakersfield, Columbus and Houston Tackled Homelessness 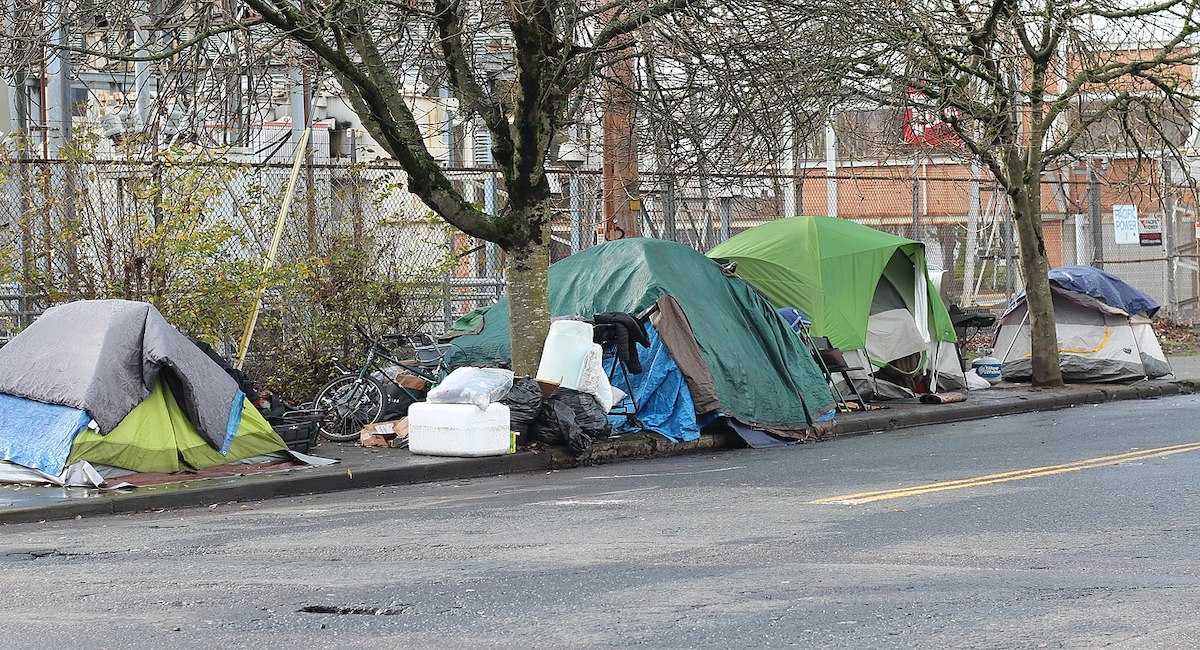 According to the U.S. Department of Housing and Urban Development, around half a million individuals nationwide are currently experiencing homelessness. Yet three cities have been able to make dramatic gains in tackling the problem with important lessons for the rest of the country.

Among these lessons: housing and homelessness are community issues requiring community solutions.

In March, 2020 the city of Bakersfield, California achieved “functional zero” chronic homelessness, while Houston, Texas placed more than 25,000 people in permanent housing, resulting in a 64% decrease in homelessness. And in 2018, Columbus, Ohio had successfully housed 70% of its homeless population.

During a July 22nd Ethnic Media Services briefing, front line workers in all three cities explained the strategies that led to their success.

“We accomplished this because we changed our mindset and our beliefs,” said Mary Scott, client services director at Open Door Network in Bakersfield. “We now believe homelessness is not an individual issue. Homelessness is a community issue.”

With that new mindset, organizations, government agencies, landlords, and homeless residents were able to partner to create support services and permanent housing for the community, Scott explained.

Work began with a comprehensive register of every person in the county experiencing homelessness, with names listed under the following categories: chronically homeless, veterans, youth, elderly, and families.

“We with the different organizations and go one by one to each person, to find out what the service provider is providing, what their status is, and what are the barriers,” Scott said.

Housing vouchers, low-income units, landlords working with housing locators, and the ‘Milestone project’ – which is refurbishing motels and turning them into permanent housing units – are all part of the strategy.

“Some of our continued challenges are the lack of affordable housing: we have a 2% vacancy rate, and we identified 1,603 unduplicated homeless individuals in our 2022 headcount,” she continued. “It is also a struggle finding landlords and property owners who are willing to rent to our clients who have little to no income.”

Evictions are another challenge. In Columbus, Ohio, addressing the homeless crisis meant “getting ahead” of eviction filings.

“We are bringing more landlords on board, not to sell them on the tenants themselves, but on the support services that we have in place to keep people housed,” said Marcus J. Salter, housing stability specialist at the Community Mediation Services of Central Ohio.

His agency is one of several that form the Homeless Prevention Network, a collaboration of housing providers and mental health agencies created after the pandemic to connect homeless residents to support services.

“I’ve heard landlords say, ‘We had a tenant here, a situation happened, and we didn’t know who to contact.’ We can make those support services more accessible,” said Salter.

Currently, the Homeless Prevention Network is working to reduce demand at the city’s five single adult centers and two family shelters, all of which are filled to capacity, by moving people into more permanent housing.

According to Scott, the network “diverted 311 people away from entering shelters” between January and March of this year, with a total of “2,035 long-term homeless residents served by permanent supportive housing.”

Houston took a similar approach, moving 25,000 people from the streets and into permanent housing over the past decade. Back in 2012, the nation’s fourth most populous city had the sixth largest homeless population in the country, with service providers operating in silos.

“We were not looking at our data to make sure that the decisions we were making were in line with what the community needed. And our recidivism was very high,” said Ana Rausch, vice president of program operations at the Houston Coalition for the Homeless, an umbrella organization that brings together more than 100 nonprofits and local government agencies.

“Our partners and funders all came together to identify the common goals for the homeless response system.”

And according to Rausch, 95% of individuals supported stay housed.

“We use the Housing First model: we take someone from the streets and we put them into a place and then once they feel safe, having a roof over their head and food in their belly, then they can begin to focus on the issues that might have led to them becoming homeless,” she noted.

Harris County, where Houston is located, also managed to decommission 57 homeless encampments, thanks in part to additional COVID resources from the federal government, with individuals being moved into permanent housing.

“We had a lot of market-rate units,” said Rausch, “but it’s gotten to the point where there’s really not many vacancies left.”

California now holds the dubious distinction of having the nation’s highest homeless population, tallied at an eye-popping 60,000 people.

“And that’s not because they’re mentally ill, on drugs, or because they’re criminals,” said Matthew Lewis, director of communications at California Yimby, a statewide housing policy organization. “It’s because they lost their homes.”

YIMBY is the acronym for Yes In My Backyard and refers to those who support greater housing developments in their own neighborhoods.

Despite California’s continued economic growth – if it were a nation, California would rank as the world’s fifth largest economy – zoning law restrictions and a legacy of redlining, which prohibited minorities including Asians, Latinos and African Americans from purchasing homes in certain neighborhoods, are impeding the construction of affordable, multifamily housing.

California Yimby works at the state level to try to reform the legislative framework around housing, which, according to Lewis, stands in the way of serious attempts to address the homeless challenge.

“The legacy of segregation lives on in these neighborhoods and our cities have made it virtually impossible to add housing at all ends of the income spectrum,” he said. “We’re trying to reverse those historic mistakes.”