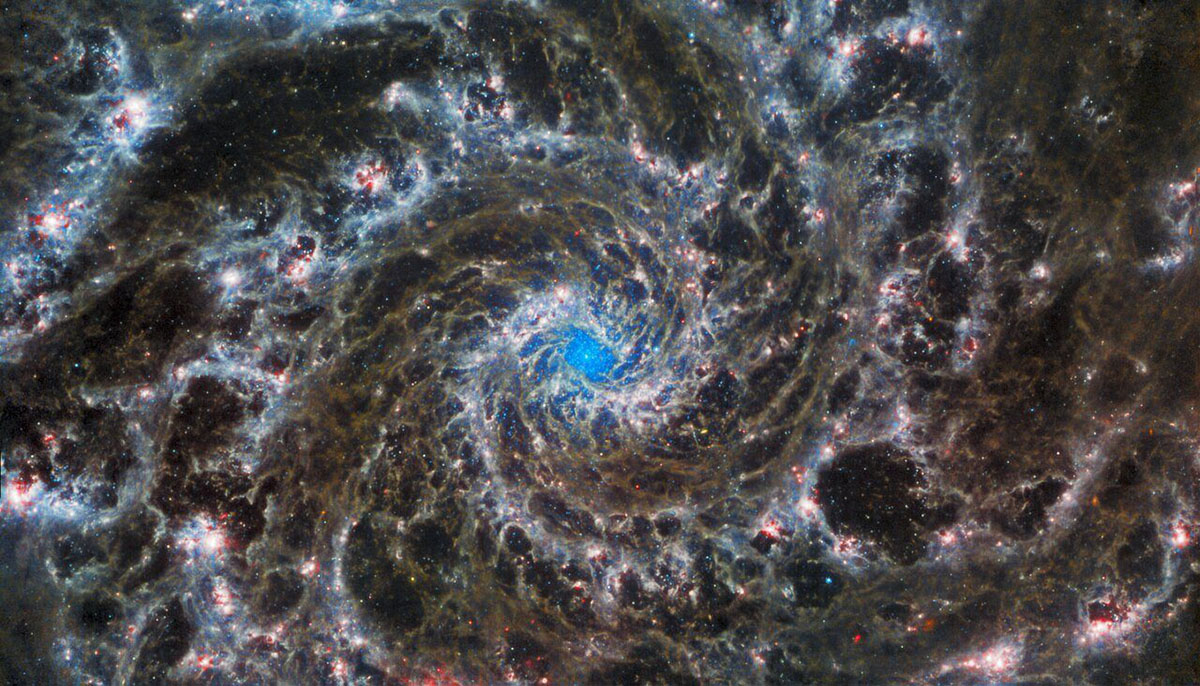 The successful launch of the James Webb telescope in December reinvigorated excitement over the seemingly endless opportunities to expand our understanding of the universe. According to scientists, the next great endeavor is building a base on the moon.

That goal is part of the mission behind the Artemis 1 moon rocket, whose launch was again delayed due to Hurricane Ida now battering Florida’s coast.

“The mission is to make sure that traveling to the moon for humans for many days is safe,” said Alexandra de Castro, science and technology communicator at PASQAL, which designs quantum computing programs.

When it does launch Artemis 1 will carry human-size dummies fixed with detectors to determine the amount of radiation humans might be exposed to over longer periods of time on the moon. According to de Castro, Artemis Two’s launch — scheduled for May 2024 — will take four astronauts including possibly the first female astronaut to walk on the moon.

Castro spoke during a briefing organized by Ethnic Media Services looking at what lies ahead in space exploration.

“China and Russia are also collaborating on a lunar base,” noted de Castro, hinting at the potential for a new space race like the one that defined much of the Cold War following the Soviet Union’s launch of the Sputnik rocket in 1957.

In more recent years Russia had been collaborating with NASA on the International Space Station and was working with both NASA and the European Space Agency on the Gateway project, which aims to establish an orbital station around the moon. Food and other supplies were to be transported to the station using Russian-made modules that would ferry back and forth from Earth.

But Russia severed all cooperation immediately following its invasion of Ukraine, and has since turned to its ally in Beijing, de Castro stressed.

The last manned mission to the moon was Apollo 17 in 1972. The journey back then took 12 days and was fraught with potential danger given how little scientists understood about the risks of space travel.

“We now have a lot of information from the 20 years of experience with the International Space Station,” de Castro said, adding this next phase in humanity’s reach for the stars holds tremendous possibility in fields that extend well beyond space: from health care to communications, transportation, and climate change.

And then there is the question of extraterrestrial life.

Marcio Melendez is with the Space Telescope Science Institute (STSci) in Baltimore, Maryland and was part of the team that worked on Webb’s mirrors. “Three years ago, we only knew of one exoplanet,” planets orbiting stars outside our own solar system. “Now we have 5,000 exoplanets and many of them are earth-like.”

American astronomer Edwin Hubble’s discovery of the Andromeda Galaxy in 1924 dramatically reshaped our understanding of the universe, proving its expanse far beyond our own Milky Way. NASA has since placed over 90 telescopes into orbit hoping to further deepen our view of the cosmos.

That effort has led to the discovery of billions of stars and galaxies and has brought humanity closer than at any other point in history to answering some of our most perplexing and profound questions: where do we come from, how was the universe formed, and is there life outside our solar system?

“We need to think big and there is nothing bigger than the James Webb,” said Melendez. “Think about a telescope that is so sensitive that you can see the heat signature of a bumblebee on the moon.”

That sensitivity is due in part to Webb’s infrared optical technology, which must remain at an otherworldly temperature of below 7 kelvin, or roughly negative 500° Fahrenheit. Maintaining such frigid conditions — even in the vacuum of deep space — requires a massive, origami like sun visor that shields the telescope from the warming rays of the sun.

“Virtually every single image that we take with James Webb is a deep field,” meaning an image that peers into the blackness of space, explained Melendez. Each image, he adds, contains “hundreds of galaxies in the background,” making Webb something akin to a “time machine,” able to see light that has traveled billions of years stretching to the origins of the universe.

The telescope is also able to detect how planets and stars form and how galaxies interact.

“Webb is able to characterize the abundance of different molecules in the atmospheres of exoplanets,” which can help determine the presence of life, said STSci’s Nicole Arulanantham. “Now whether that life is intelligent, we don’t know.”

Arulanantham’s main area of research is the formation of stars and planets. With the Hubble Space Telescope, she and her team have been looking at how young stars use ultraviolet light in the process of planet formation. “This tells us how quickly the stars are growing,” she said.

With Webb, she and her team will now be able to determine the role that water plays in that process, explaining that molecules like hydrogen cyanide, an important carrier of hydrogen, carbon, and nitrogen, essential to forming life on earth, can be seen with the telescope.

For de Castro, one of the greatest achievements in space exploration is right here on earth. The Artemis Accords are a series of bi-lateral agreements between nations participating in the Artemis program, bringing together scientists from around the globe as part of an effort to return humans to the moon.

“This is how science is done today,” she said. “It teaches us how to deal with one another.”