Boeing 737 Plane With 143 On Board Skids Into St. Johns River In Florida 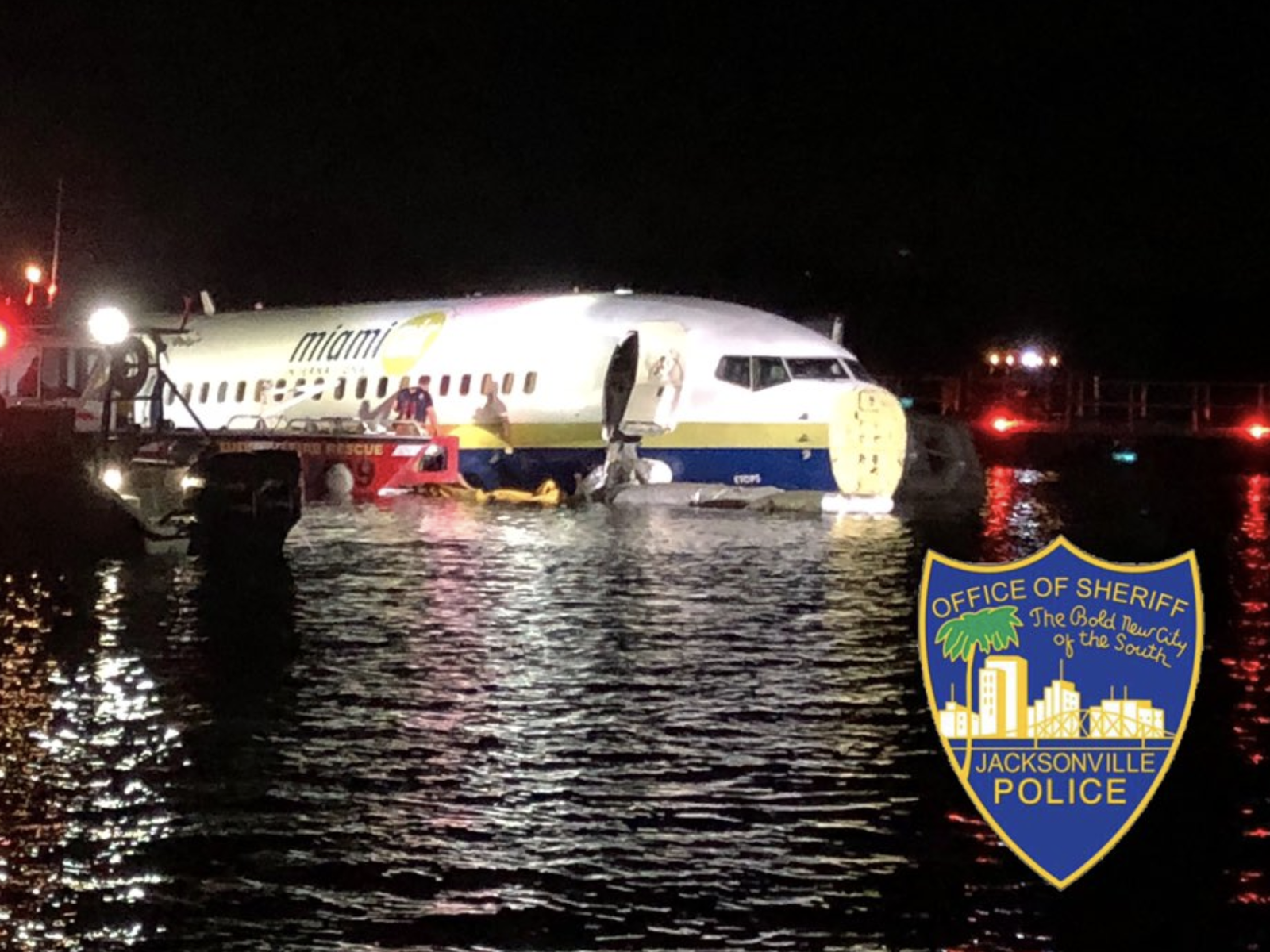 A plane arriving in Jacksonville, Fla., skidded into the St. Johns River on Friday night.

A Boeing 737 arriving at the naval air station in Jacksonville, Fla., from Guantanamo Bay, Cuba, skidded into the St. Johns River on Friday night.

All 136 passengers and seven flight crew members on board are alive and accounted for, officials at Naval Air Station Jacksonville said in a statement. Twenty-one adults were transported to local hospitals with minor injuries reported.

“Non-critical status is what we had of the 21 individuals transported [to local hospitals],” Jacksonville Fire and Rescue Department spokesman Tom Francis said.

The plane, which went off the runway at 9:40 p.m. ET, was in “shallow water” and “not submerged,” the Jacksonville Sheriff’s Office said on Twitter. 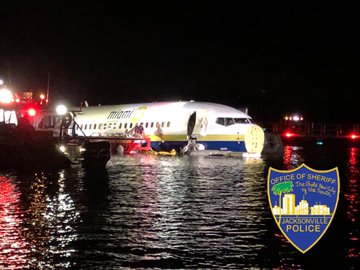 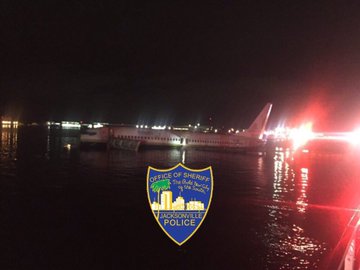 #JSO Marine Unit was called to assist @NASJax_ in reference to a commercial airplane in shallow water. The plane was not submerged. Every person is alive and accounted for.

Navy security and emergency response personnel are on the scene, and an investigation into the accident is underway, the Navy statement said.

Boeing also said it was investigating the incident.

“We are aware of an incident in Jacksonville, Fla. and are gathering information,” Boeing said in a tweet.

Jacksonville Mayor Lenny Curry posted updates on Twitter. He said the White House called to help as the situation unfolded.

Officials did not immediately say what caused the plane to leave the runway.