Los Angeles, CA (July 4th, 2022) – Southern California cultural celebrity and founder of Evergreen Books, Liu Bing, was awarded the 2022 “American Chinese Culture Overseas Inheritance Lifetime Achievement Award” in recognition of his outstanding contributions and outstanding achievements in inheriting Chinese culture overseas for more than half a century. The All America Chinese Youth Federation, the non-profit organization and the Los Angeles Post that awarded the award, also presented the 2022 “Chinese Community Service Lifetime Achievement Award” to a Chinese political pioneer, co-founder of the Southern California Elected Officials Association, Dr. Sophie Wong, former chairperson of the Alhambra School District Board of Education, commended her for her unremitting and outstanding contributions to the Chinese community over the past few decades. The winner of the 2022 “Outstanding Achievement Award in Chinese Culture and Art” is Qi Hanyou, a member of the Chinese Calligraphers Association, a member of the presidium and director of the Creation Committee of the Shandong Calligraphers Association, and a professor-level researcher. He affirmed his outstanding achievements in calligraphy art creation and his research achievements in calligraphy art and creation.

Mr. Liu Bing was born in Shanghai, moved to Taiwan and then immigrated to the United States. In 1978, the first Changqing Bookstore was established in Los Angeles, and within a dozen years, it has grown into the largest Chinese bookstore in the United States with more than ten branches. The “Evergreen Art and Literature Salon” was also set up in the bookstore to hold various Chinese book exhibitions, periodicals exhibitions, calligraphy and painting, photography exhibitions, etc. In 2002, Mr. Liu Bing officially retired, but his cultural career did not end there. A sense of sacred mission prompted him to continue to work hard in Chinese books, publishing, collection and donation, etc., to make Chinese culture more widely known overseas and continue to move forward.

Mr. Liu Bing’s donations have been distributed across the Taiwan Strait and three places as well as major museums, libraries, universities and research institutions in the United States, including Duo Yunxuan, a well-known painting and calligraphy society in Shanghai, Shaanxi History Museum, Sichuan Museum, Huamei Museum, China Printing Museum, Shanghai Press and Publication Museums, Huntington Library, University of Los Angeles, University of Southern California, California Institute of Technology, University of Irvine, Sanyuan Yuren Memorial Hall, etc., all have his ancestral and collection donations. Including the treasured long scroll “Thousand Characters in Cursive Script” written by Yu Youren, which he donated in 2010 and is now in the Shaanxi History Museum.

In 2017, Liu Bing facilitated the collection of 12 important cultural relics and documents of Qian Dajun, the first mayor of Shanghai after the Anti-Japanese War, into the Shanghai History Museum.

In 2018, Mr. Liu Bing donated the 100 cultural relics to the Shanghai Cultural Foundation, including paintings, seals, manuscripts and books collected by the Liu family for many years, as well as the early historical materials of Shanghai Art School. This batch of first-hand cultural relics includes Liu Haisu’s “Self-improvement” written for Liu Bing when he was 95 years old, Wang Jiyuan’s Chinese painting “Lotus Pond Love”, Qian Shoutie’s lithograph gifted to Liu Yanong, and Yu Youren’s calligraphy in 1937 Collections, autobiographical manuscripts of Liu Yanong, and many works of Liu Bing. 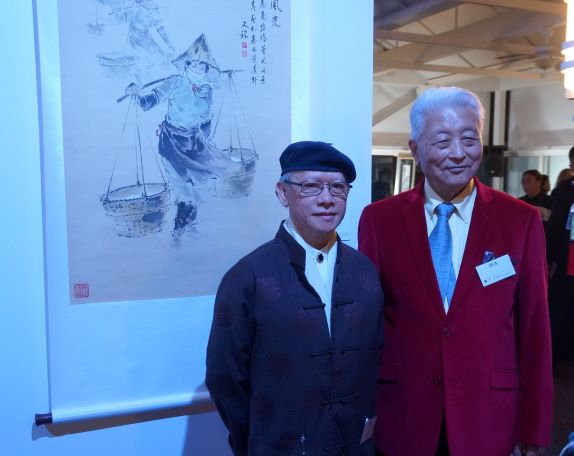 Whether as a publisher or a collector, Mr. Liu Bing is a humble gentleman who is low-key and widely respected in the American Chinese community. Everything he does is for the spread of Chinese culture overseas. At the age of 90, Mr. Liu Bing is still active in various overseas inheritance activities of Chinese culture in Southern California. After receiving the award notification, he expressed his surprise and gratitude, but he still kept a low profile and said, “This is my retirement from retirement. The greatest honor, but it has also added a lot of pressure, and I have to continue to work hard, and at the same time hope that the younger generation can follow in the footsteps.”

According to the organizer, there is only one winner for each of the three important awards this year. The contributions and achievements of the winners are the best candidates for this year, which ensures the seriousness of the awards and the wide influence of the selection results. . These awards are to thank and commend those who have made outstanding achievements in the overseas inheritance of Chinese culture, service to the Chinese community, and creation of Chinese culture and art, to show the American mainstream society the Chinese elites who have made outstanding contributions to the international community, and to let the mainstream people pass the Their deeds and achievements understand the beauty of Chinese culture; at the same time, they promote and strengthen the full confidence of the Chinese community and the new generation of Chinese in Chinese culture. 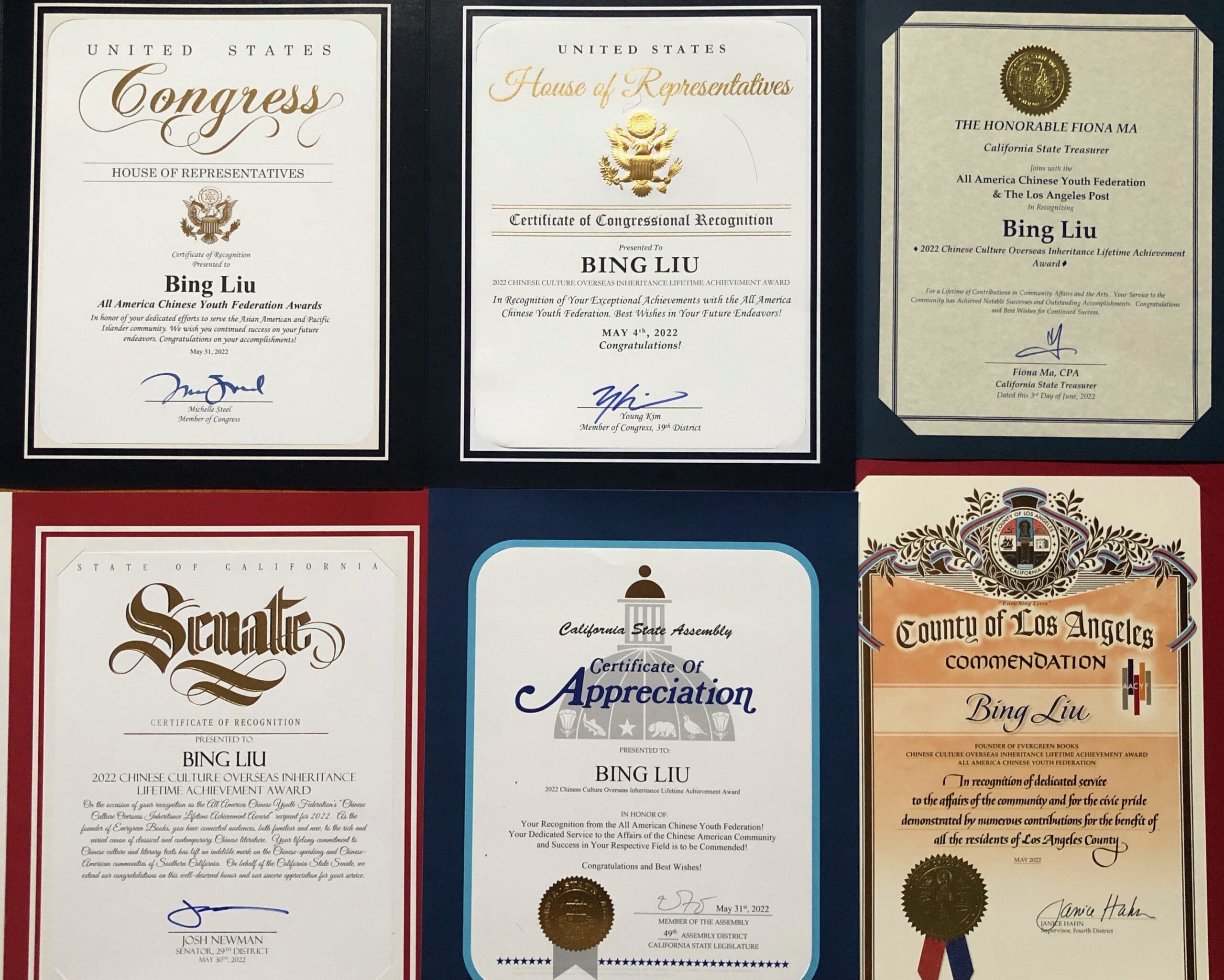 According to reports, the All-China Youth Federation started to set up annual selections across the United States such as the “Top Ten Chinese Outstanding Youths in the United States” and the “American Youth Elites Under 30” since 15 years ago. At the same time, the winners of the annual “Lifetime Achievement Award” and “Outstanding Artistic Achievement Award” are selected. The annual selection is held during the Asian Pacific American Cultural Heritage Month in May each year. These annual awards have their own strict selection criteria and a total of only three per year. To the limit of five winners, there is only one winner for each award. From March every year, celebrities from all walks of life propose candidates, and no contact with candidates is required during the nomination and selection process. After fifteen years of accumulation, these awards have become the most influential and professional Chinese authoritative awards in mainstream American society during the annual “Asia Pacific American Heritage Month”.