“The Power of the Dog” won the Best Global Picture at the first Aollywood Five Continents Film Festival, with Denzel Washington as the Best Actor and Kristen Stewart as the Best Actress.

“The Power of the Dog” won the Best Global Picture at the first Aollywood Five Continents Film Festival, and “The Battle at Lake Changjin” won the Best Chinese Picture in the Chinese language category.

Woody Allen, the 87-year-old American director, screenwriter and actor, won the Lifetime Achievement Award. Over the past 60 years, he has written, directed and even acted in a number of classic films, which are loved by fans worldwide for his unique personal style and connotations.

The Aollywood Five Continents Film Festival is a global international film festival sponsored by the Aollywood Producers Association in Macau on September 8, 2022. The award name is Golden Jasmine Awards, which selects films that are released in various countries and regions around the world. The selection period for the Aollywood Five Continents Film Festival is for new films that were first released in countries and regions from January 1 to December 31, 2021. 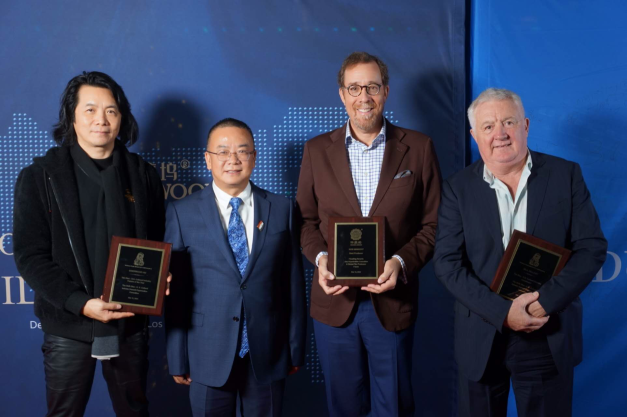 The World Film Industry Conference aims to build an international platform for the interconnection of China and the world film, and a Chinese platform for the sharing and governance of the global film industry community of destiny, to create a significant global event in the film and television industry, to enhance mutual learning and sharing between the peoples and cultures of the East and the West, and to create a “Davos Forum” in the field of world culture.

The first annual meeting of the World Film Industry Conference was held in Los Angeles from December 11 to 12 this year, with a variety of activities including the Global Film Academy Deans Forum and the Global Film Producers Summit Forum.